Woo hoo! My M-spike is down just another teeny smidge to 2.4. All of my other numbers are good. This really isn’t that much of a change from last month’s 2.5, but I felt like posting a different photo of Bon Jovi in a short-sleeved t-shirt this time. I decided to go with something fun from the ’80s: 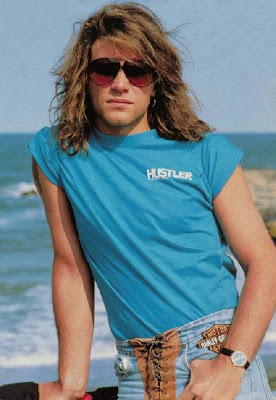 And while I can’t stop laughing at his pants, I know that, had I seen this photo in a magazine in the 1980s, I would have cut it out and hung it on my wall. And I would have called friends and told them to come over and look at it. And they would have been jealous.