This past Tuesday, Olivia had her wisdom teeth pulled, as well as a molar that had been trapped by one of them, cut free and wiggled up. This was the first time she was having anesthesia or anything done for that matter. I wanted to go in with her until they put her to sleep but thought they wouldn’t let me. They did, without me even asking. It was sad to watch, and I could feel my heart racing away, but I stay outwardly calm during tough stuff like this. When she was in recovery, they let me go in and sit with her. After a while, we got her up to a sitting position and she started vomiting. It was not pleasant. I was there with her alone, had to pull the gauze out of her mouth, which was stuck to her braces, so she wouldn’t choke, and she was half asleep. I called for the nurse. She continued to vomit and it was getting a little upsetting because she was so asleep that she was having trouble clearing her throat. Suddenly, I felt a faint coming on. Ran to the waiting room by Tim and took a drink of water. I sat down and a nurse came out. They put me on a rolling chair, got me to a room and I laid on one of the treatment chairs and out I went. When it was over, I had not even realized I’d actually fainted and then was told I got sick to my stomach while I was out.
Thoughts of my mom’s episode in Cape May came to mind. I was ticked. I don’t faint from medical stuff or blood. What the heck!!! Can’t anything in our lives go simply? Now they were taking care of both of us and I couldn’t even be there with my kid. Tim was walking back and forth between the 2 rooms and I told him to just stay with Liv. They had to “stick” her again and give her IV Zofran. She still threw up. Eventually, she was not waking up  well and still nauseous. The doctor said, “her stomach is empty, she is dehydrated, I’m going to give her a bag of fluid and she will come around.” He told Tim that this happens once or twice a month. So, the poor kid is still throwing up and gets stuck a third time for an IV. They gave her another dose of Zofran and finally, she stopped getting sick and after about a half bag of fluids, she started to come around. Tough day for our family. I was warned that if she ever gets anesthesia again, the doctor has to be told about this reaction so they can pre-med her with anti-nausea meds. I was ticked that I passed out and that always brings up fear with me due to my medical history. I spose I was a little dehydrated myself and being on blood pressure meds now, I guess the upset from watching my kid be that sick just made my BP drop too low. We did not leave for home until 3 hours after her surgery had been finished. Crazy. I have to get over it. I’m disappointed but, what can ya do. I guess I am going to have to be more careful about eating and drinking enough, especially when something stressful is going on. I called an MM friend of mine the other day. He told me that he was an EMT and on the rescue squad for years. Taught CPR classes, delivered babies on calls, saw horrendous accidents where people died and even saw decapitations. He was able to deal with all this without any problems. But, some years before, his 8 year old son had his thumb shut in the car door and this man passed out cold as they worked on him in the ER of the hospital. So, he said to me, “Denise, you were being a parent.” It’s been a big blow to me though to lose confidence in myself in that respect. I am around medical stuff A LOT with Tim. I sure don’t want this to happen again. OY! It seems nothing goes smoothly for us. Luckily, I was able to get Liv thru the next few days with ibuprofen, as we were worried her gut wouldn’t tolerate the narcotic pain meds, as my doesn’t either. She is better, though still a bit sore. Had a lot of cutting and digging go on in her mouth, but, it’s over and we’re glad of it. Now, her orthodontist can finish up with her braces and she’ll probably get them off sometime next year. That kid’s smile has cost us 7500 bucks OUT OF POCKET. SHEESH! She’s worth it but it’s times like this I’m glad we only have one. Moving on. 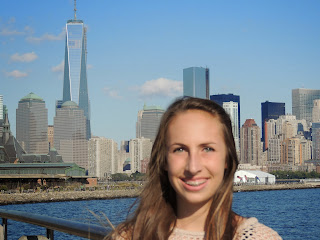