Skip to content
Just received my new rig, a Yaesu FT-1000MP Mark V (200 watt version) on May 3rd, 2010 and absolutely love it! I purchased it from W4CCW Craig. It is loaded with filters,a VRF=Variable Receiver Front end and much much more to help dig those really weak signals out of the noise, especially on CW! I have already sold my Kenwood TS-570D to KD8KAK Tim in Ohio and recouped some of the bucks spent out on the Mark V. Also, finally got new coax to set up my other two antennas. I’m putting up a Hustler 5BTV vertical ground-mounted with 30 radials cut for the 40 meter band and also a Double Bazooka cut for 3.895 Mhz made and given to me free of charge by my good friend KT4FW Sid. Well, that’s the latest from the KU4GW shack so until next blog very 73!
Cliff KU4GW
A FEW PHOTOS OF THE NEW RIG 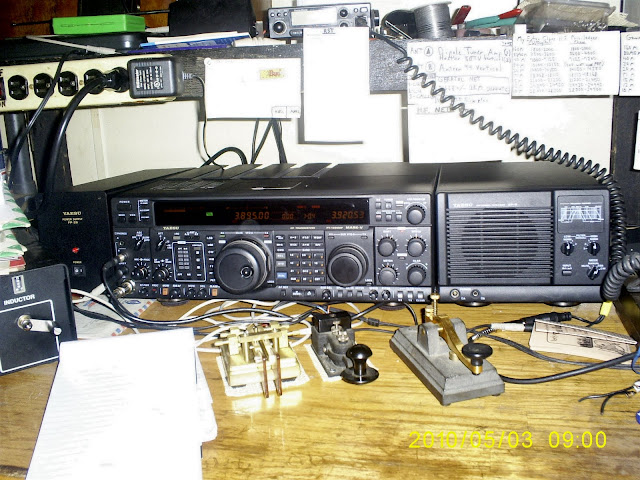 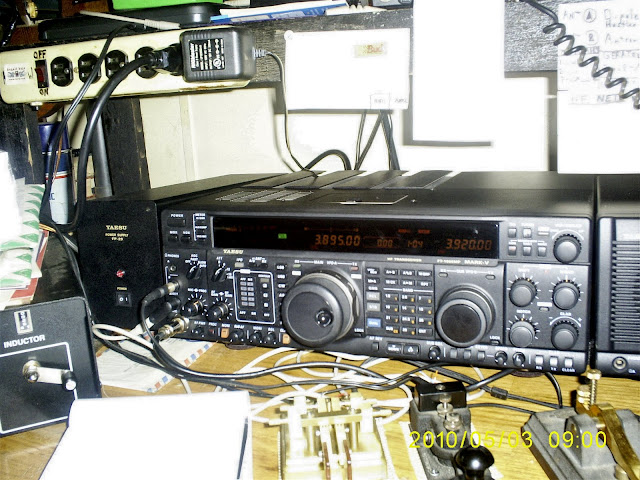 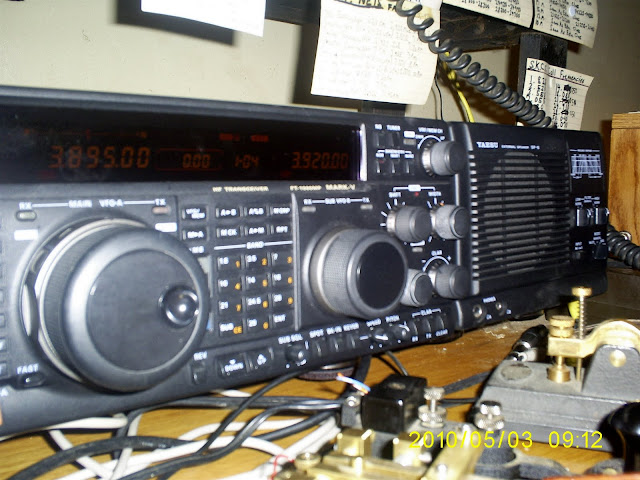 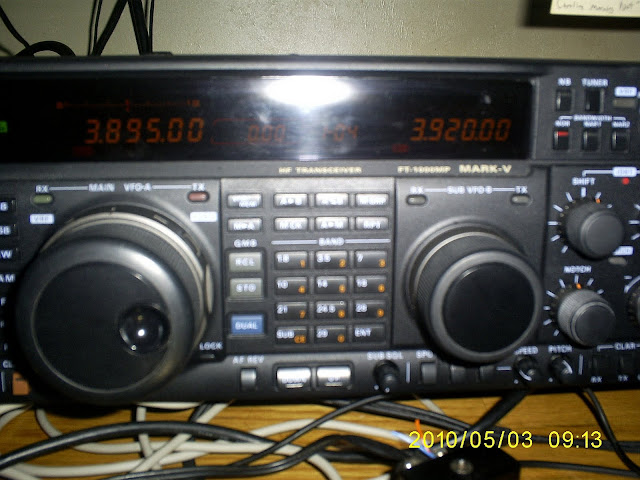 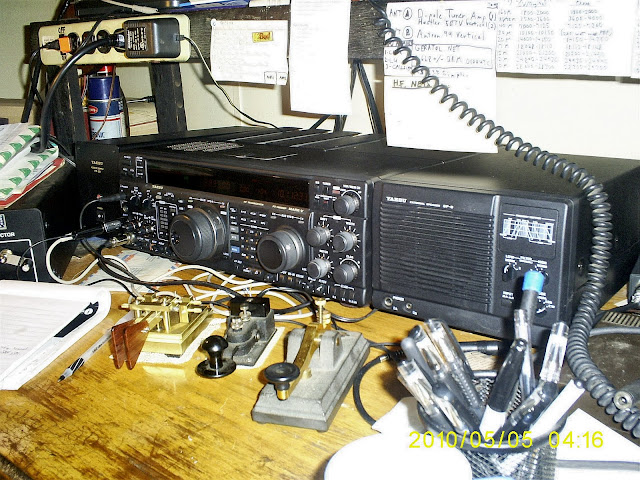