Even though my blog reader D. had told me some time ago that my blog might be mentioned in the BBC radio station that had interviewed her for the programme they were doing on turmeric, I was happy about that, of course, but I hadn’t really gotten too carried away…until today, when I found and actually listened to the programme, which is available online, right here: goo.gl/Gmda8N 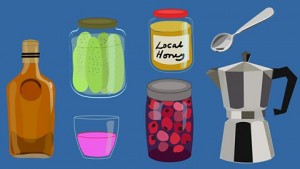 Dieneke’s case study is mentioned toward the end of the programme, so please be patient. It’s a very interesting programme, anyway. With a nice turmeric-based recipe or two, which never hurts!

I have to admit that I got a bit teary as I listened to Dieneke (no point in trying to protect her privacy anymore, since her name is mentioned during the programme!) and her oncologist discuss her case…Teary in a good way, of course!

And at this point I would like to thank blog reader Jan who posted a lovely comment on my April 20th post…the comment that inspired me to have a look for the programme in the first place (but I didn’t think I’d find it):

“On Sunday 28th May 2017 ( repeated on Monday 29th) I listened to a programme on BBC radio 4 FM called ‘The Food Programme ‘. It was talking about health benefits of turmeric and in particular curcumin. The contributor to Margaret’s blog called ‘D’ was interviewed about her use of curcumin and how her MM has stabilised now for five years. Her oncologist was also interviewed and the study was mentioned. It all sounded very positive about curcumin. ‘D’ also said that she had discovered curcumin on Margaret’s blog. The programme presenter called Sheila Dillon also has MM and as I recall had a SCT a few years ago.
I’ve had MM for seven years and have been following Margaret’s blog since then. Have tried numerous alternative treatments but due to extreme pain had five months of Velcade etc last year. Pain now coming back so thinking of doing curcumin. Hadn’t done it before for various reasons.
Margaret this is so exciting! Your curcumin protocol and your blog has been talked about on the BBC!
Thanks so much for all your great work. You’ve kept me going over these seven years.

And ‘ D ‘ thanks to you too for your major contribution .

Best wishes to all,

And finally, thank you, Sheila Dillon and BBC Radio 4, for this very interesting programme!