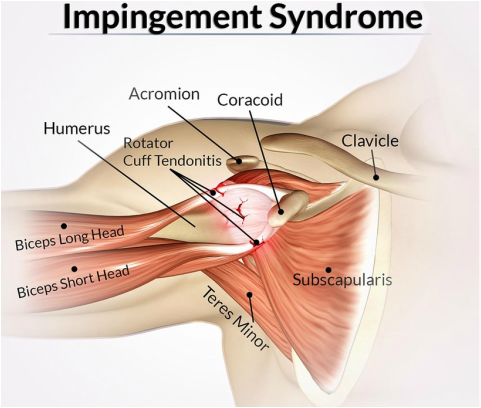 I have not had the debilitating bone pain or painful neuropathy as have some patients.  However, like the 20% of patients with kidney insufficiency, I was told never to take nsaids for pain, because nsaids can cause kidney damage. I know of many myeloma patients who have been on nsaids and opioids for this bone pain, and so my lack of pain was fortuitous.  My story of pain really began after my treatment was completed and I  began an extended drug holiday.  Soon after I came off of my VTd maintenance, I noticed pain in my left shoulder.  This was odd because I did have a bad shoulder, but it was my right shoulder which I dislocated on a fall off of my bicycle.  The right shoulder  had a rotator cuff tear which I chose  not to repair because I would have had to stop treatment for a period before and after surgery to get it repaired.  I had decided I would rather be a one- armed man and alive rather than a two- armed man with regrets.

The pain in my left shoulder had gotten so great that I would often say it was so painful I wanted to gnaw my own arm off.  I consulted the doctors at Mayo and an MRI showed I had a shoulder impingement which is pain and often weakness when you raise your arm, caused by a muscle tendon “catching” in your shoulder.  Mayo suggested I go to a physical therapist and see if that would help, and if not the doctor could conduct arthroscopic surgery to remove some bone.  The doctor also told me that my VTd maintenance may have masked the pain, because dexamethosone is an anti inflammatory.  I went to a rheumatologist who gave me a topical nsaid, which he felt would not hurt my kidneys, but it also did not help the pain much either. I had several steroid injections in my left shoulder with little to just temporary relief.  My daughter had used deep tissue massage physical therapy for an issue she had, and suggested I do the same.  I went to John Goetze Physical Therapy in Jacksonville Beach, Fl.  It was remarkable and I wrote the following on their web site: I had shoulder pain that was a 10+, the kind of pain where you want to gnaw your own arm off. I had been to doctors, and rheumatologists, with no relief. My daughter who is an editor on the health desk of the Wall Street Journal, told me I needed to go to a Physical Therapist but only one that does deep tissue massage. She found Aaron Robles Sr. and his team, and they have been remarkable. In just 14 short sessions my pain which was a 10+ is now nearly non existent. Thank You Aaron and your wonderful team. You have surrounded yourself with a remarkable, kind and talented staff. If I break again, I’ll be back for another guaranteed fix. Gary Petersen

I graduated pain free, but was sent home with a list of the exercises to do at home.  As time went on I got lax with the exercises and the pain would return and I would look to go back to JGPT for a tune up.  I would call up to schedule an appointment and Kimberly the scheduler would answer, and the first question she would ask is did I do my exercises? I would say no, and she would say “WELL?”   I would do the exercises at  home and the pain would go away again.  This went on for a few years, and most recently the exercises no longer seemed to work, and I was just about ready for my JGPT tuneup when I ran across an article on how Turmeric had provided to be as effective as nsaids for the relief of arthritic pain. You can see a lot of data on this on the web CLICK HERE for one New York Times article.   I have been on three 400mg pills a day and it seems to be working.  The active ingredient in Turmeric is Curcumin and Curcumin has been studied for anti myeloma activity.  What a great possible side benefit.

This may provide some hope for the 20% of patients with kidney damage who do not want to risk more damage to their kidney which can result from the use of nsaids.  I will update this post in the future with my read on this if it has been helpful in my quest to be pain free without opioids or surgery.