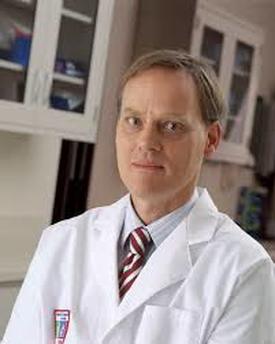 Dr. Ola Landgren of Memorial Sloan Kettering Cancer Center in New York will be the myeloma expert guest on Cure Talks 8/31/17 at 6PM EST.  CLICK HERE to get details of this Cure Talk, and you can ask questions of  Dr. Landgren at this link as well.

MRD testing just may be one of the most important initiatives in the area of treatment and research for myeloma, and Dr. Landgren has been at the very forefront of its development. Can MRD be used as a new endpoint for treatment??

One thing that has hindered progress in myeloma treatment is the lack of a test for myeloma which had the potential to be used as an indicator of disease cure.  We had M spike tests, light chain tests, and bone marrow tests, all of which we came to understand were not sensitive enough to ensure the myeloma was truly gone.  Other diseases like leukemia had MRD(minimum residual disease) tests, which were sensitive enough to be used as a confirmation that your disease had been eliminated if you were MRD negative. The treatment had been successful in eliminating the leukemia and there was a high probability if it stayed that way for 5 years, you were in fact cured.   No such test has been developed for myeloma, and being incurable treatments were thought in most cases to allow an undetected residual cancer to remain in your bones and bone marrow.  We were never told we were in remission which would lead to cure, we were told we had a CR(complete response) and later with improved testing a sCR(scringent complete response).  However, the many new drugs and drug combinations have improved the depth of response to treatments and a more sensitive test was now felt to be of far more valure.   In Europe, they had been working on tests which would have much greater accuracy, with the hope of duplicating the success  MRD testing had achieved with leukemia.

Both the MMRF and IMF have been working with the worlds myeloma specialists community to develop a test which will be able to perform to levels sensitive to find 1 in 1 million plasma cells in the detection of myeloma cells in the bone marrow.  It is felt if we can do this and absent of bone lesions, where myeloma can hide outside the marrow, this may just be the measure we have been looking to achieve.

Dr. Ola Landgren will be providing us with his knowledge and incites into myeloma testing and MRD test development, differences in MRD accuracy, types of MRD tests, as well as the limitations of testing of the bone marrow and its heterogeneity.   Do not miss this one, it will become a key part of the new future of myeloma treatment and cure.