Skip to content
Two days from now, at this time, I will be sitting in a bar enjoying a well deserved pint, with my heart rate finally subsiding but the sweat still there.  The Empire State Building Run Up is Wednesday night.  Throughout this entire process I’ve been commenting mostly on Facebook but I’ve written a few blog posts that I’m proud of as the nature of what I go through is something I don’t think I can really explain.  Everybody calls me an inspiration and thanks me for what I do, and for that I am very appreciative; but there are so many others that are so much more courageous and do so much more that I’m not sure I can compare.  Many of you will tell me shut up – I understand – I will take credit and will accept your thanks.  But I will also remind you that I’m selfish!  What I do directly benefits me!  The money we raise will help me.  The example I set will help me be a better father.  The accolades you guys give me…well…think about it!

But enough with the pity party…I want to recognize some good and some bad as I get ready for Wednesday.  Parts of this may end up being the speech I will give (as you know I can’t shut up!)  First on the list – my nurse Kourtney, from Mount Sinai is actually running the race.  Now you might say, ok…but realize that a year ago, I was in hospital, with Kourtney.  This just means that much more to me.  And she found me!  I’m so excited – I will see so many new people but to have someone there that was literally there with me a year ago just puts the icing on the cake!

Second, the not so good.  I mentioned the other day in my #DailyStairs to ask for thoughts and prayers for Matthew.  He’s got a very aggressive version of the disease, very aggressive.  I was luck to speak with him and his wife to help talk about options and where to go but for all of you that commented on Facebook his wife and his cousin saw those and it really meant something.  Being able to put that together and help let them know that there are others that want to help if they need it just proves how much good there really is in this world.

Third, my #DailyStairs – in 2001 I had my first trip to Auckland, NZ and one night walked down the main street and found a record shop.  I picked up this DJ mix CD called Lagered, The Sixth Pack.  This two cd set was nothing but upbeat, high energy for over two hours.  I’ve had this on my mp3, iPod and four versions of iPhones since 2001.  This is an essential part of my run/workout and has helped get me motivated up a whole bunch of stairs.  Well, thanks to Twitter and Facebook I was able to get in touch w/ DJ Sample Gee, Auckland’s number one, playing regularly at Sale and also working w/ this really cool outdoor event called Mint!  DJSG created a mix, just for me, called Empire State Of Mind – 39 minutes of continuous 160 odd beats per minute with lots of energy transitions.  Not sure how much it will affect me after 40 flights but it will be definitely turned up once I reach 41 so apologies to those that I don’t hear saying, “on your left.”

Fourth, my original myeloma buddies, Micky and Lorna :)  The first blog-mates I got in touch with and one of the first with whom I was able to trade illustrative digestive stories.  Mike jumped off a bridge earlier this year to raise money for Myeloma UK.  For those of us with good insurance or in the US you don’t always realize how difficult it is to get treatment or meds.  Too many hoops.  As easy as my transplant was, Mike’s was a horror story but he’s doing well now and still making smarmy comments on my posts while also convincing Facebook that we went to school together in England (i’ve never lived in England!)

Fifth, Rick Corman.  I have a post already written about him here.  Rick passed in late August after fighting MM for many years.  There’s not much I can say about this gentleman – even with this disease, and somewhat withered from his former self, he was a commanding presence.  Commanding but gracious and humble.  I referred to him as a mentor – not sure if that’s the right word but he took me on when I got diagnosed, put me in touch (literally that night) with my doctor and helped make me realize that everything you read on the internet is bullshit!  Thank you Rick, my first beer is for you.

Sixth, a small part of my reason for doing this – Bob, Steve and Andy.  I’m a sap for this race as it happened while I was in the hospital.  Bob, Steve and Andy were all directly around the time when I was going through my transplant.  And as I’ve said many times, these boys have all been through what I’ve been through.  In Andy’s case, twice!  And they’re still fighting while I’m in a complete remission.  If I inspire you, take a look at these guys…they inspire me!  There are others: Shells, Amy, Matt, Elizabeth, Nancy, Cynthia, and many more.  Yes I’m the guy making a lot of noise but you guys all do so much as well.  Thank you for keeping me inspired. 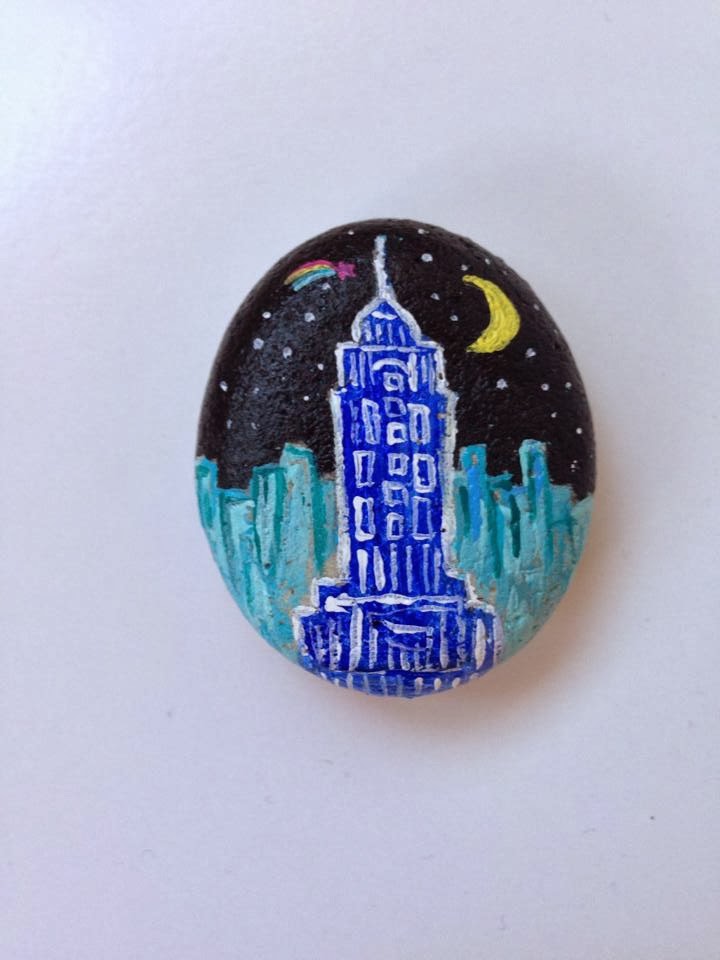 Seventh, and a newcomer to this race, Samantha.  I’ve had the pleasure of working with a few of you that are running the race and raising money: Tim, David, Eric (not running but raised a ton of dough!)  I saw Samantha’s post re; running the race and shared her post, saying that I would love some of the cupcakes she had made, especially the orange one that said MMRF.  Luckily, my first MMRF buddy Brooke, saw my comment and corrected my mistake with the comment, “Bill, you must have run up those stairs and into a bar – those are rocks, not cupcakes!”  In all honesty, I had just come home from having two beers after work.  Brooke caught me and called me out!  #EpicFail!  And then Samantha was $130 from her goal of raising $3 per step (that’s 3 x 1576 – you do the math) I re-posted and my buddy Brooke came back and said I’ll pay $100 for the stone of the Empire State Building.  But she thought it was on my post.  I corrected it, told her to put it to Samantha because I was hitting my now extended goal and bottom line, it was all going to me – to help me fight this miserable disease.  But Sam didn’t end there.  When I asked Sam why she was running, who did she know with the disease, her response was, “nobody – I saw the good things being done and wanted to help”.  She’s doing this all the way from San Diego.  So here’s someone that is doing this because it’s the right thing – not a selfish reason such as myself AND, ANDDDD…(wait for it).

She went and painted a stone, with the Empire State Building, just for me, based upon the empire state building in the video I shot celebrating my one year anniversary (which was photobombed by my cat!)  This is just so sweet, and means so much to me!

Now, as happens in anything else you write, when thanking people, you’ll forget someone (Mom, you mean the world to me but you didn’t make the cut).  If I forgot you I’ll claim chemo brain so remind me and I’ll make it in the next post.  But I’ll ask you now, how “inspiring” am I?  How much of an example am I when compared to these people.  These people inspire me.  People ask me, as I’ve said before, why are you doing this…I’m doing it because I can.  I can and so many others can’t.  I can and so many others ARE, because its the right thing, because it’s a good cause and because we’re going to find a cure!

This disease will move to chronic in my lifetime!  That’s my story and I’m stickin’ to it!

(This story has not been proofed in any way, except for the 40 proof glass of grappa drunk while writing it!)