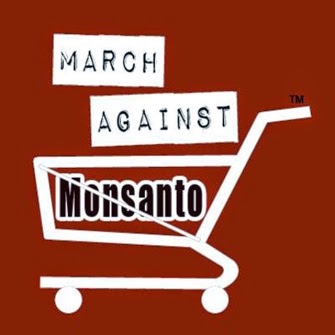 In 2013, Tami Monroe Canal founded March Against Monsanto because she believed it would protect her daughters’ health. Monsanto is an agricultural company that produces seed brands and herbicides (most famously, Roundup), some of which have been scientifically proven to cause health risks, such as birth defects, cancer, organ damage and auto-immune conditions. Monsanto is also one of the world’s leading producers of genetically modified organisms (better known as GMOs).

GMOs have been partially banned in several countries and foods containing GMO ingredients are currently labeled in 64 countries. Monsanto has spent millions in lobbying efforts opposing such laws in the United States. (Anti-labeling groups spent $22 million in an attempt to beat down labeling legislation in the state of Washington alone). The company has failed to make nice with independent farmers; early this year it won a lawsuit that allows the agri-giant to sue farmers whose fields are found to contain patent-protected Monsanto biotechnology, even if the farmers did not knowingly use such matter.

Despite the insistence from Monsanto that their company helps, not hurts, farmers, and the lack of credible scientific evidence proving that GMOs harm health and environment, Canal’s anti-Monsanto message is increasingly popular, evidenced by the 54 GMO labeling bills currently being discussed in 26 states, including Vermont’s signing such a bill into state law in early May.

March Against Monsanto (MAM) will gather on May 24 across “six continents, in 52 countries, with events in over 400 cities.” Participants demand Monsanto halt GMO use and the production of pesticides they believe are hazardous to human health and the environment, and support GMO labeling legislation as well. Locally, the march is organized by Cynthia Rose Kurkowski.

From the Farmers’ Perspective

OSGATA (Organic Seed Growers Association) v. Monsanto was filed by farmers and farm organizations in March 2011 to “invalidate Monsanto’s patents and protect organic and non-GMO family farmers from unwanted genetic contamination of their crops.” Monsanto sees it differently though, according to its website: “We understand the importance of planting and harvesting and always seek to minimize interfering with farmers’ normal activities.” However, unwanted seeds can blow into farmers’ crops, cross-pollinating with traditional crops, which ruins organic farms.

Since the GMO seeds are patented, this gives Monsanto the power to enforce their legal patents. Supporters of OSGATA argue that Monsanto harms independent farmers’ livelihoods worldwide with ruthless patent infringement legislation and its giant status as a near-monopoly means some crops, like corn and soybeans, are virtually impossible to guarantee as organic and GMO-free.

Monsanto was the largest producer of agent orange during the Vietnam War and “half of agent orange’s chemical compound (2,4-D) and pesticides like Roundup are chemicals being sprayed on GMO crops,” allege The Children of Vietnam Veterans Health Alliance and March Against Monsanto. The groups insinuate that this could negatively impact health, with CVVHA pointing to its members’ own myriad defects and chronic diseases; however, the EPA has said 2,4-D and Roundup are safe for farming.

Many MAM marchers are also concerned about Monsanto’s influence in government circles. There’s the ability to invest millions in lobbying efforts (as in Washington State) for one, but there’s also a more insidious dynamic at play, according to anti-GMO activists. In 1998, writing for progressive British journal The Ecologist, Jennifer Ferrera noted that several former Monsanto employees held key positions in the U.S.’ Food and Drug Administration. To the activists this creates a troubling conflict of interest in Monsanto and other biotech giants’ favor. Monsanto brushes this off as a logical progression for industry specialists.

MARCH AGAINST MONSANTO ON MAY 24th in a city near you!