Skip to content
Turn off your mind, relax and float down stream
Tomorrow Never Knows – The Beatles
What was the theme of this blog again? Was it “Alex yacks on endlessly about music”? No!?! You mean I’ve actually got to slip myeloma into this somewhere? Really? Well, if you insist, here goes… 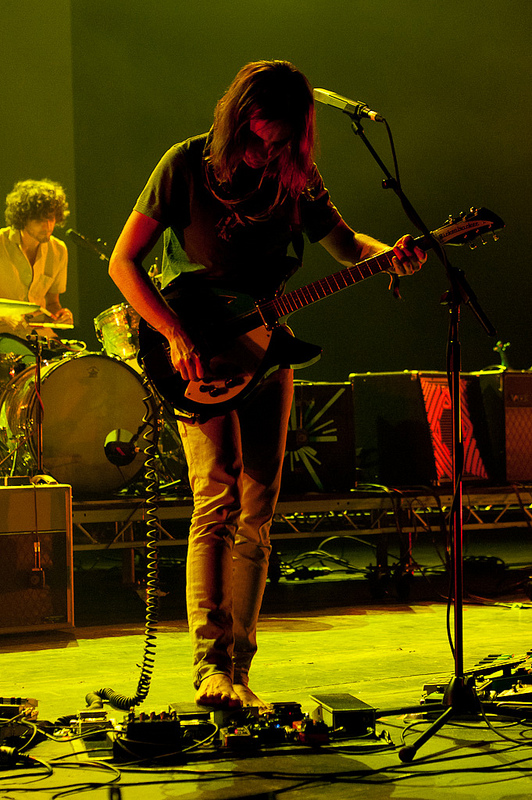 Went out to a gig last week (thanks, bro). Only the second concert I’ve been to since things went pear shaped last summer (oblique reference to disease there, in case you missed it). Last time round (The XX, Brixton) I was standing, and had to simply wait for my whole back to go numb (another hint, for those in the know). I was also packed full of painkillers (nudge, wink). And I had trouble moving the next day. This time (Tame Impala, Hammersmith) we were seated. When the tickets were bought, who knew what state I’d be in by now (ahem).

I fared much better this time, and it was a better gig too (sorry Romy, but it’s true). In fact, it was an awesome gig – the best I can remember since I saw Local Natives 3 years ago, but I digress (this doesn’t appear to be directly relevant to disease – Ed). These events all come with extra layers of meaning for me now – in this case, pleasure that I’m just doin’ stuff.

For an encore they played a song called “Nothing That Has Happened So Far Has Been Anything We Could Control”. It’s felt a lot like that, this last year. But less so now.

The point I am making here is it is very easy to talk about myeloma all the time. But increasingly, it is easy not to, too.