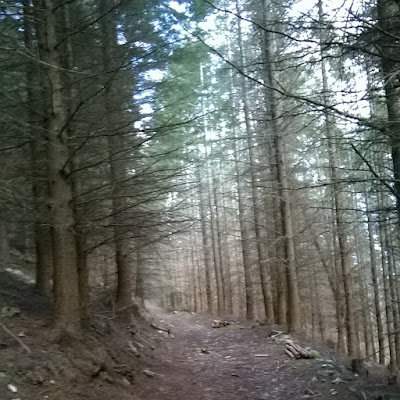 We have been here before.

I had hoped to get to the top of the hill by the end of the week, but had not reckoned on how old the dog has become.  We got about a third of the way up the track when he started tripping and slipping and I realised he wasn’t going to manage much further.

So we have contented ourselves with walks along the lower paths.
Just me and the dog. 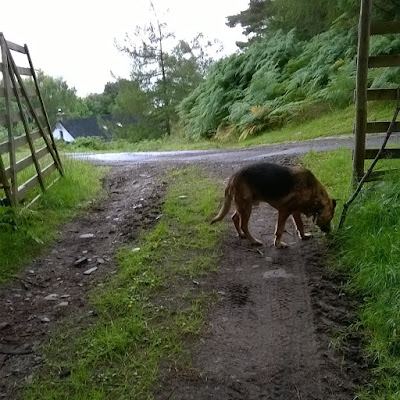 It has been a very quiet holiday indeed. 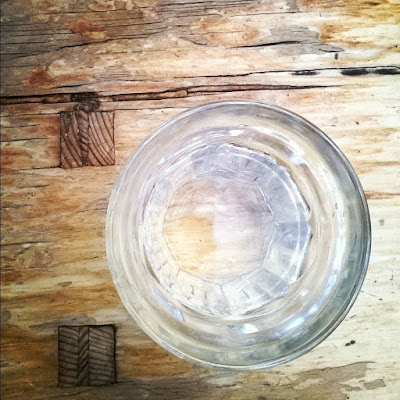 FL has been doing all the driving, which is rather nerve-wracking.

So mostly we have stayed in the cottage, enjoying the bright spacious rooms and cosy rugs.
Not to mention the broadband connection (we are still cut off at home).

FL has been working on his book.
And for me it has been time to think and dream and plan. 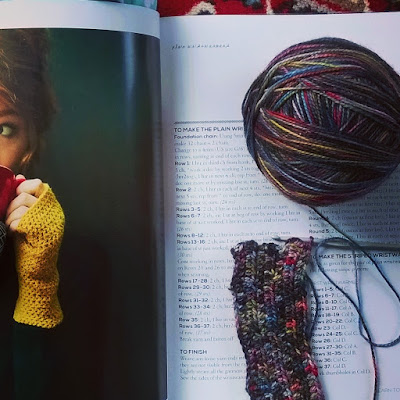 Sadly, I brought the wrong size of hook and they are far too small.  I thought about adding a panel down the side, but I might just cut my losses and rip them out and start again with a different pattern.

Although it is a beautiful book, with great “how to” illustrations, this pattern (the easiest in the book) has errors in it.  That makes me wary of attempting one of the more complicated garments, however tempting they seem. 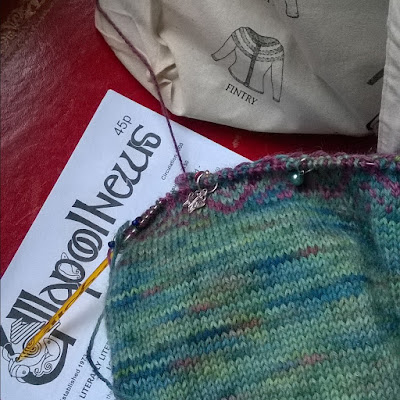 Instead, I have concentrated on knitting my Epistrophy cardigan from Kate Davies‘ Yokes.
I am using Skein Queen Voluptuous yarn, which is a glorious hand-painted DK:  80% Exmoor Blueface and 20% organic merino.

I had one skein of the main colour “Don’t Go Outside” from a club shipment.  The plum contrast in the same base came from a fellow Raveller’s destash.

And when sense prevailed and I admitted I needed a second skein of the green, I was lucky enough to find another Ravelry friend who was willing to sell me her’s. 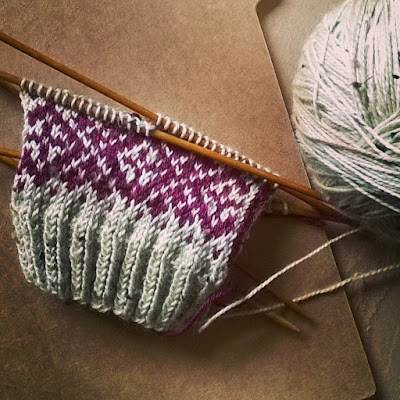 Once the sleeves were joined to the body, my cardigan ceased to be quite so portable, so I cast on a sock.

This is Clerkenwell by SpillyJane, using onion-skin-dyed Donegal sock from Gregoria Fibers.
The beetroot contrast is Marchmont wool from The Yarn Yard, leftover from my Ad Hoc Shawl.

After the colourwork, there is a richly textured cable section.
Unfortunately, I didn’t pack my smaller needles, and the cables are looking a bit sloppy at this gauge, so I have paused. 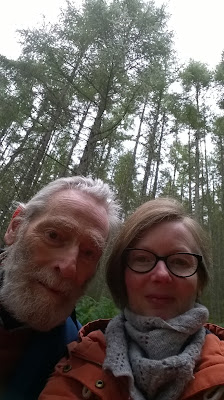