Skip to content
So just be gentle with me. I’m not as young as I was. And I’ll be gentle with you
Be gentle with me – The boy least likely to
Two updates, only one of them strictly about myeloma
I was unwell a few weeks ago. I developed pain in my hip – which I’m pretty confident is a pulled muscle, maybe as a consequence of overdoing my back stretching routine. Simultaneously, I got an “upper respiratory tract infection” – i.e. sinusitis. I took to my bed for 2 days, and then, as my temperature passed 38C, I found myself on the predictable, lamentable, journey into hospital . The usual drill was followed: concern, tests, inconclusive results, antibiotics, home. That was followed by a few days of terrible fatigue. In combination – viral fever, skeletal pain and exhaustion – it was, frankly, a bit like having myeloma.

As a precaution, I had an MRI of my pelvis and lower spine, to check the hip pain really isn’t a symptom of something more serious. The good news is my pelvis is in better nick than it was 2 years ago. The bad news is that somewhere in that time (presumably in late 2012 when I was really ill), several more of my vertebrae collapsed. The damage goes down all the way from my ribs (“T7”, T for thoracic, the last vertebra directly attached to a rib), to just above my pelvis (“L4”, L for lumbar, the second from last vertebra above the fused section called the sacrum). In total, that spans 10 vertebrae, out of a total of 24 from neck to bum. Nearly half of my back is bust. A sobering thought to reflect on.

On all other directly myeloma related themes, news is good. My blood counts are normal, and my light chains are still stable.

I have a self imposed rule: DialM is only about myeloma. This is largely to stop myself from writing a trivia blog: posts about my holidays, or what I had for lunch, or what I did last night. I can’t see why anyone would want to read that stuff, and if you do, you can go elsewhere – the internet is full of it. But the rule creates its own issues. Do I have to interpret every part of my life through the prism of myeloma? Do I have to compartmentalise everything into the bit that is myeloma, and the bit that is not?

For now, I don’t want to do that. So… here’s something that is part of a life that has myeloma in it… 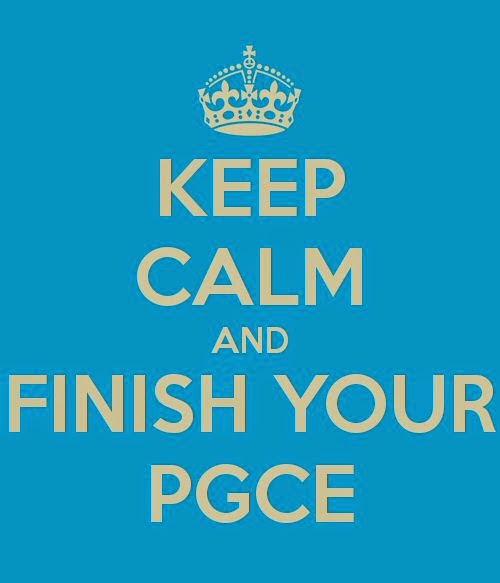 Those of you who have been paying attention will remember that I was part way through a PGCE (the UK’s teaching qualification, for non-British readers) when I got ill, and reluctantly deferred my final teaching placement last year. Well, in May I restarted, and last week I completed it! It has been such a drawn out story (3 years), and finished under such different circumstances from when I started. The teachers I work with all assume I will be trying to find a (newly qualified “NQT”) teaching job, which was never the intention, and certainly is not now. The final phase has consisted of 2 months full-time teaching to a class of 8 and 9 year olds. And unlike most of my peers, who have been preparing continuously over the 9 months before this placement, I hadn’t been in a classroom since Feb 2013, having been somewhat otherwise preoccupied.

There’s an extent to which teacher training is an endurance trial – with unreasonable expectations placed on one’s time and energy levels. Having myeloma makes it difficult to respond to that. I knew I couldn’t just double-down, do excess hours, survive on adrenaline and cortisone. My body simply won’t let me do that, any more. When I got sick (which I’m sure was triggered by school, and perpetuated by school) I seriously considered simply abandoning the whole charade.

Sadly, one cannot expect much consideration for illness or disability, in the workplace. My school said all the right things, but words are cheap. In reality, they made no allowances, and they would justify that on the basis that “it’s what the job entails”. I absolutely want to be judged on merit, but a little understanding would go a long way, and that is nigh impossible for people who haven’t been where I have been (or, like you, ridden pillion with me).

Because of myeloma, I had a very long break in my studies. I had to relearn a lot. I feel as though I completed an entire year’s training in two months. And those two months were structured as assessment/examination, rather than as training/learning. I had, in name, a “mentor”, but she was ultimately tasked with judging me. I knew her assessment could easily be that:

“With so much lost ground to make up, Alex simply isn’t going to get to the finishing line in time.”
or
“Teacher training is an ordeal, and Alex doesn’t put his back into it enough” (my back! the irony!)
or
“Even if Alex can be a good teacher, he isn’t resilient enough to be a full time teacher.”
Any of those conclusions would be understandable, but hurt nonetheless. And the thought of them was enough to put me to the point of walking away. I’ve lost a lot of control and a lot of dignity, these last two years. I could have retained a little of each by not subjecting myself to others’ judgement.
If I don’t want pity (which I don’t), then I must choose to put myself in situations where people are ignorant and unsympathetic. And if I want to feel fulfilled (which I do), then I must be willing to invest energy, pain and time for (uncertain) future pay-off, even though myeloma has taught me a lot about the importance of living for now. As ever, it is me alone who must reconcile all these irreconcilables.
If I had decided not to finish the course, the last two months would have been easier for me (and for Marisa). And really, would it have made any difference if I hadn’t got the certificate? On the other hand, having completed it, I have proved to myself that while myeloma hobbles me, it hasn’t stopped me, which is important. So I’m happy. It’s been a gruelling experience. But I have had far worse.