Skip to content
Through this new frame of mind, a thousand flowers could bloom. Move over and give us some room
Glory Box – Portishead
This really is the last taboo. I feel uncomfortable saying this one evern to myself. It’s about my own relationship with myeloma 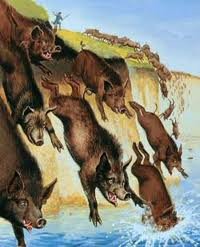 I hate myeloma. It is painful. It takes up a lot of my time. It makes me, and people who care about me, sad. It prevents me doing some of the things I love the most. It makes my children’s future precarious. I wouldn’t wish it on anyone, though I’m quite tempted by the biblical image of it being driven, like a demon, out into a herd of swine. I guess I’m saying I’d wish it on a pig, if that would set me free.

And nothing would cheer me more than to be free of myeloma.

But if I were offered a System Restore to where I was last spring: a life where the x-ray showed up nothing, and a little bit of physio put me back on my feet; where this had never happened; would I take it? Honestly, I don’t think I could.

There. I said it. What a disgusting thing to say. And before I attempt to justify myself, I’d like to qualify it by saying I’d gladly turn back time, for the sake of my children, my wife, my family and my friends. But not, in itself, for me. If that makes this any less unspeakable.

You see, through the pain, and the anguish, of the last year, I’ve learnt a lot, about myself, and about what matters. Forgive me going pious on yo’ asses, but I am a better, fuller person for my experience with myeloma. (Mentally, that is. Physically, the only things I am fuller of are chemo and cement.) Both Marisa and I have been forced to re-evaluate everything, been forced to think about what really matters. I know Marisa would say the same as me, that overnight our lives went from having many “purposes” to having just one: to provide a nurturing environment for our children. And you know what, you can build a lot on that. It leads to a much better set of priorities.

We’ve also learnt a lot about our response and responsibility to others. So many times, we’ve had experiences where someone who either doesn’t know our situation, or doesn’t understand, has done or said something that leaves one thinking
“I’m finding this hard enough, without arseholes like you”.
But then one looks at other people, and wonders about what issues they are dealing with, in their own lives. Maybe the rude man is having a hard day. What do I know about the trials and tribulations that other people face? Maybe the grumpy woman has a very good reason for being grumpy. One becomes less judgemental. (Though not to the extent of excusing the inexcusable – we all owe each other a basic level of respect, whatever we’re going through. And I still recoil at the acts of casual, callous child abuse one sees far too often from self-centred parents in Camberwell.)

Fortunately though, we get to keep our memories, so I will retain all that wisdom long after my myeloma has been boxed up and vanquished, or driven down a hillside and into a lake. :-).