As a child, I was a huge fan of Elizabeth Gundrey’s books.  They had titles like: “Collecting Things”, “Growing Things” and… “Joining Things”.  All three books were full of the joys of participation.  I knew that if I grew up to be a person who had collections, a windowsill heaving with plant-pots, and membership cards for lots of interesting societies, my life would be complete.
And then what happened?
I gave in to my introverted nature, shut myself in my room with a pile of books and fell in love with an unsuitable man.  Silly girl.
But every so often, I give myself a shake and try to get “out there”.  Birthdays have this effect on me. It’s the fear of finding myself living alone in chaos with lots of cats… each year brings me a little closer.

So what have I done about it?

In the past week I have joined three things – woo hoo!

I re-joined the Skein Queen Yarn Club.  I was a member last year at the same time and received a skein of beautiful hand-dyed yarn once a month for three months, with an accompanying reading inspiration suggestion.  Each colourway is inspired by a novel, and I have always been surprised by the selection, which I would never have chosen for myself.  It has led to some fascinating encounters at the local village library! 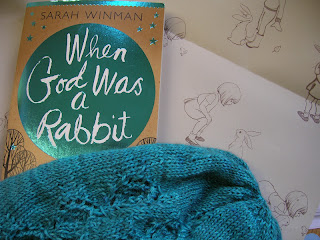 I like to think that the combination of new yarn / knitting inspiration and exposure to unfamiliar literature has the potential to make me a more interesting person.  I have given Skein Queen reads as presents and book-based conversations have followed.  It’s not quite like being in a Book Group, but it is a step in that direction!  Last year’s yarn (1) made a lovely gifted hat, (2)inspired a design-attempt (which failed, but still…) and (3) was gifted as a kit to inspire a knitting friend.

My second piece of “joining in” is Stephen West’s Choreo-Kal.
I have always harboured an urge to dance.  Sadly, I have done nothing about it.  A few desultory home-exercise dvd sessions in front of the TV three times a year will not transform me into Darcey Bussell or Beyonce. 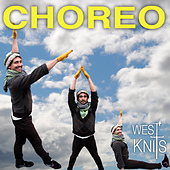 The Choreo-Kal provides the subscriber with 4 Knit-Along patterns, each one accompanied by a series of exercise suggestions and fun videos to watch on you-tube.  Go on – watch this, it’s fun!

A gimmick, you say?  Yes, of course it is!  But it is an inspired gimmick which might actually get me moving again.  And if not, I am still going to knit 4 Stephen West patterns:  a slouchy hat, sassy legwarmers (oh yeah!), a chunky funky scarf and a colourwork shawl.

It all kicks off on 16 November with the colourwork shawl. I am supposed to select my colours from a photograph of my environment.  I will aim to avoid mud brown and slime green.

And finally… drum-roll please!  I have booked myself in to a gathering of knitters in January.  Actual human interaction, on the theme of knitting!  Woot!  I have lurked around Natalie The Yarn Yard‘s virtual garden shed on Ravelry for years.  I have met up with a few other members here and there, but this will be my first trip to Shedfest.  Shedfest!!!

FL is bemused, not least by the news that I will be spending the night in a convent.  But at least he won’t be worrying about me having an assignation with Another Man (a common theme of his dexy-induced paranoia days.  Huge HUGE Sigh).