Skip to content
Look at my hopes, look at my dreams
Rent – Pet Shop Boys
The rest of my 100 days passed uneventfully. More focus on family and the kids than on me, which is progress in itself. And we had a happy Christmas and a peaceful new year (as, I hope, did you.)
Here endeth the good news.

Sadly my light chain levels are not what anyone might have hoped. They were 200 in November, 250 in December, only a little lower than before the transplant. It’s certainly not remission. My consultant calls it “stable”, but she is just being polite. It is not stable. It’s no better than where we were a year ago. This news triggers a number of quite intense feelings, with which I’ve grappled over the festive period. Disappointment. Trepidation. Frustration.
(1) All that, for this? The shitting and puking seemed more worthwhile when I imagined we were achieving something.
(2) I don’t relish the next line of treatment. I’ve been promised my next regime will be not dissimilar to the one that caused me platelet problems last year (pomalidomide instead of lenalidomide, plus cyclo and dex). And I can take it continuously until it stops working. So that’s something to look forward to.
But most of all, (3) is the endless perpetual unknowing. Remission would have at least promised a measurable, meaningful period of time when I could be confident I’d be treatment free. Now I don’t know if I’ll need to restart next year, or next month. I’m in the same interminable situation I have been in for ages. The transplant really hasn’t achieved anything.
All of that has been tough to face up to.

I had another BoMB, as inconclusive as ever. Not least because it was obvious that it wasn’t the first time they’d dug a hole in that location. Pepper pot pelvis, the consultant calls it, cheerily, and suggests they try the other side next time. I don’t anticipate it will be any more productive, as I’m just as battle scarred the other side too. I’m not brave enough to tell them I refuse to have any more biopsies – the doctors want, and deserve, all the information they can get. But the outcome is always unreliable, so it’s pain for no gain. How many more times is it worth bothering? (I once read that if it’s not possible to biopsy the sacrum, sometimes people have biopsies in their sternum instead… I’m trying to forget I read it. I really really don’t want to go there, but I won’t be surprised if I have to.)

I’m booked in for another whole body MRI to see if there’s been more bone damage in the last 6 months. If there is any sign at all, I think I’ll be straight back on the chemo. If not, we’ll wait a bit, though it is slightly like Russian roulette, in that by waiting we merely increase the likelihood that more bone damage will happen. My consultant says we should be “on the front foot”, given that (irreversible) bone damage is my main symptom – i.e. treat sooner, rather than later to try to minimise the incremental deterioration. She also says that, given recent experience, we should be looking for “a new approach”, as evidence suggests traditional regimes (imids / proteasome inhibitors / auto-sct) only work, at best, briefly. I’m not sure what all the possible new approaches are, though CAR-T is clearly the front-runner.

In the mean time, I have taken possession of my new spinal brace. It certainly helps in specific situations – when I need to stand around for any length of time, or when I need to sit in crappy chairs (of which the world is surprisingly full, let me tell you). It doesn’t make any problems go away, but it makes them more bearable. It’s a bit like wearing a corset. Though for the sake of my manliness I’m referring to it, instead, as my stab-vest.

I’ve had lots of people tell me, lately, how well I look. Which is nice. Really. Thank you. I feel a bit of a shit not responding very enthusiastically. But it’s complicated. And I know what I’m dealing with. Looks can be deceiving. I know everyone wants a happy ending. But it’s not that kind of story.

We’re a long way through the looking glass by now. Front line treatment, all those years ago, was about recovering and reclaiming normality. And for a while, I did. 2 years ago the hope was that we could repeat the trick. But it hasn’t worked out like that. The consultant describes my situation as “a concern”. I can see by the looks on the medics’ faces that I’m in a different position; different prognosis, frankly. I’m not saying my time is up – we’ll probably get on to the long discussed CAR-T therapy at some point, and any outcome is possible (including, potentially, cure). But I’m no longer imagining a return to the years of worry-free(ish) remission. Future years are likely, at best, to be a mix of what I’ve gone through in the last 3: a good one, a bad one, a mixed one…

A form arrives from the DWP, to assess my fitness to work. As I give it to the doctor, the residual voice in my head that still tells me I’m exaggerating my predicament makes me attempt to justify myself:
“I would work if I could, but I never know what’s coming”.
Sometimes, one can understand more by people‘s expressions than by what they actually say. The look on her face tells me I was deluded to even be worrying about work. She says something about quality of life. The subtext is about quantity though, as much as quality. She signs me off as unable to work, and unlikely to be able to work in the future.

This week, with Marisa back at work and the kids at school, the house is very empty. I know in my head that I need to be creating a schedule that works for this me. It’s easy enough, in principle, to draft:

It doesn’t sound too bad, does it? Except it is a schedule based on keeping myself occupied, rather than being productive. And all around me everyone I know is doing what people in their 40s do: knuckling down to pay the mortgage and feed the kids. How often, in the past, I might have dreamt of escaping from the grind. Now, faced with it through no choice of my own, I’m really struggling with motivation. Arguably the greatest challenge I face, right now, is to answer another of the voices in my head, the one that asks me:
“Why bother?”

I’d pep this all up a bit for you. Sweeten the pill. Soften the blow. Make it a little more fun to read. Except, however ugly and unwelcome, it’s the truth. 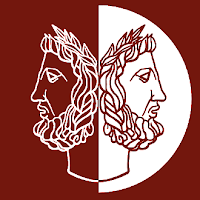 * Janus: the Roman god of…
beginnings;
gates;
transitions;
time;
duality;
doorways;
passages; and
endings.
I’m not sure where I am, but I think Janus covers all the possibilities.