Went to see the Radiologist today.  He’s not concerned with the lesion on Dom’s shoulder blade.  He showed us how the Myeloma is eating away at his vertebrae.

This is basically going on at the base of his neck: 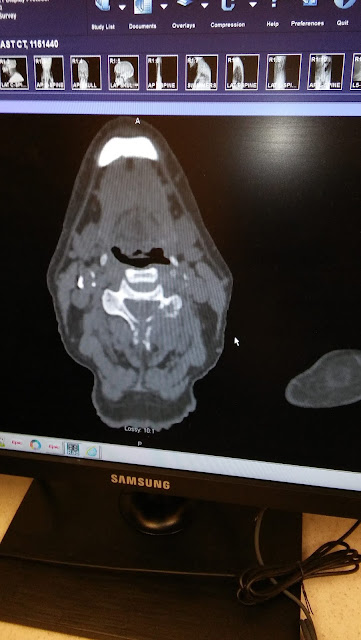 So, they did another c/t scan and fit him for a mask in Radiation.

Doc is going to blast him 10 times in a row.

And THEN start Darzalex.

He said that after this treatment, we might consider going to a Neurosurgeon to have him put a plate in his neck.  But not now, as he’ll be bedridden for a while and the MM will run rampant.