Skip to content
That’s all that’s left behind: the skies, and a sweet caress. He’s the invisible man. Catch him if you can
Invisible Man – The Breeders
A plea for recognition and a howl of indignation

The BBC has reported several deaths from cancer, this week. Henry Cecil (racehorse trainer*) died, according to the BBC, “fighting stomach cancer”. Iain Banks (author), we were told, “had gall bladder cancer”. Meanwhile, the BBC said, Rory Morrison (newsreader) died after “suffering from a rare form of cancer”. That made me sit up and google. Rory, I discovered, had Waldenstrom’s macroglobulinemia, a rare form of non-Hodgkin lymphoma. You can easily see why the BBC opted simply to say “rare”. But let me spell it out. Rory was 39 when diagnosed with a cancer in his B-lymphocytes, a type of white blood cell. He was told it is treatable, but incurable. Treatment of the disease would consist of a range of pretty savage and exotic chemotherapies, and potentially stem cell transplants.

So was I. Blood cancer. 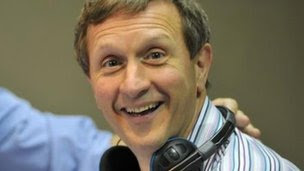 “The father of two had been suffering
from a rare form of cancer”
And yet, Rory and I have mysterious diseases with cryptic, unknown names. There isn’t even a wikipedia page for “blood cancer” – it redirects to “hematological malignancy“. There are pages for stomach cancer and gallbladder cancer (and lung cancer, breast cancer and so on), with no such obfustaction (“alimentary malignancy“, anyone?). Blood cancer accounts for around 10% of cancer diagnoses. That’s by no means rare. The 3 most widespread cancers – those affecting lung, breast and prostate – each account for around 15%.

It’s Myeloma UK’s “Myeloma Awareness Week” next week. I think we need that, but we also need more awareness around all cancers of the blood. Myeloma could very easily, if the course of history had been a little different, have been classified as “indolent plasma cell leukaemia“, and it occurs in the lymphatic system (it is lymphoid, not myeloid, despite it’s name), so maybe it could have been “Kahler’s lymphoma” (after Otto Kahler). Sure, there are differences. Rory had hyperviscose blood, which won’t be a problem for me, but he didn’t have bone lesions. However, maybe it would be better if all leukaemias, lymphomas and myeloma were recognised first and formost by what they have in common.

There are euphemisms too in the words “suffering from”. Rory had several courses of chemotherapy over almost 10 years, to put his cancer into remission, and to put it back into remission when it relapsed. In the end, he had a stem cell transplant with his brother as donor (a more serious undertaking than my stem cell transplant, where I acted as my own donor). He died (I believe) of graft-vs-host disease – where the grafted (donated) immune system attacks the (host) body’s organs. That is a major risk of stem cell transplantation – indeed to some extent it is the aim, since it is the mechanism by which the cancer might be eradicated. Willingly taking that course of treatment is, in my mind, more brave and tough than mere “suffering”. We too often draw a veil over the things people with cancer have to subject themselves to (a veil ripped aside in a heartfelt post by my friend Lori Puente). Rory, who had young children, will no doubt have made a calculation that he would rather take his chances, in the hope of a long remission. I admire the courage in that. When I see my doctors tomorrow, I will be telling them that if my own treatment plan doesn’t produce a long and deep remission, then I too would want to consider that route, for the sake of not making my children live indefinitely in the shadow of bloody, effing, bloody, blood cancer.

Most of all, of course, my thoughts go to Rory and Iain and Henry’s families. I saw a news report this week which said the NHS consider any death before the age of 75 to be early. Rory, Iain and Henry, and their families, were all deprived of time they could reasonably have expected to share. Any death is sad, but Iain Banks was 59 and Rory Morrison only 48. How bloody unfair.

*Remarkably, Dial M is as widely read in the US as in the UK. These names might mean less to an American audience, hence I thought it helpful to identify them a little.