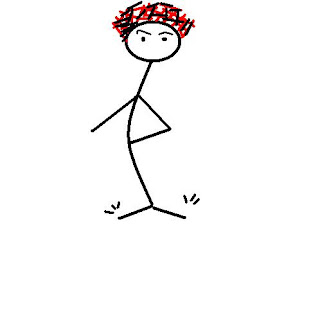 Okay, so I had my dreaded yearly MRI scheduled finally for last week. The 2-3 hour torture of being in this chamber exposed to invisible rays is always daunting, but as long as no needle is involved I’m okay sucking it up.

The day before I got a call at my office that my appointment is confirmed- BUT
my insurance has not confirmed all tests that need to be done… like
I was flustered on whether I should be upset that they were calling me at 4:30pm after a long draining day with meetings and close to going home, or why I wasn’t informed weeks ago that there was an issue. The rep told me I had a choice of rescheduling…. um to schedule these types of testing is not so easy and arranging time to do so is not a breeze either. I looked at the phone and what choice did I have but to say okay let’s just do the testing of what was approved, and take it from there.

My husband in I made it in to NY maybe earlier than needed, but rather early than late. I was up 3:00am in a morning to catch a 4:30am bus into NY to hit my 7:15am appoint, then to be told “oh you’re appointment is actually 7:45am”- like dude do you realize what time I had to get up to get here…. What was the point calling me late in the day, and the day before to get me stressed- yes, these kinds of hiccups stress me out when I should be calm when getting this testing done.
Anyway, after changing my clothes I automatically got into panic mode on whether these people understand a contrast (NEEDLE) is not needed for my tests. A fellow who was scheduled for a MRI of his liver didn’t escape the fate of the needle, but I tell you there was a lot going on that morning as the other patient and I were the first ones there for our tests. One technician was arguing with another on how he’s competent to set up the machine… like really?!
The other patient who had to get the IV strutted through with blood leaking through his IV-
I was mortified and ready to voice my anger if they came to me about taking an IV, when I know my doctor no longer requires me to get this. The whole ordeal what crazy to me, then the machine was making insane noises from what I’m usually used to hearing. I was actually praying this technician knew what the heck he was doing and hoping I didn’t have to do this crap again.
Before the exam I did ask was it listed for my pelvis which my exams consists of the spine
and pelvis and since for whatever reason my insurance was acting crazy, he could not advise other than what was on that paper to do. The one thing I can say this was the first time I actually fell asleep in the chamber- and for those who’ve been in this chamber know this is not an easy feat!

When I was done the waiting room looked like grand central and was too hectic for me to inquire about my insurance and this not being approved issue. I got home and made a call to my insurance company, with who, what , and why was there an issue when I have to do this test every year- like
what’s the problem….
He didn’t really give a concrete answer but after having me on hold a few times he comes back and says “Oh, you’re now approved for all tests” like are you freaking kidding me!
I just went through this crazy ordeal and here the day of the exam is when you approve it!!
Not only that- I now have only up until June16th to do missing test before it expires, so with my sighing he didn’t get my concern, that I have to arrange time- yet again to make this happen when this
&#%$#^ could have been done on the same day. Like what part of complex disease multiple myeloma don’t these agencies get- making life difficult for testing and treatment is daunting and frustrating and I tell you only when you’re in the same boat, some folks don’t get it.

So here we have it- spinal point or I hope points were done:
-Lumbar Spine
-Forasic Spine
-Cervical Spine
Approved

-Pelvic
Approved after the fact!

Now the saga on will the doctor’s office call to rearrange this test or as per usual do I have to follow-up and make arrangements…..