PORTLAND, Ore. (AP) – Field workers at an Eastern Oregon wheat farm were clearing acres for the bare offseason when they came across a patch of wheat that didn’t belong.

The workers sprayed it and sprayed it, but the wheat wouldn’t die. Their confused boss grabbed a few stalks and sent it to a university lab in early May.

A few weeks later, Oregon State wheat scientists made a startling discovery: The wheat was genetically modified, in clear violation of U.S. law, although there’s no evidence that modified wheat entered the marketplace.

They contacted federal authorities, who ran more tests and confirmed their discovery. 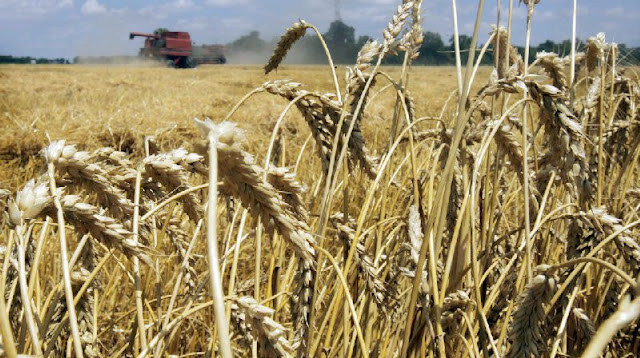 No genetically engineered wheat has been approved for U.S. farming. U.S. Department of Agriculture officials said the wheat is the same strain as a genetically modified wheat that was legally tested by seed giant Monsanto a decade ago but never approved. Monsanto stopped testing that product in Oregon and several other states in 2005.

How the modified wheat made it from a private company’s testing grounds to the Eastern Oregon commercial wheat field is a question investigators are trying to unravel in a mystery that could have global implications on the wheat trade in the U.S. and abroad.

Many countries around the world will not accept imports of genetically modified foods, and the United States exports about half of its wheat crop. Zemetra said the presence of the modified crop shows the need for testing.

“We’ll need to develop or implement a method for testing some of the grain to see for the first year or two,” Zemetra said.

An Oregon State wheat scientist and a graduate student did the first tests and discovered the likely presence of a gene that made the wheat resistant to herbicide.
The genetically-modified wheat grew on land that was supposed to be rotated, said Mark Flowers, Cereal Specialist at Oregon State University Extension. The field was in an off-year and in May 2013, it was supposed to be fallow and bare. Workers expected to kill off the few rogue plants that poked out of the ground.
But those plants resistant to the herbicide caught their attention.

“That’s when this was noticed,” Flowers said. “Some of the wheat did not die.”
USDA officials declined to speculate whether the modified seeds blew into the field from a testing site or if they were somehow planted or taken there, and they would not identify the farmer or the farm’s location.

The discovery also could have implications for organic companies, which by law cannot use genetically engineered ingredients in foods. Organic farmers have frequently expressed concern that genetically modified seed will blow into organic farms and contaminate their products.

U.S. consumers have shown increasing interest in avoiding genetically modified foods. There has been little evidence to show that modified foods are less safe than their conventional counterparts, but several state legislatures are considering bills that would require them to be labeled so consumers know what they are eating.

While most of the corn and soybeans grown in the United States are already modified, the country’s wheat crop is not.

The tests confirmed that the plants were a strain developed by Monsanto to resist its Roundup Ready herbicides and were tested between 1998 and 2005. At the time Monsanto had applied to USDA for permission to develop the engineered wheat, but the company later pulled its application.

During that testing and application process, the Food and Drug Administration reviewed the variety found in Oregon and said it was as safe as conventional varieties of wheat.

In a statement issued Wednesday, Monsanto noted that this is the first report since its program was discontinued.

“While USDA’s results are unexpected, there is considerable reason to believe that the presence of the Roundup Ready trait in wheat, if determined to be valid, is very limited,” the company said.

USDA officials confirmed they have received no other reports of discoveries of genetically modified wheat. Michael Firko of the Agriculture Department’s Animal and Plant Health Inspection Service and Acting Deputy Secretary of Agriculture Michael T. Scuse said they have already been in touch with international trading partners to try and assuage any concerns.

“Hopefully our trading partners will be understanding that this is not a food or feed safety issue,” Scuse said.