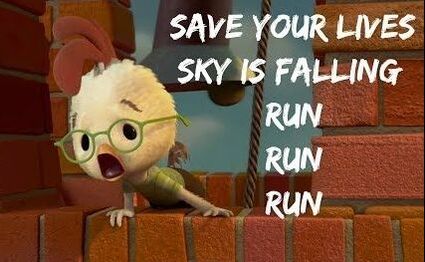 Let’s set the stage by first establishing the logic behind not negotiating Medicare Drug prices.  The first is this will limit the development of fewer drugs because the drug companies will develop fewer drugs.  The other is that we will not have access to many of the current drugs for cancer which are currently available in the US but not in Europe or other countries.  Some very good arguments if they were at all credible.  But I would argue it is nothing more than Bogus Spin by Drug Companies and their lobbyists. The Drug Industries’ efforts to  Pettifog the Public!  I will talk about each of these points in detail.

Before I begin the analysis of these arguments, I  believe they all are in fact mute.  If our government was a government which represented the people, one would think that if 9 out of 10 members of the public believe we should negotiate Medicare D prices, how on earth could  it not be law NOW? Something is very wrong with our democracy, when just 10% of the people can DICTATE policy!

With all of this doom and gloom you would think the Medicare Part D was the vast amount of the global drug spending.  However, in 2017 Medicare Part D spending was just $154.9 Billion of the total worldwide spending of $1135.0 Billion.  This is 13.6% of the world spending.  The Congressional  Budget Office(CBO)  projects a savings of $49 billion per year and at the average after tax profits of Pharma at 14%,  the impact on the bottom line of the international drug industry would be $6.9 Billion or just 6/10 or 1% if I were to provide a liberal estimate of the impact to pharma.  Let’s just say, because we do not negotiate price the profit on Medicare is 3 times greater than the industry average or at 42%,  then the impact would be just 1.8%.  Someone seems to be trying to make a MOUNTAIN out of a molehill.  The source of much of this information can be seen if you CLICK HERE!  The CBO also estimates that the loss in revenue for drug manufacturers would lead to 8 to 15 fewer drugs coming to market over the next 10 years of the approximately 300 drugs expected to be approved during this period.  To me drug companies will continue to do what they have always done to improve profits and that is to JUST RAISE PRICE. With drug increases of over 10% each year for 5 years and 2017 at 8.4%, any impact of lost profits would be offset by just one year of price increases.

The final point on the suggestion negotiating price will limit the development of new drugs.   If you can make profits and your bonus by just raising the price of your existing drugs, why go though the heavy lifting to develop new drugs.  If we take away this FREE LUNCH, major drug companies will have a greater incentive to develop new drugs to achieve improved profits.  In addition, big pharma will more likely look to the small biotech companies who are a major incubator of drug development and help them to bring great ideas to the clinic.   The process used to be these small inventive companies would develop ideas conceived at Universities, the NCI,, Teaching Hospitals and Labs, bring them to a level of development and then be taken over or funded by large pharma which had the financial might to spend the $2.5 Billion to get these drugs to market.  This process has been disrupted when all you have to do is raise price to make bonus.  The inventive, small biotech companies now are starved for funding, and are seen as easy targets for destructive stock manipulation, which can and does bankrupt these small vulnerable agents of invention.

The last argument is just preposterous!  New drugs are patented so drug companies can sell them as a monopoly for several years.  For the European’s they set the price based on a value of $50,000 per year of life saved by a drug, and the US has a number from ICER which is a benchmark at $150,000 per year of life saved.  So the USA will always be the first country to get drugs approved based on having a much higher threshold for drug denial at 3  times that used  in Europe.

Just as an aside, I recently attended the ASH(American Society of Hematology Meeting) in Orlando and was amazed at the explosion in new treatment developments.
With this new backlog of drugs in later stage development, the future of FDA new drug approvals looks outstanding.

The last important part is the graying of America and the world, which provides a HUGE tail wind to the growth in Pharma sales and profits.  This has been reflected in the  tremendous growth which we have seen in Medicare Part B and Part D spending..  In 2017 spending was $185.3 Billion of the total USA spending of $333 Billion.  This was 56% of the total by just 15% of the US population over 65.  The US population over 65 will increase to 21%  of the US population in 10 years, 40% greater than today.  Logic would therefore assume Medicare spending would increase by 40% or $74 Billion without a price increase by Pharma due to just the aging population.  A way to reduce Medicare costs are right here, without cutting Medicare funding at all.  NEGOTIATE PRICE!