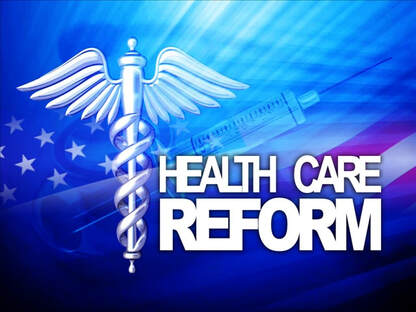 As a myeloma patient I feel blessed to have had great insurance through my wife who had great union benefits as a teachers aide.  I  had kidney failure so I could get Medicare coverage as a secondary insurance.  In addition this coverage allowed me to be treated at Mayo and UAMS, two of the world’s best Myeloma Centers.  So personally I loved my doctors, hospitals, and drug companies because I had AFFORDABLE ACCESS to excellent health care.  I, plus perhaps 50% of Americans, are equally blessed.  This leaves the remaining 50% without affordable access to our system, and this makes all the sense in the world why the following statements are true, and all else is bogus spin.

We spend twice as much as the highest per capita spending of any other nation in the world.  Over twice as much as the average of all other developed countries.  We should have a healthier population than the rest of the world, but over and over on any measure life expectancy, child death rate, etc. we are seldom even in the top 10.  We do not get what we PAY FOR !

Drug Prices are 2 to 10 times more  expensive than in most other counties.  All other nations and commercial insurance negotiates for lower prices, but Medicare does not.  It is like everyone gets to buy a car at half price except the US which must pay list!  Whatever drug companies give up to other great negotiators is made up by increasing list on Medicare!

Insurance companies, PBM’s and Medicare base copays as a percent of List price, and not of negotiated price.  If the insurer get a 50% discount you still pay the SAME % of List.  Also as the price of drugs increase the copay cost goes up.,  The copay for generic drugs is low $5 to $10 per prescription, but Tier 4 and specialty drugs(like cancer drugs) far greater and can be as much as 30 to 35% of the list price or as much as $5000 per per prescription.  The copays must be limited to $100 to $200 per prescription.

The new laws in the House and Senate do not address the issue of affordability, but could with some key modifications.  The following discusses most of the above and more.