Skip to content
Up at o’dark thirty, but didn’t depart Mackay, Idaho for the Idaho Falls until 9 AM. Had to go to the Ammon Walmart (suburb of Idaho Falls) for a prescription and then I went on to the Idaho Falls Airport. Parked Bart in the long term lot and had quite the hike to the terminal. However, I had a long wait until the TSA opened the screening, so I rested up.
I haven’t flown since 2004 and back then the only screening, as I remember it, was to take off your shoes and walk through the scanner. I worried today about all the pills that I was carrying and the Fragmin pre-filled syringes. I sailed through without any questions!
Trying to locate the right gate for my flight to Denver was a tad harder – no one to ask and no tv screens that I could see. I just walked from one gate to another (just a total of 3 on 2 different levels) and asked the people who were sitting there if they were going to Denver and FINALLY found my gate!
My carry one suitcase was 2 inches too big, so they took it on the tarmac and told me I could retrieve it when I got to Denver, again on the tarmac. 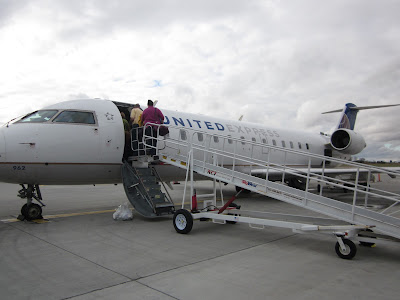 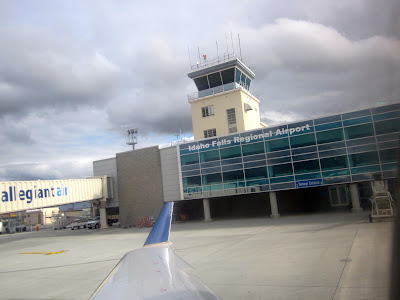 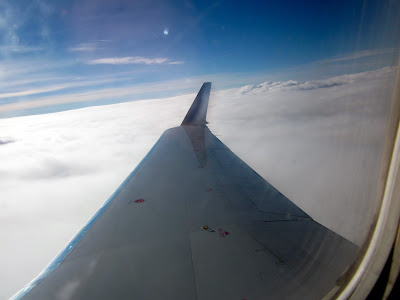 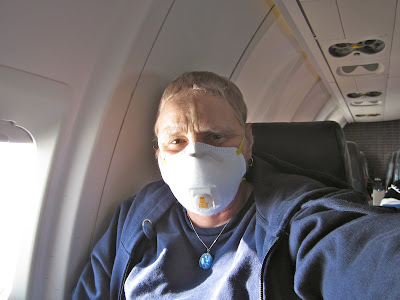 The commuter flight had just 2 seats on each side of the aisle. I had been assigned the window seat. The flight was almost full. The lady next to me asked me about the N-95 mask that I was wearing.
I told her I had no immunity due to a stem cell transplant and she said, “My husband had a stem cell transplant from himself and then a stem cell transplant from his sister who was a match.”
jm: What type of cancer?
Lady: Multiple Myeloma and we went to Seattle for the transplants.
jm: When did he have the second transplant from his sister?
Lady: 2005
jm: Is he on any chemo medications now?
Lady: No chemo at all  – he takes some medications for his neuropathy.
They (she and her husband across the aisle, looking quite fit) were on their way to Redding, California to visit their son for Thanksgiving.
At any rate, I think things happen for a reason and it was good to hear a positive story about multiple myeloma.
Flying in to DIA (Denver International Airport) reminded me why I love blue skies Idaho so much. Denver’s infamous BROWN CLOUD was terrible today. 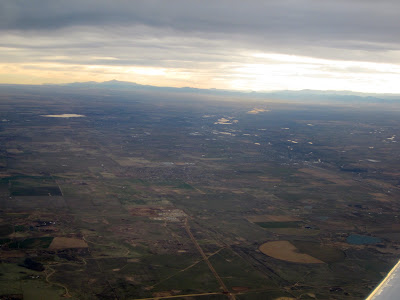 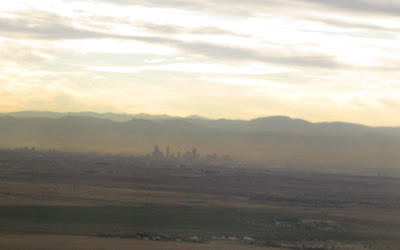 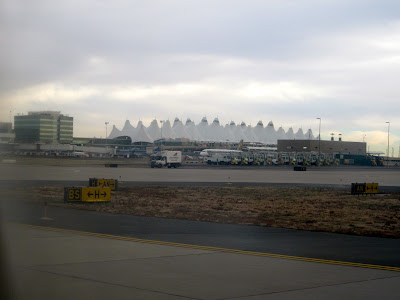 I had to walk the entire distance from one end of Concourse B to get to my next departure gate for Phoenix, Arizona. They say it is a half-mile long, but dragging my ancient carrying on bag with less-than-rollie wheels and my backpack (total weight only 31 pounds), my heart was racing and I was slightly out of breath.
I met up with Jani about half way. So GOOD to see mine sis-ter again!!!!! 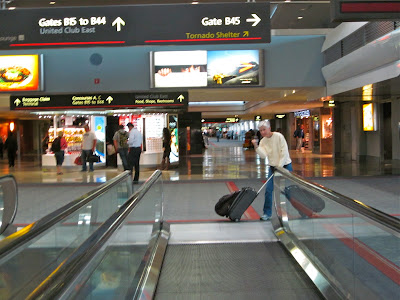 We had a hamburger at McDonalds and then walked down to our departure gate.
DIA does not provide internet access, so Jani and I used our i-phones to send a few texts to people. I called our father to let him know I made it to Denver and Jani and he said Ron Krishnek picked Kemmer up this afternoon.
Our flight to Phoenix left a little late around 6:30 PM and it was 2 hour flight. The flight was, again, almost full. 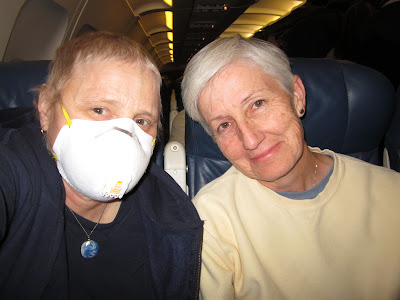 My sister is such a goof-ball – I LOVE HER! 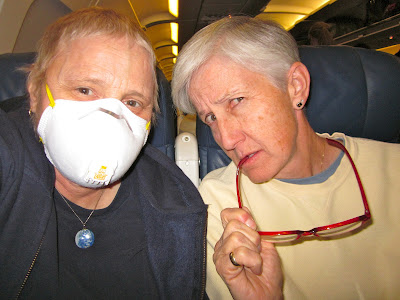 We made our way to the rental car bus and were able to pick any of the about 8 cars they had. We (well, mostly Jani) looked at EVERY ONE of the and finally decided on a white Chrysler 200 LX. 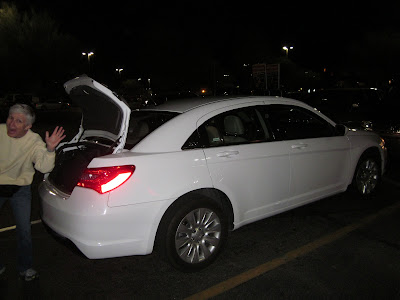 Then, we drove to our motel with a kitchen in Scottsdale, Arizona. We got a medical discount on the room rate. Followed by a trip to TACO BELL – just a few blocks away and a trip through a grocery store. We got back to the motel just before 11 AM – a long day for this girl! 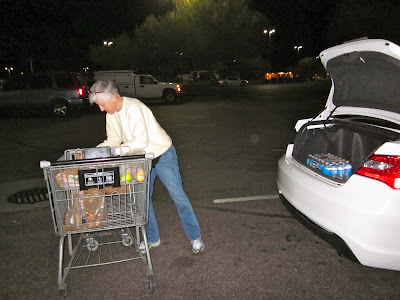 The only drawback is no wireless in the motel room – can hardwire in the dining area, but that would mean I would have to sit at the table and I am truly a laptop user….We have a
Verizon MiFi Hot Spot that we are going to activate tomorrow so things should get better in that department soon.