Expect two things to happen now that Vermont’s legislature has passed H.112.
Any day now, Vermont Gov. Peter Shumlin (D) is expected to make history by signing that bill into law as he has suggested, making his the first state to require genetically modified food to be labeled as such. Then, maybe not too long after that, expect the state to be sued over it.

There’s no guarantee of legal action, but legislators, officials and advocates are preparing for it. Earlier this month, state Attorney General Bill Sorrell told Vermont Public Radio that he would be “very surprised” if the state isn’t sued over the law. And officials were so sure of a challenge that the measure itself creates a $1.5 million legal defense fund, to be paid for with settlements won by the state. They think it’s coming, but they also say they’re ready.

“The threat of a lawsuit worked for a while, but now it doesn’t work anymore,” says Ronnie Cummins, national director of the Organic Consumers Association, whose organization has for years worked with activists and lawmakers in Vermont on the issue. “I think they may go ahead and sue and do it rather quickly in the hopes that it may gather momentum,” he added, referring to biotech industry groups. 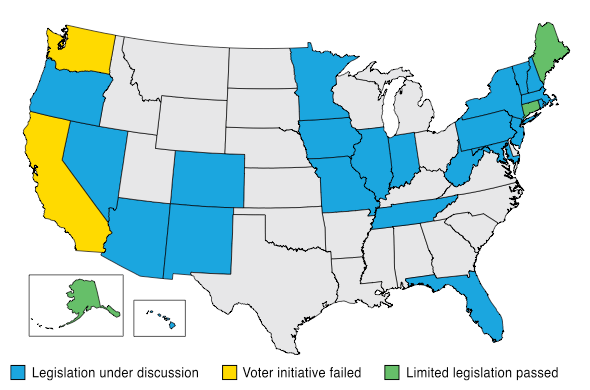