It seems like I have been on hiatus since my last post was written over two months ago on August 15.  Since I began this blog, I have posted every month until now and I am not sure why it has taken me so long to write a new post.  Could it be writer’s block?  Sometimes I think it is but maybe not.

Over the last 5 1/2 months my multiple myeloma oddysey has been one of chemo twice a week for two weeks and then a week off.  I see my doctor and start all over again.  Nothing too interesting to report there, just the usual fatigue and what I call a toxic feeling that usually includes a headache.  On the days after chemo, the steroid drip that I am given before Velcade, gives me a boost and I can almost always count on feeling pretty well those days and often the next day after.  As you can see, nothing terribly interesting or exciting has been happening since I last wrote. Until last week.

To my great disappointment, my lambda light chain went up instead of down.  The time before it had gone down only four points and that was unsettling because it seemed to me it was an indicator that Velcade was losing its effectiveness against the myeloma cells.  So, when the number actually went up last time, it was upsetting.  Actually, it was scary.  I haven’t talked to my oncologist about this latest result, but I will see him on October 29.  At my last appointment, I talked to him about the possibility that Velcade was losing its mo-jo but he said it is too early to tell.  He assured me we still have a lot of options including my 5 million stem cells in cold storage.  Since the initial shock of reading that elevated number in my online medical chart, I have calmed down a bit.  I know that there can be blips in blood work.  My WBC is a perfect example.  It is up and down like a proverbial yo-yo from one week to the next.  I hope that is the case with the lambda light chain since it is the main cancer marker that they track for me.

Three years ago, on October 19, I began the stem cell transplant process.  We drove back and forth to Seattle each day for  new rounds of screenings and tests.  This included full body x-rays, heart scans, breathing tests, blood work and more blood work, a dental exam, a mammogram, just to name a few.  It also included a couple of scares along the way: the surprising diagnosis of hypertrophic cardiomyopathy and the need for a breast biopsy.  To my relief, the biopsy turned out all right.  I had two emotional meltdowns during this time.  First, when I got the call that I needed a breast biopsy and second, the day they placed the Hickman line.  That Hickman line made the whole ordeal so real and the thought of those two lines hanging out of my chest for the next two months was more than I could take on that day.  But, I got through it.  On November 14, I checked into the University of Washington Medical Center and the real journey began with 24 hour round the clock chemotherapy that went on over five days. After that, we lived in Seattle for two months to be near the clinic as I continued the arduous process.  It is hard to believe it was three years ago.

Jack-o-Lantern
I’m not afraid
There is no need.
He’s but a grown up
Pumpkin seed.

In October of 2009 my home was in full Halloween regalia.  Oh, how I loved collecting Halloween things and decorating our home at the beginning of each October.  Sadly, all that Halloween fun has been boxed up and stored in the garage until now.  After I was diagnosed with multiple myeloma in January of 2010, I didn’t feel up to the task of decorating and undecorating for Halloween for the last three years.  Even though I haven’t been feeling great the past few months, for some reason I felt compelled to get those boxes out of storage this year.  My house is not in “full” regalia but I have put out some of my favorite things and it looks like Halloween in here again.  It has buoyed my spirits (no pun intended) and it has felt wonderful to get creative and be back doing what I love to do…decorate. 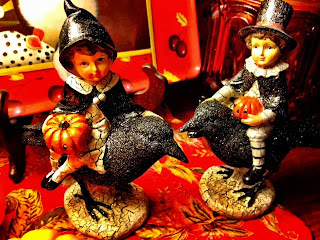 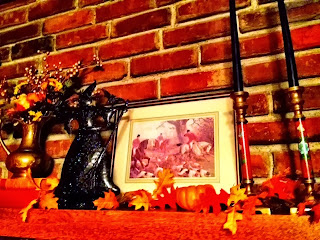 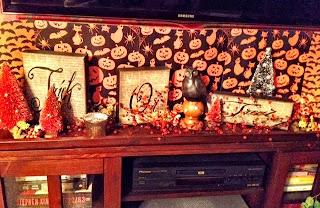 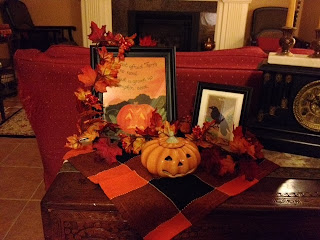 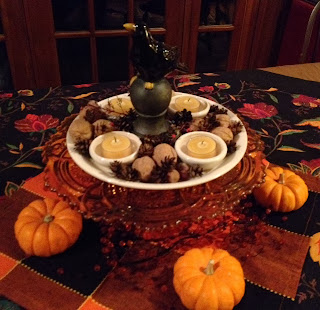