So much to share, and of course today is Crash Day from Monday’s New Treatment Regimen, so I’m feeling new and different side effects, ugh… Also just as I was beginning this post, I received new (shocking) lab results from Monday’s pre-infusion blood draw. Didn’t know they were running my IGA, Beta2, along with the basic CBCs, etc, prior to my new treatment infusion, but glad they did as a baseline…  Thank you for checking in and caring as you do!

Ok, here we go with the new treatment story: 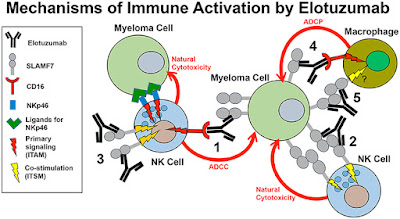 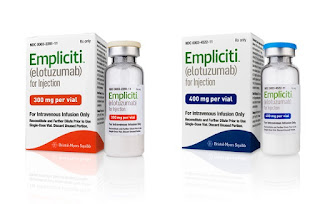 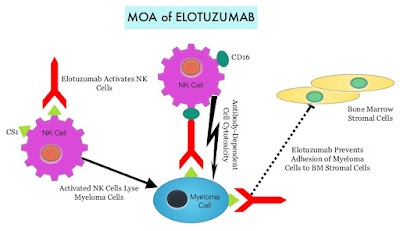 Hello again, my ol friend Revlimid who originally saved my life
after my December 30, 2009 IGA Lambda Myeloma diagnosis.
Was on Revlimid 2010 before my July 2010 SCT,
Then low dose maintenance 2011, 2012
Took a break summer 2012 to summer 2013,
Then back on 2013, 2014, early 2015
Until I became “Refractory” to it, and switched
to Kyprolis…
So basically my Myeloma is trying to rage again. I am such an “under reactor” and naive optimist, and always think things will just magically be ok, or that my myeloma diagnosis was a mistake. Until I get slapped in the face with reality in the form of lab results. Well I’ve received several wake up calls in the last week, along with side effects that just won’t go away. All these I have been denying away for quite some time now.
I had a CT scan back in January, and it was noted that I have a new “mass” in my Right side skull. It measures 36 x 37mm. I think I even posted about it then, but with my husband’s complicated Alzheimer’s situation, and then the rise of Corona Covid, I ignored my news and hoped it was all wrong, or again, would just magically resolve itself. Well, as my headaches came and went with varying degrees of intensity, I just couldn’t deny something was up in my head. I had intense headaches back in late 2019, early 2020, but associated it with the crazy “head colds” I had on and off in Dec, Jan, Feb. I even had a CD disc of the CT, but I can’t make heads or tails of the data, and it all looks like outer space meteors and aliens to me. It wasn’t until I met with my Dr last Thursday, and she was able to locate the written report and print it out for me, that the reality of this monster growing in my skull, hit me. And it’s continued to hit more and more each day, along with the increase in IGA, Beta2 and M Protein levels. I can’t deny my status anymore, and I can’t just “hope” it will all be better, and disappear… Here are my realities and wake up calls: 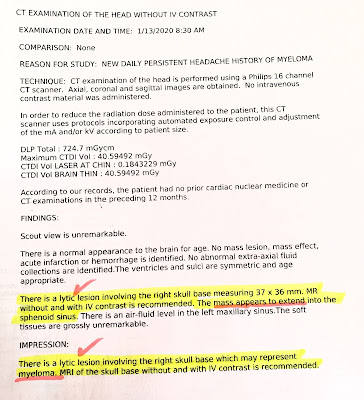 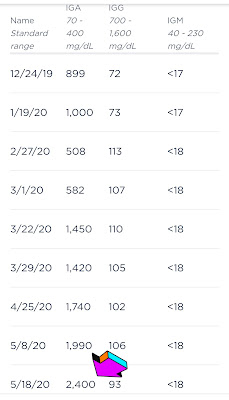 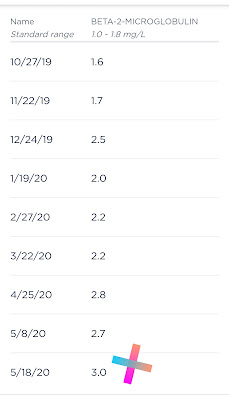 So Monday was the first of my new treatment triplet of Elotuzumab/Emplicity, 28mg of Dex steroid pills at home, along with another boost of 8mg of Dex steroids via IV with the Elotuz infusion, along with 50mg of Benadryl, along with 2 pills of Tylenol, I think a total of 500mg, and some Pepcid. Then I take the 10mg Revlimid pills daily (at night) for 21 days, just like years ago. Basically all went ok with the first infusion. I did have a slight stuffy throat reaction very briefly, but we slowed the flow of the infusion, and all was ok. As I have posted before, I love the up up up buzz I get from the Dex steroids, along with the relaxing sleepiness of 50mg of IV Benadryl, along with the time I am at the chemo lab “just relaxing”, no one needing me,… so treatment days for me, are actually rather pleasant lol. But I know the crash is coming, so I do mentally prepare for that. Late Tues, into Wed is a struggle, but by mid Thursday, I begin to feel a lot better. I’m very fortunate I respond well to steroids, and don’t have the horrible reaction many do. Well, some weeks I do. Some weeks it’s harder on my stomach than others. I have associated that the lower my WBC, the less dramatic UP I have. 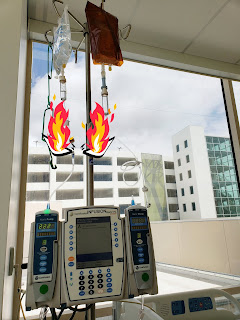 Here we go
back to IV infusions 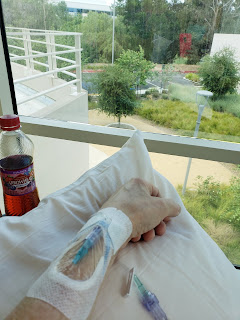 Lucky me, room with a lovely view
Anyway, I have scheduled the recommended MRI for early June, to further look at the monster growing in my head. I am still uncomfortable with the Gadolinium contrast used for the scan, but I guess I will just have to take my chances, and hope I don’t have some crazy allergic or kidney reaction.
https://www.cancertodaymag.org/Pages/Summer2019/Concerns-Raised-About-MRI-Contrast-Dye.aspx
https://www.drugwatch.com/gadolinium/side-effects/
Please let me know if any of you reading this have had a negative experience with the Gadolinium contrast dye with a MRI… Ugh, I just don’t want to deal with another challenge…
I’m just so sad Myeloma has consumed the last ten and a half years of my life, and the reality is, will consume the rest of my life, just trying to stay alive and deal with all the side effects and body deterioration. A mass in my skull, head is kinda scary. I’ve been allowing myself to think more about this reality. Radiation to the head, brain is a bit scary… Don’t want to lose any more brains than I already have…
Hoping this crazy life isn’t too crazy for you, during these crazy crazy times! Thank you for checking in and caring about my story as you do. I appreciate all your comments, and you sharing your story here with me and everyone else. 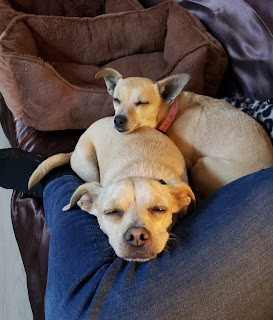 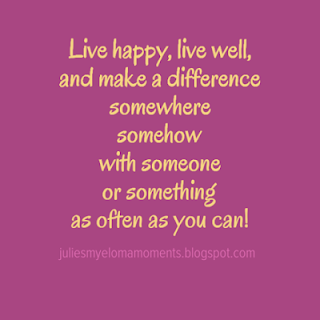