Ok 2009 was a really bad year for this family!! There are a few highlights but not many that happened. The biggest! Mark made it through it all and is now in remission and staying strong and positive.

I will do a little recap of the year that we want to forget with a couple exceptions.

As everyone who still reads this knows we started the year out by moving to Salt Lake City so Mark could be closer to the hospital to do the collecting of his stem cells. Then back home again in Febuary when he finished collecting.
A couple of good things did happen. Britt had baby Carlos in February. 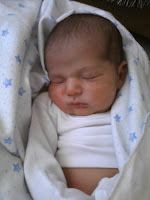 Carlos Feb 16. 2009
First transplant was March 10th Mark got very sick, but still was home with me taking care of him there. Second transplant was June 16th it started off on a good foot, but then took a turn for the bad when Mark got a fever and ended up in the hospital. Several days in the hospital and then released on his birthday June 28th.
By July 30th the cancer was officially in remission. YAY!
July I also found my mother in diabetic shock and she spent several days in the hospital, then had to put her in the Nursing Home, hated that.
September, Mark’s friends put on a car show for him “Crusin for Strapper”. Again we can’t thank everyone enough for the out pour of friends and family that came to help out there. Thank you! 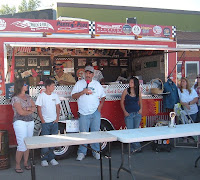 October, A couple of good things, Shane got his first deer. Mark’s hair came back FAST, dark black and curly 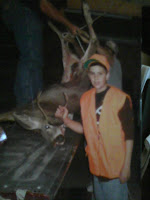 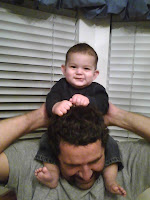 November was the last Thanksgiving with my mother. My oldest daughter and her boy’s were able to come to dinner, but Brooke was in the hospital and Britt was so sick she ended up in the ER that evening. 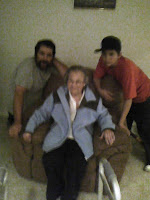 December has ended with the worst of all things. I had been putting off a surgery for a few years now. I felt that Mark was doing ok and that my mother was doing ok in the nursing home. So on the 2nd I went in for the surgery on the 4th I got a call from the nursing home that my mother has fallen and is being taken to the ER. Long story shortened… she had nothing wrong with her head.. BUT they had found on the CT that her heart was having problems. They said she was too weak to with stand surgery and gave her about six months. She passed away 48 hours later. Rest in peace my sweet mom, I miss you so much.
We did get everyone together for Christmas and that was a good thing and a real nice way of putting everything behind us for a little while. 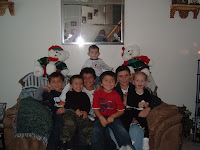 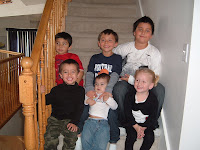 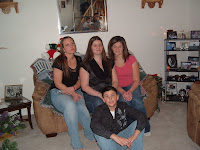 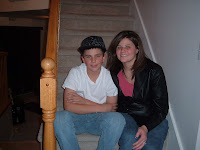 So looking forward and hoping for a much better year to start. Being thankful that we are all here and that Mark has pulled through all this. My fortune cookie said ” your troubles will cease and fortune will smile upon you” I can only hope it is right.
Thank you to all of you who have helped us get through this year in any way.
Bring on 2010!!