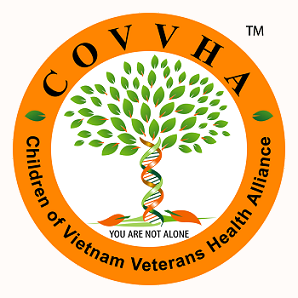 Let’s Face It, There will always be someone who looks at you like a deer in headlights when you try to explain why GMO’s are not safe.  Maybe this will help.

1. GMOs are grown with toxic chemicals and resulting pesticide residues are known to be harmful to human health.

2. Research has shown that laboratory mammals fed GMOs suffer adverse effects that include damage to kidneys, liver, adrenal glands, spleen, and heart. Additionally, their immune systems were compromised and in some cases brain size was reduced.

3. GMO crops require huge amounts of chemicals that are harmful to soil, water, the atmosphere, and creatures. Although they are promoted as a technology to reduce pesticide usage, GM crops in the U.S. used greater than 26 percent more pesticides per acre in 2008 than non-GMO crops, based on U.S. Department of Agriculture (USDA) data.

4. GMOs are actually increasing the need for stronger and more poisonous pesticides. For example, one agrochemical company is awaiting USDA approval of corn and soybeans resistant to 2, 4-D, a chemical related to Agent Orange.

5. GMOs are causing a growing epidemic of “superweeds.” These massive weeds have evolved a resistance to glyphosate, a chemical used on GM crops. Stronger toxic chemicals and soil-eroding tillage operations are required in order to eliminate superweeds.

7. GMO practices contaminate our organic and local food systems. A report titled, Gone to Seed, found that 50 percent or more of non-GMO corn, canola, and soybean seed have been contaminated with GM genes.

8. Beneficial insects can be harmed. A Cornell University study showed that monarch butterflies suffered higher mortality rates when consuming milkweed leaves dusted with the Bt toxin associated with GM crops. And recently, pesticides called neonicotinoids have been blamed for the collapsing bee populations.

Harms to social and human rights.

9. GMOs are promoted as way to feed the world and mitigate hunger; however, numerous studies demonstrate that the GM crops do not produce higher yields as claimed. As one example, a USDA publication reports that “GM crops do not increase the yield potential.”

10. GMOs lead to corporate control over seed and food: Today only one company controls about 95 percent of GM seeds. This limits access to seeds, which are the center of food and life.

11. These large agri-corporations do not let farmers save seeds, a basic practice that has continued for centuries to ensure food security.

12. GMO agriculture is an extension of current industrial-farming practices that have resulted in the loss of family farms and farmer livelihoods around the globe.

Scientific Reasons to Avoid GMOs at All Costs

1)  A study reported in the June 2013 issue of the peer-reviewed Journal of Organic Systems involved research conducted over 22.7 weeks using 168 newly weaned pigs in a commercial U.S. piggery. One group of 84 pigs ate a diet that incorporated genetically modified (GM) soy and corn, and the other group of 84 pigs ate an equivalent non-GM diet.  The pigs that ate the GM diet had a higher rate of severe stomach inflammation – 32 percent of GM-fed pigs compared to 12 percent of non-GM-fed pigs (see photo above). The inflammation was worse in GM-fed males compared to non-GM fed males by a factor of 4.0, and GM-fed females compared to non-GM-fed females by a factor of 2.2. (Source)

2)  In 2012, researchers found that female rats fed Roundup Ready-tolerant GM corn developed large tumors and dysfunction of the pituitary gland; males also developed tumors and exhibited pathologies of the liver and kidney (Séralini, GE and others. Long term toxicity of a Roundup herbicide and a Roundup-tolerant genetically modified maiz. Food and Chemical Toxicology 2012).

3)  Scientists at the Russian Academy of Sciences reported between 2005 and 2006 that female rats fed Roundup Ready-tolerant GM soy produced excessive numbers of severely stunted pups with more than half of the litter dying within three weeks, and the surviving pups completely sterile.  (Source)

4)  In 2005, scientists at the Commonwealth Scientific and Industrial Research Organization in Canberra, Australia reported that a harmless protein in beans (alpha-amylase inhibitor 1) transferred to peas via genetic engineering caused inflammation in the lungs of mice and provoked sensitivities to other proteins in the diet (Ho MW. Transgenic pea that made mice ill. Science in Society 29, 28-29, 2006).

5)  From 2002 to 2005, scientists at the Universities of Urbino, Perugia and Pavia in Italy published reports indicating that GM soy affected cells in the pancreas, liver and testes of young mice (Science in Society 29, 26-27, 2006).

11)  Testing by Monsanto itself has found that rats eating GM maize (MON863) develop smaller kidneys and show startling changes in blood chemistry.  One blood change included an increase in white blood cell count which demonstrates that the GM food elicited an immune reaction by the body.

The Weston A. Price Foundation