As consumer awareness grows around the risks associated with genetically modifying the food chain, the rise of foods that have been certified as having not been altered in the lab grows accordingly. The folks at Packaged Facts say non-GMO foods could potentially account for 30% of all U.S. food and beverage sales, or $264 billion worth, by 2017 — and if package labeling becomes mandatory, it could hit 40%! 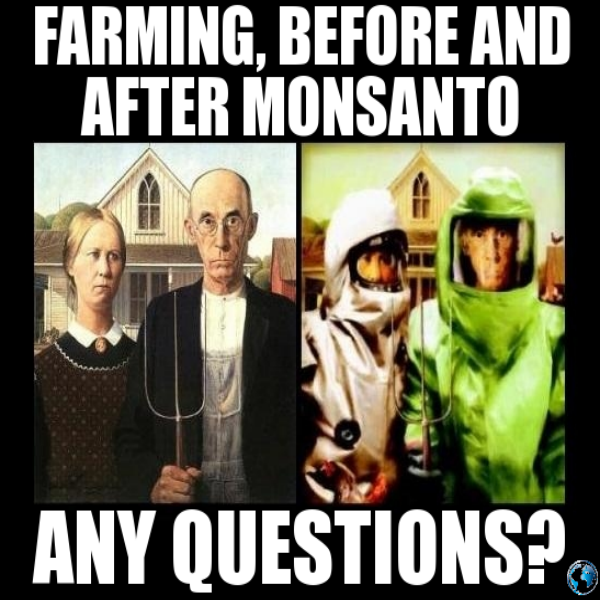 GM food proponents say there are no safety concerns as the engineered goods have been studied for decades and there are little to no health risks. Because they allow farmers to grow crops in regions previously inhospitable to farming and can create cheaper and perhaps more nutritious foods, it’s a boon to the world’s hunger problems.

For those of us on the other side of the issue, we’d point to the fact there’s been no long-term testing of GM foods on humans. It unnaturally introduces organisms, bacteria, and viruses into the food chain, creating Frankenfoods that have genetic materials from different species injected into them, that can cause unwanted side effects from overexposure.

Companies like Tyson Foods (NYSE: TSN  ) and Smithfield Foods (NYSE: SFD  ) have just agreed to stop injecting their cattle and hogs with weight-gain drugs just before slaughter because of the ill effects they were causing the animals. And the CDC released a report showing the threat to human health posed by overexposing livestock to antibiotics.

It’s more than just a casual relationship that we have developed superweeds and superbugs through the overapplication of herbicides and pesticides. As I’ve pointed out before, there is a growing body of evidence that specific pesticides created by Bayer, Dow Chemical (NYSE: DOW  ) , and Syngenta (NYSE: SYT  ) are also causing the collapse of honeybee colonies, which is a grave risk to the food chain because they are the pollinators of the world that ensure our crops grow.

To think that a seed can be genetically altered to withstand the spraying of Monsanto’s (NYSE: MON  ) powerful herbicide Round-Up and continue growing, and that it’s still OK to eat, is a bridge too far for many. 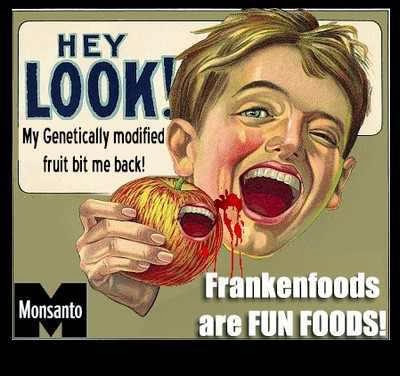 Which is why GMO labeling is so important for consumers. It allows the individual to decide when, how, or whether she will choose to eat such products. Admittedly, today it’s difficult to actually not eat lab-altered foods, so prevalent is the reach of the chemical agri-giants. Virtually all processed and packaged foods have been tainted, but despite the breadth of coverage, it wouldn’t cause any increase in food costs as has been suggested. A just-released study called “Why Labels Don’t Affect Food Prices,” confirms consumer demographics and competitor pricing has more of an effect on prices than changing labels does, which is a regularly occurring process for manufacturers anyway.

With at least 85% of all soybeans, corn, sugar beets, and canola grown from GMO seeds, and most of them are made by Monsanto. If you’re eating something that has those listed as ingredients on the label, there’s a good chance it’s been modified on a genetic level. It’s estimated 60% to 70% of all food on the supermarket shelf is GMO.

The best way to counteract corporate agriculture’s grip on the food supply is to grow as much of your own produce as possible, and failing that (or supplementing it), supporting local farmers markets. This isn’t some “back to nature” 1960’s hippie movement, but rather recognition that the more Monsanto, Syngenta, Bayer, Dow, DuPont, and others control what is grown, the less choice we have over what we can eat.

But as Whole Foods Market (NASDAQ: WFM  ) , Ben & Jerry’s, and other companies commit to labeling their own products or ensuring they’re GM-free, it will eventually becoming a much broader phenomenon we see take hold. The demand for natural, organic foods will drive their growth as Whole Foods is witnessing, reporting third quarter sales grew 12% from the year ago period, which is down only slightly from the 13% gains it recorded at the time.

Monsanto’s not going away, as entrenched as they are, but investors should be on the watch for those companies on the forefront of ensuring the purity of their food as they will be the ones to reap the greatest rewards from the effort down the road.