We made it! I am overcome with emotion as I remember back to August 8, 2008 (8/8/08). We were in survival mode as new parents of two little ones who were 2 and 9 months, with still a very young marriage of less than four years. On top of that, we had just moved back to Ann Arbor the year prior, I started a new job and I just completed building our dream home near the Big House to stake claim to a place that would become home to thousands of memories that we planned to create. Here is a picture of the kids before diagnosis. 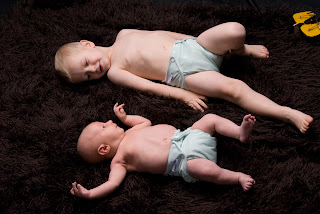 A simple google search after diagnosis showed that the five year survival rate for Myeloma patients was a pathetic 37%. I was a day past my 28th birthday, facing what seemed to be an inevitable death sentence. I was young, healthy, I had a budding and beautiful family, but suddenly I was thrown into a new reality, one where a young death felt almost certain. It felt even probable that Ocean would never be able to create any memories of his dad that would be lasting.

Thanks to an army of people, we chose to keep our chin up and shoot for the best possible outcome, a cure. We were told the disease was incurable, but we chose not to believe it. Although my body was stricken with a horrible disease, we would not allow our attitudes to be shaken. But it wasn’t easy…There was 12 days of projectile vomiting, a 2 hour ambulance ride, 2 bone marrow transplants and ER visits and hospitalizations every step of the way. 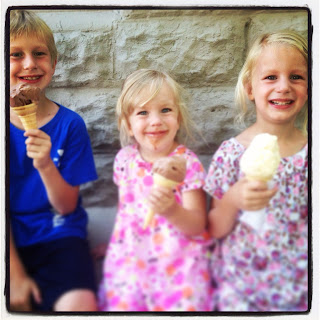 But now, 5 years later, Cassie and I try our best as tired parents of (now) three energetic kids as shown above, to celebrate life, not just live it. We aren’t experts at it, and most of the time we just want to nap or sleep in a little longer, but we do see the world very differently because of our experience with Myeloma. We know how quickly life can be stolen from you. Because of this we try to vacation a little longer, laugh a little more and spend more time with each other.

Many thanks to the army of people who have followed us and joined us in kicking cancer. We aren’t out of the woods yet, but we are able to see the setting sun on this disease and we are having a great time dominating life. Here is a picture of Cassie and me celebrating my 33rd birthday yesterday in South Haven! 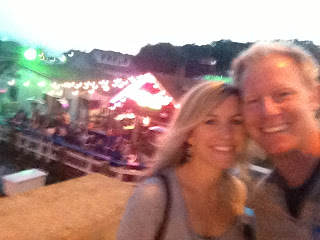 P.S. Here is an archived video when I started chemo 4 years ago! Wow, we look young.