Today is probably not a good day to write a blog, as I feel lousy physically and mentally, to be completely honest. I am just so worn down by battling myeloma. So worn down by fighting for my health, and then being “shocked” that “nothing” I do, matters. I am just so frustrated with feeling sick except on steroid days. Then 48 hours later after the fake boost from steroids, I get to crash and feel yucky for several days, then begin the cycle all over again. And today, thanks to my very compromised immune system, I wake up with a sore throat, headache… here we go… so sick of being sick all the time… 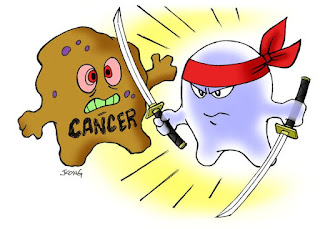 I see and understand my blood test results, confer with my Doctors, but I just can’t get used to me being a “terminal” “incurable” cancer patient. I can’t stand how this myeloma cloud has parked itself over my life for 7 years now. My IgA and M Protein continue to climb, despite hitting myeloma with this new cocktail of Velcade, Pomalyst and Dex steroids. I have another week of Pom 4mg, Velcade shot this Friday, blood tests next Monday, then status appointment on Feb 16. My IgA has increased, but I did notice that my M Protein, went down a speck. Weird. 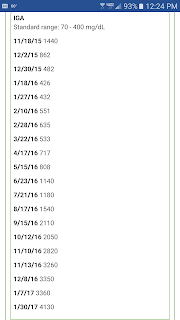 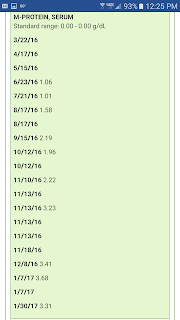 Honestly, I’m surprised I don’t have better results. Actually “shocked” that my numbers haven’t plummeted. See, I’m rather “spoiled” from my treatment success in the past. I responded well and fast after initial diagnosis. Revlimid gave me some rough side effects, but Rev and Dex saved my life in 2010 before my SCT, and then for 18 months of follow up maintenance after my SCT, keeping me in remission. When I came out of remission in 2013, Revlimid and Dex steroids were my best friend again. Lousy side effects, but they kept myeloma “stable” for quite some time. When Rev and Dex lost their power mid 2015, and I invited Kyprolis in to pummel myeloma, and it worked for almost all of 2016, very successfully in the early months. I even came close to my IgA being near the high end of normal after several months of infusions. And for a month, my M Protein did not even show up in the Protein Electrophoresis test. But after several months, sure enough, myeloma mutated again mid 2016, and overwhelmed Kyprolis’ power. By late 2016, we moved to Pomalyst, then recently added Velcade.

So after meeting with my Dr on Friday Feb 3, our plan is to stay this course for the standard 21 days of Pomalyst, along with the Velcade shots and 40mg Dex weekly. Then take the standard one week break from Pom which will bring me to the 3rd week of February. Most likely I will then start the Darzalex/Daratumumab.. unless Pom and Velcade have miraculously pummeled myeloma. 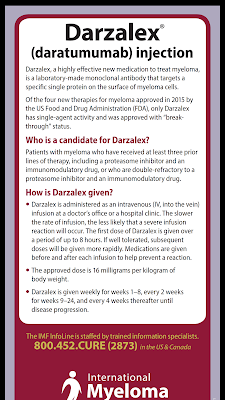 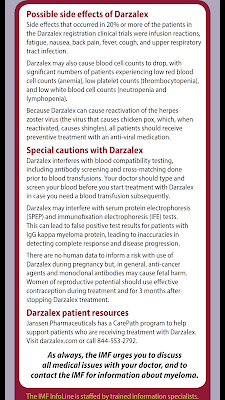 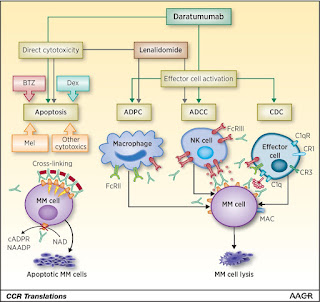 I hear good things about Darza, and by next blog post, I’ll know whether I’ll continue with Vel, Pom, Dex or move on to Darza, Dex?? Thanks for reading and caring as you do, and I hope all is good for you and yours. Happy Valentine’s Day next week. 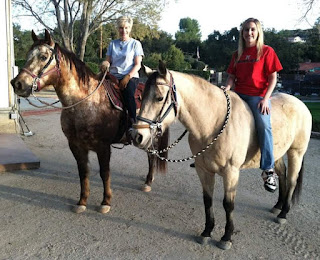