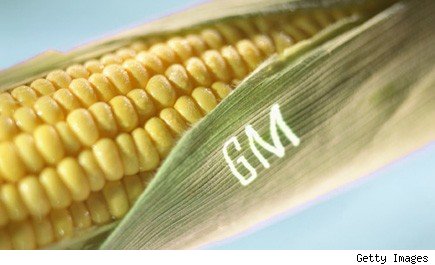 Despite significant popular support for the labeling of genetically modified foods in recent polls, when it came time to vote on election day, Californians rejectedProposition 37, which would have required businesses to label products containing genetically modified organisms, or GMOs.Proponents of Proposition 37 argued that the labeling requirements would provide consumers with valuable information that would allow them to make better purchasing decisions. Opponents countered that labels would mislead consumers by creating the impression that GMOs are harmful to human health.Many attribute the loss to a multimillion-dollar advertising campaign against the proposition funded largely by agriculture and food companies like Monsanto (MON), PepsiCo (PEP), Coca-Cola (KO), Kraft (KRFT), and Kellogg (K). Opponents of Proposition 37 raised at least $45 million to affect voter sentiment, while supporters of the proposed law — mostly consumer advocacy groups — raised only about $8 million.Was it a fair fight?Prop 37 advocates complain that their defeat wasn’t merely due to being outspent, but also due to opponents using deceptive marketing practices to shift public opinion. One example called out was a mailing to state residents which used the FDA logo and a quote saying, “The US Food and Drug Administration says a labeling policy like Prop 37 would be ‘inherently misleading.'” FDA spokesperson Morgan Liscinsky later pointed out that the FDA did not make this statement or express any opinion on the proposed legislation.Valuable Tool or Unnecessary Information?If Prop 37 had passed, the law would have forbidden food companies from labeling foods with GMO ingredients as “natural,” “naturally made,” “naturally grown,” or “all natural.” Businesses would have had to label raw GMO produce as “genetically engineered,” and to label all processed foods containing GMOs as “partially produced with genetic engineering,” or “may be partially produced with genetic engineering.”The law also would have empowered consumers to stand up to companies that label their products inaccurately by making it possible for them to win lawsuits against food companies without having to prove specific damages resulting from the labeling violation.

While Big Ag argued that studies haven’t shown GMOs are harmful to human health, Prop 37 advocates point out that most industry-funded studies last only 90 days. And although the Food and Drug Administration has deemed GMOs safe for human consumption, proponents worry that the FDA doesn’t actually test these foods before they go to market, and so they don’t have sufficient evidence to declare these goods safe.Other advocates argue that even if GMOs are safe to eat, mandatory labeling would provide valuable information for consumers who worry about the sustainability of GMO farming, and its potential to breed “superbugs.”The fight over Prop 37 isn’t just a California issue: Opponents were worried the law would set a precedent for the rest of the country to pick up the anti-GMO torch. In fact, about 93% of the money raised to turn voters against the law came from outside the state.Advocates in Washington state, Connecticut, and Vermont are pushing to require labeling in their own states. Others are trying to utilize the national awareness arising from California’s campaign to gain signatures on a petition asking the FDA to require labeling of GMO foods nationally.