Skip to content
Floating in and out of time, in and out of space. No one else can touch us now. We’re in a different place.
In a Different Place – Ride
I’ve been struggling, for weeks, to get my thoughts together on the taboo topic of death in myelomaville.
I mentioned, in a recent post, that it’s hard to get rest in a young house. That’s just one of many ways in which my myeloma experience is not “typical”. If I were, as most people with myeloma are, 70 or older, I’d not be worried about rest, or children, or work. And although the “5-7 year median life expectancy” message wouldn’t be welcome then either, there’s all the difference in the world between wondering if you will get to meet all your grandchildren, and wondering if you’ll see your own children through primary school.

Dealing with myeloma throws up all sorts of issues. The medical system addresses the most acute physical ones, but that’s only a small part of the whole. Very early on, I realised I had a choice to make – do I involve myself in the “myeloma community”? For while I knew it would bring a lot of comfort and support, I also realised it would expose me (continuously) to the ravages of what myeloma does, to other people even when it is not doing it to me.

There are several myeloma forums. Myeloma UK operate a “discussion board”. It’s an open forum – you can visit it if you like. This is full of friendly people, and helpful advice and support. I wouldn’t wish to denigrate it. But as it’s a public space, one can only open up so far.

There are several groups on Facebook, which are closed and so a little more private, but they are also a little impersonal because they are big communities; because they are (statistically) older than me; and because (due to sheer weight of numbers) they are American in character. There’s nothing wrong with being American, of course (and lots right. Some of my best times have been in America, as are some of my dearest, oldest friends). But American forums are prone to woot-woots and “God’s plan” analyses, which don’t come so easily to an Englishman. 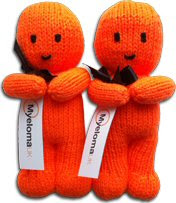 Myeloma buddies *
And then there’s the “MyelomaUnder50” club, another closed (i.e. private) space, created by a group of younger people, in the UK, living with myeloma. In the Under50s it is easy to talk about the challenges of parenting, and the pressures of work. It’s acceptable to say “fuck” and “bugger”. And it’s OK to medicate with red wine. If it weren’t for the Under50s, I’d probably have lost my mind. Emotional support is a valid form of medication in its own right.

About 4 people per 100,000 are diagnosed with myeloma each year. But only 2% of those diagnoses are among the 50%+ of the population who are under 40. There are around 50 diagnoses of myeloma in people under 40 in the UK each year. Your likelihood of getting myeloma before you are 40 is, in total, about 0.005%. It is very in character, for me, to get a rare, complicated disease. I recognise that. But it’s quite lonely too.

But with the support, comes the exposure. To let you into one of the nasty dirty secrets of myelomaville, every now and then someone in one of these communities, who I’ve exchanged messages with, and been inspired by, dies. It’s not an easy thing to respond to. Part of me is full of grief. Part horror. Part guilt. Part relief. (“I’ve lost a friend”/ “That could’ve been me”/ “It wasn’t me”/ “Thank goodness it wasn’t me” respectively.) Part of me wants to put my fingers in my ears, shout “LA LA LA LA LA” and pretend the whole thing isn’t real. Part of me wants to walk away from the myeloma community, so I can kid myself that this miserable shitty disease isn’t what I know it is.

But another part of me knows how futile that would be, and how much support I get from knowing other people are living with – and through – difficulties alongside me. (And I sincerely hope no-one will ever walk away from me or Marisa, just because we’re too much to cope with.)

I’ve been trying for weeks, to think how to put this into words. Thinking of Hugh, Pamela, Paul, Steve and their families.
Steve’s death was almost the first thing I read about on the Under50s club forum. You don’t get a gradual, gentle introduction, with this disease. I never knew him – he died a few weeks before I was diagnosed. But I still feel a bond.
Paul was an optimist, and went by the wonderful tag of “Outdoor Paul” because he loved doing outdoor things. He had an SCT, and appeared to be in recovery. On the day he was taken ill the last time, he’d just enjoyed a 5 mile walk on the moors. And then he got an infection and died.
Pamela lived with myeloma for years. She was a devoted mum of small children. Her myeloma was unrelenting. She took every treatment regime imaginable, but got only short remissions each time. She knew what was coming.
Hugh was in full remission from his SCT, and getting on with life. And then one night, without warning, he died.
They were all my friends in need. They were my brothers and sisters through myeloma.

I can’t do any more, really, than to pay tribute to the strength of their human spirit. Here’s to those living with pain and tribulation, myeloma or otherwise, in life or in grief, and doing so with grace and fortitude.

I’ll be honest and confess that all this was so much easier for me, a even just over a year ago, when I still thought I was invincible and didn’t really give a shit.

Even if I live another 40 years, and my myeloma proves less powerful than modern medicine (which I fervently believe it might), I’ll always carry the scars of my mortality, and the friends I have made and lost, along the way.

* These myeloma buddies were designed by Paula, another “Under50”. Sadly, Paula died last year.