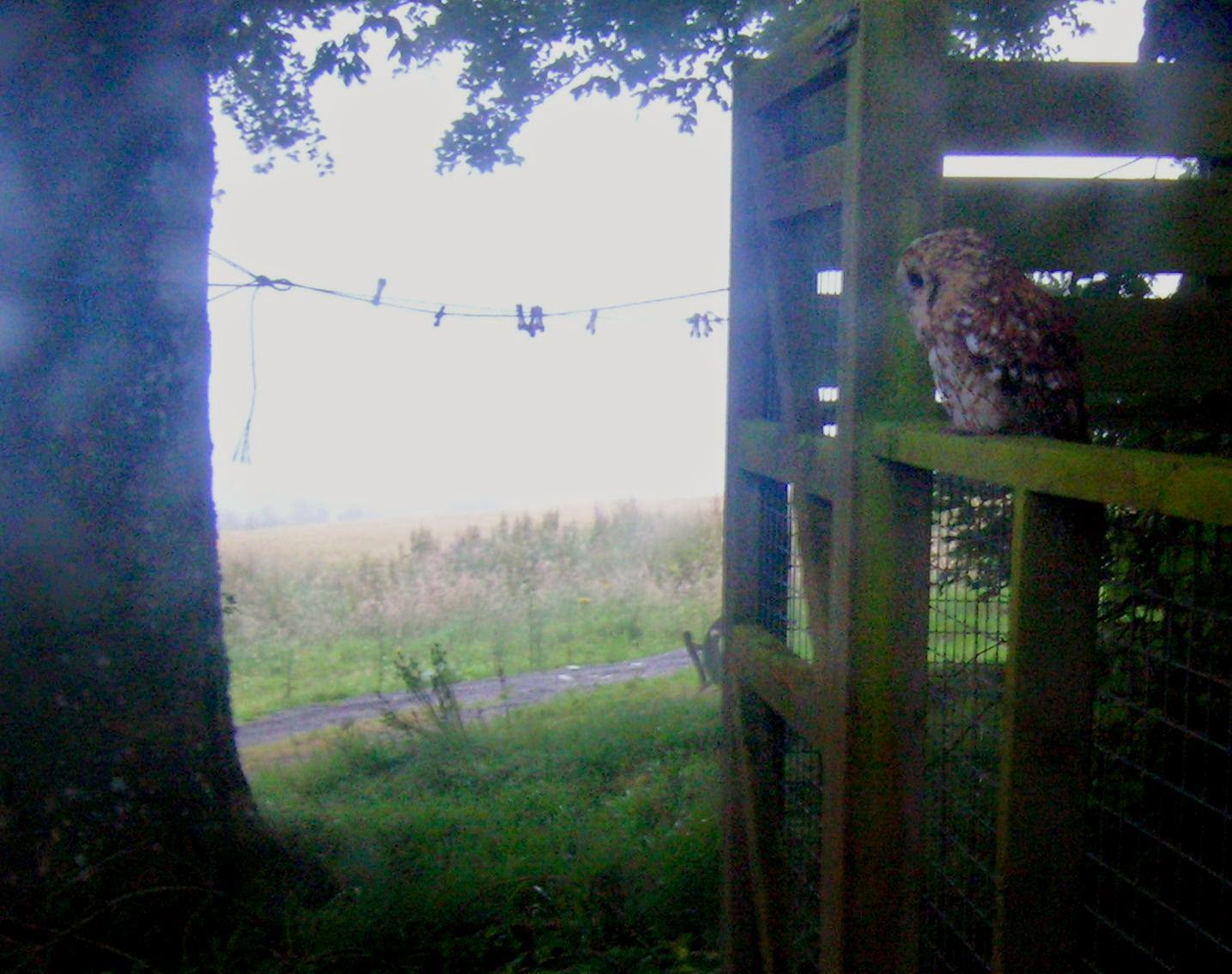 I have fallen in love with an owl.
I mean, just look at the plump fluffy cuteness of him or her!  I imagine it weighs about the same as newborn baby, with the same balance between head and nappy… and if I were to pick it up, it would loll against my shoulder and go to sleep.
Or peck my eyes out and fly away in outrage?
I won’t try it!
There are two of them, and the other night they were sitting right outside my window, chirruping away to each other for hours. 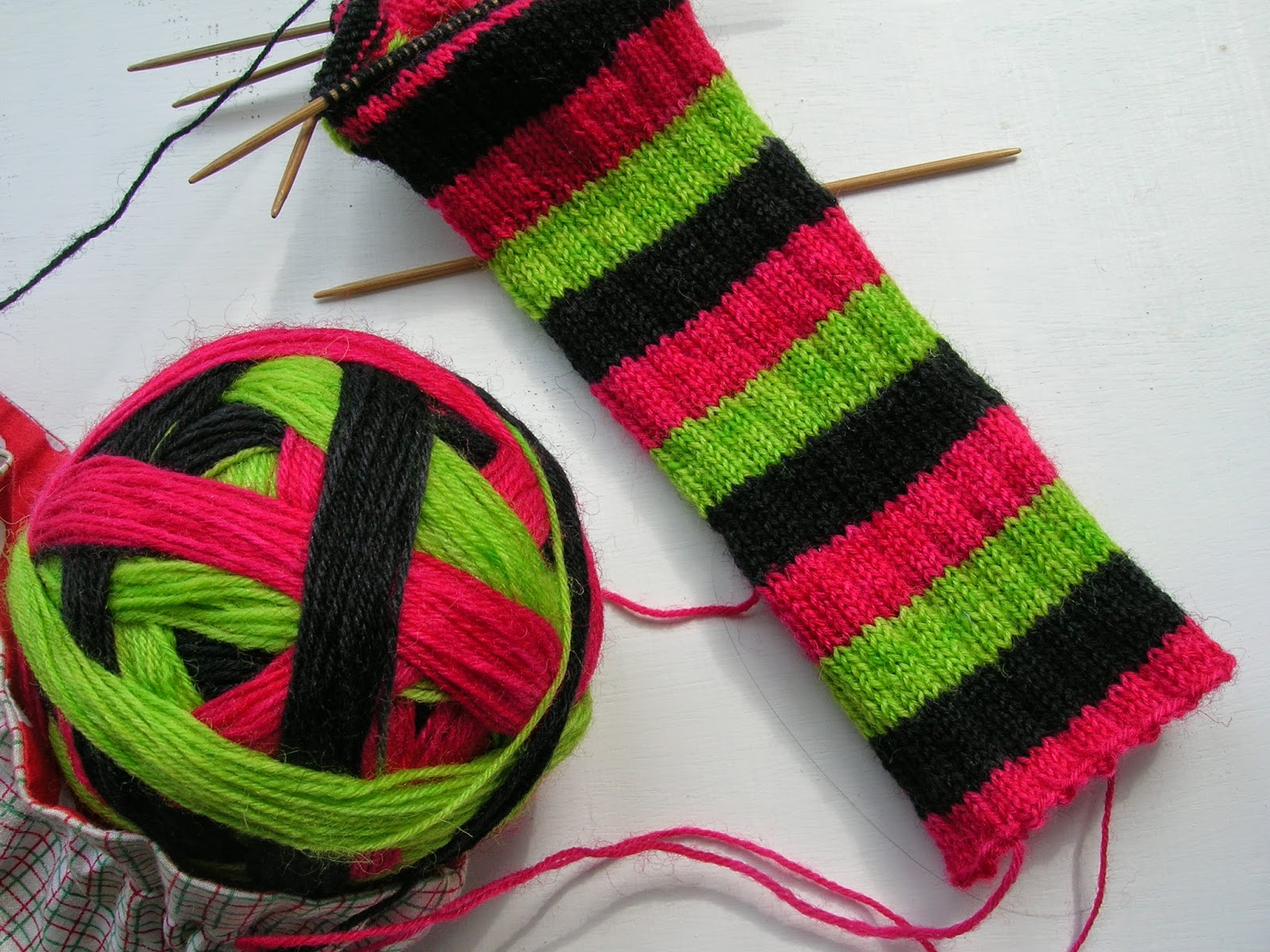 So my latest project, using “Wide Hilda’s Basic Ribbed Sock” pattern (free on Ravelry) is now dubbed my “Wise Owl Sock”.
Just because.
The yarn is Twisted Limone Tangy Self-striping, a 75% superwash wool / 25% nylon mix in the colourway Poppy Field.  The colours are a lot brighter in real life and the stripes are wonderfully even.  My only reservation about this yarn is that it is slightly hairy.  I prefer a smoother sock yarn.  But the colours are delicious.
I am having a serious attack of sock fever this summer.
I spotted two new Rachel Coopey Designs last night (while I was owl-watching with the other eye!) that I absolutely must knit:  Woodcutter’s Socks and Hansel and Gretel.  They are both in a new Interweave publication called Enchanted Knits, which bears more than a passing thematic resemblance to the Unofficial HP Knits that caught my attention last year.
But before I get to those, I have downloaded the Stepaside pattern that is Top of the Pops over on Ravelry right now.  It is one of those man-friendly-looking designs that takes plain ribbing to another place by adding an interesting cablicious not-lace panel down the side. And it’s free!
Of course, one link led to another and I ended up purchasing a skein of yarn from its designer at Dublin Dye Company – oops!
I’ll show you that when it arrives – I will almost certainly use it to knit a pair of Stepasides for FL. 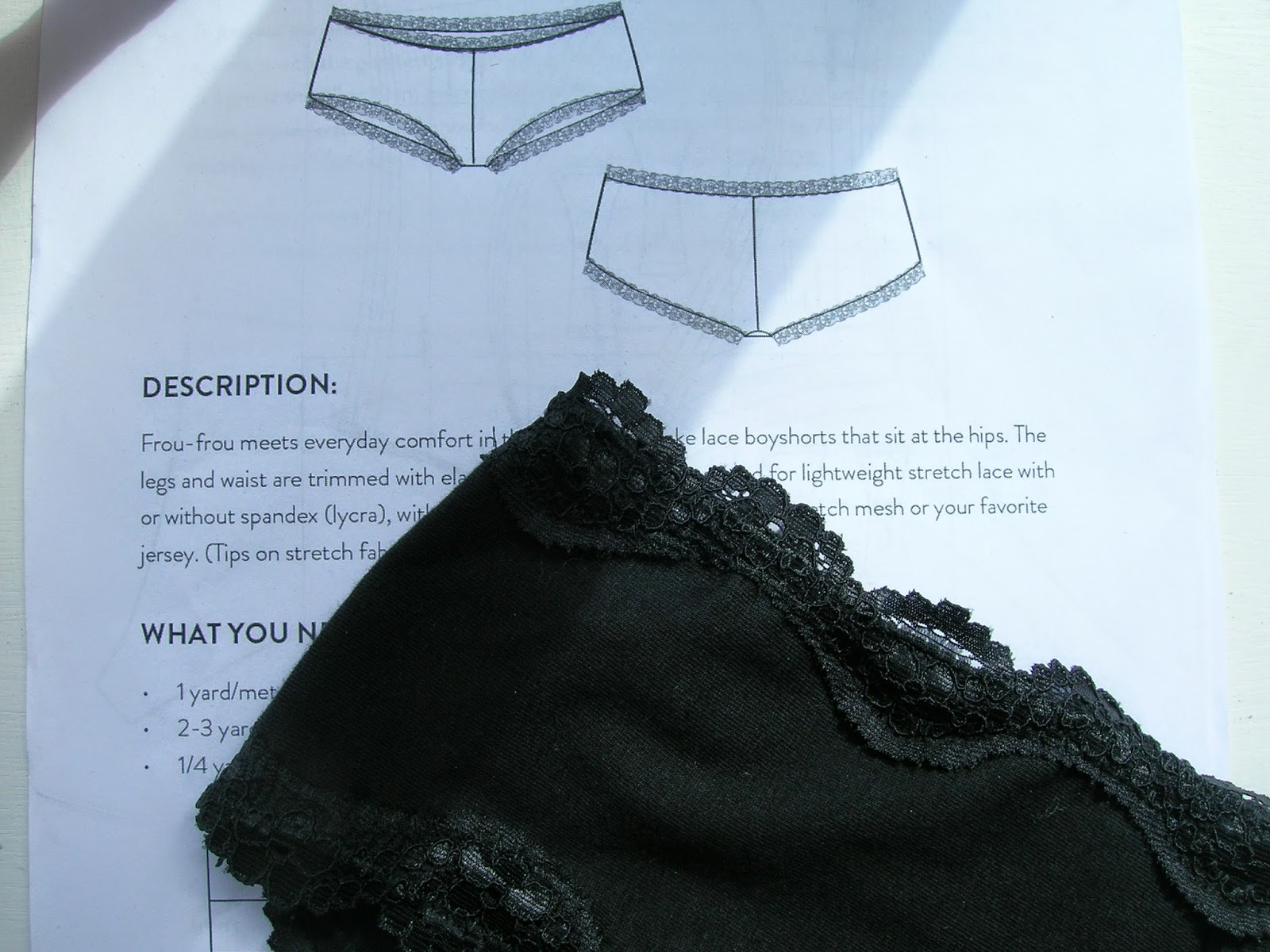 Meantime… I made a pair of knickers.
What’s that you say?  They look just like a pair of Asda “10 for £5” pants?
Yes, they do.
And they took me the best part of 3 hours to make.
I won’t be getting a job in a knicker factory anytime soon at that rate of production!
They are the Rosy Ladyshorts pattern from ClothHabit.  It is another free pattern.
I used the last few scraps of cotton jersey leftover from my black Plantain tee, and The Girl’s off-the-shoulder top.
They are perfectly wearable, but that elastic is not the best (ebay) and I had to stitch and restitch it to stop it from rolling.  Until I find a source of better elastic I won’t be wasting any more time on knicker-making.  I could have made a dress in that time! 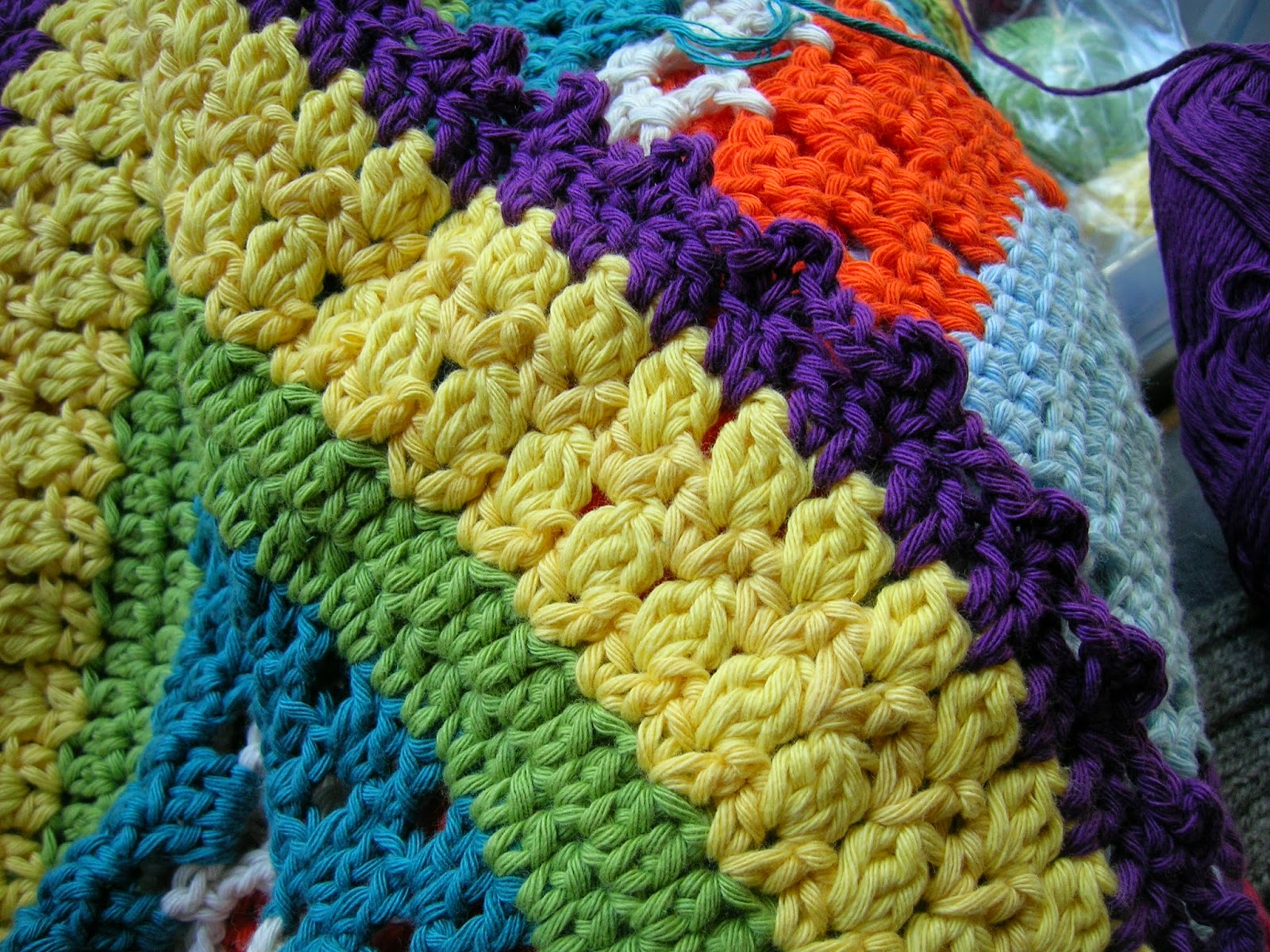 By contrast, I do not resent a moment spent on my giant crochet blanket.
This is the final stripe from Issue 50.  I have three more rounds of purple to go, but probably only enough yarn for two.  It’s fine.  I will just change colour.
I am definitely not buying any more yarn.
Got that?  NO MORE YARN!*

*Believe that and you will believe anything…