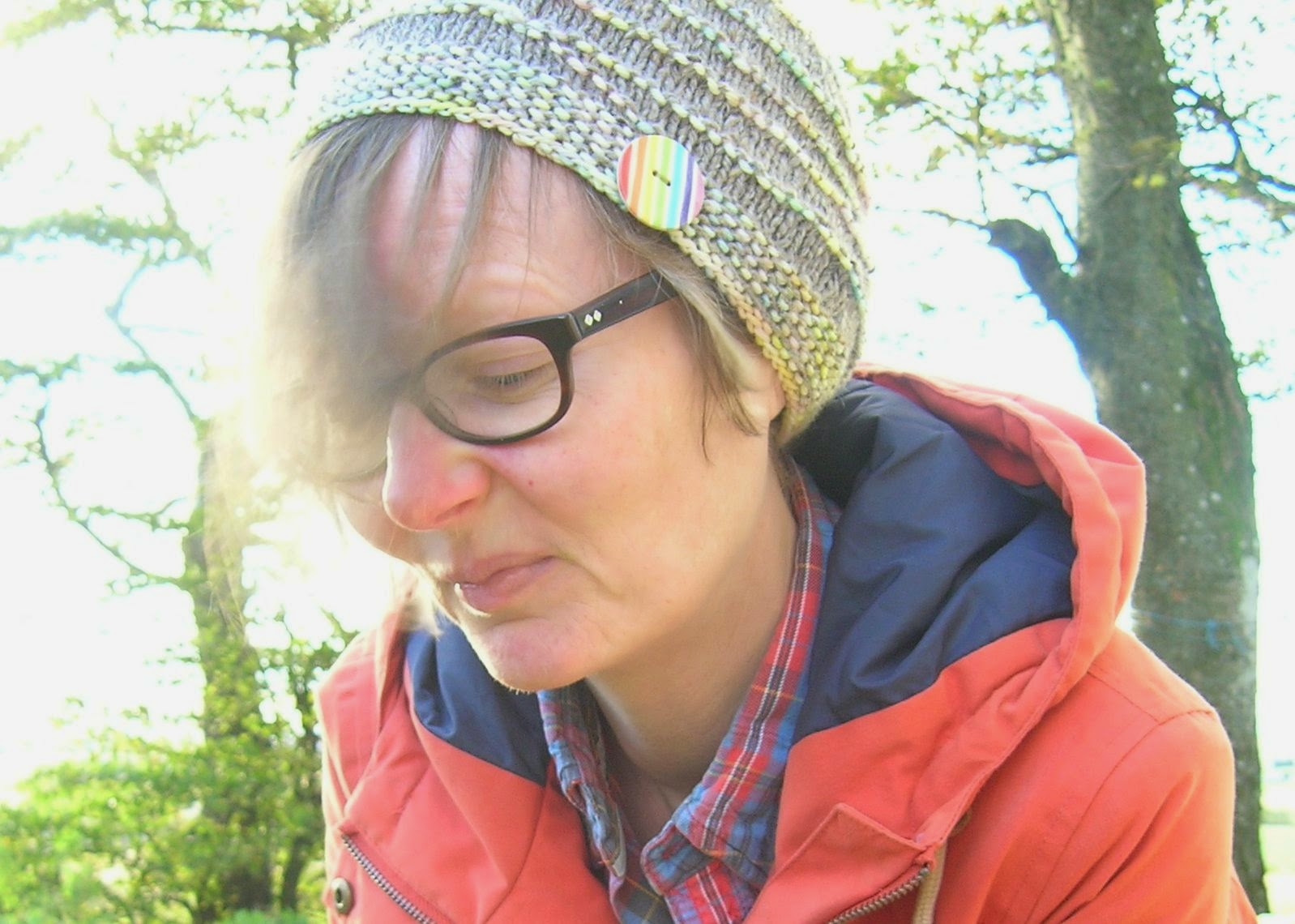 Welcome to today’s edition of “You know it’s autumn when Roo knits hats”.

This was not supposed to happen.
I was meant to be concentrating on The Big Red Doily.
Instead I knitted a beehive.
Or a honey pot?
FL says it is a Thai temple.  Nah! 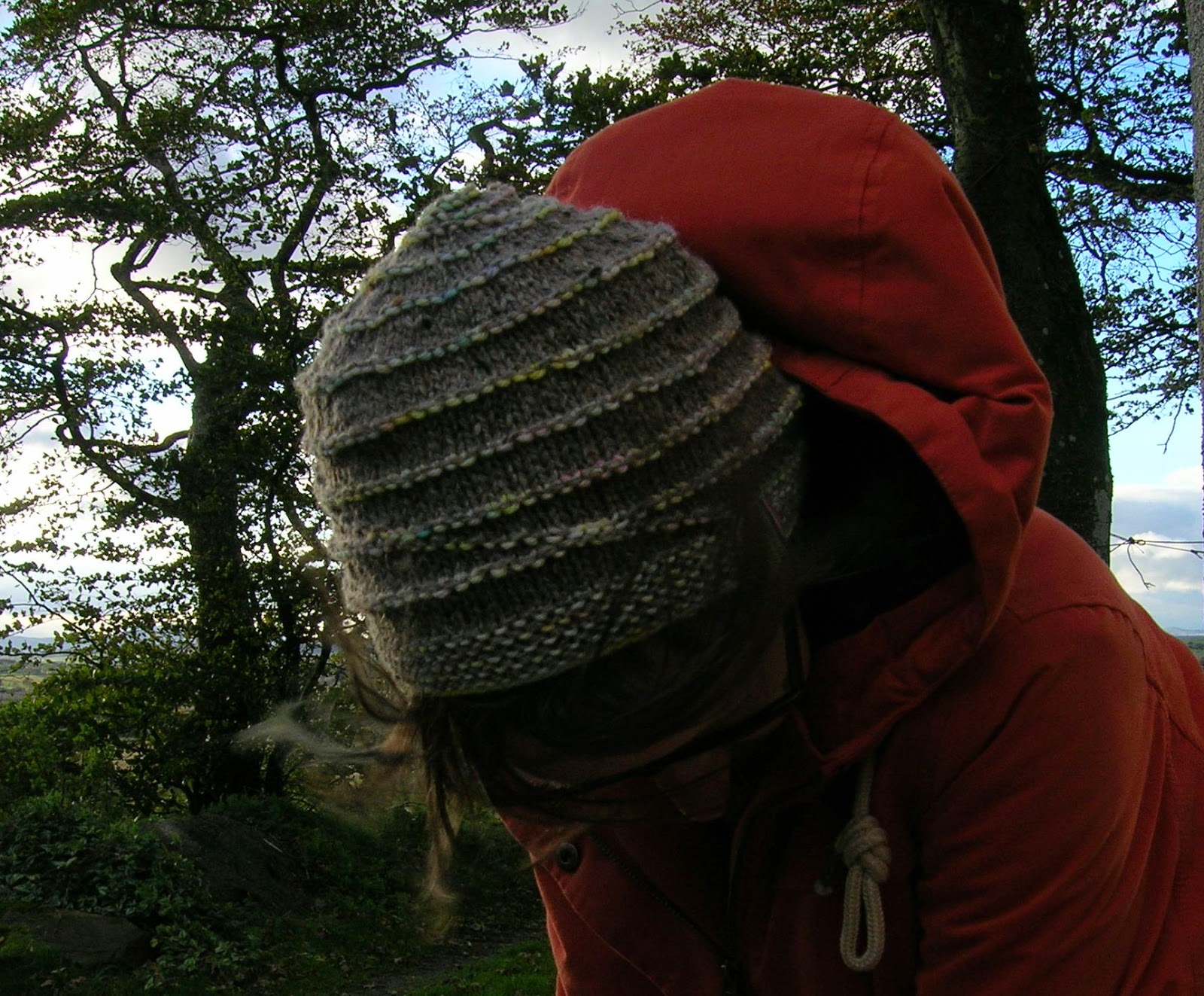 Being autumn, the sunshine and shadows played havoc with my attempts to take pictures in Nature. 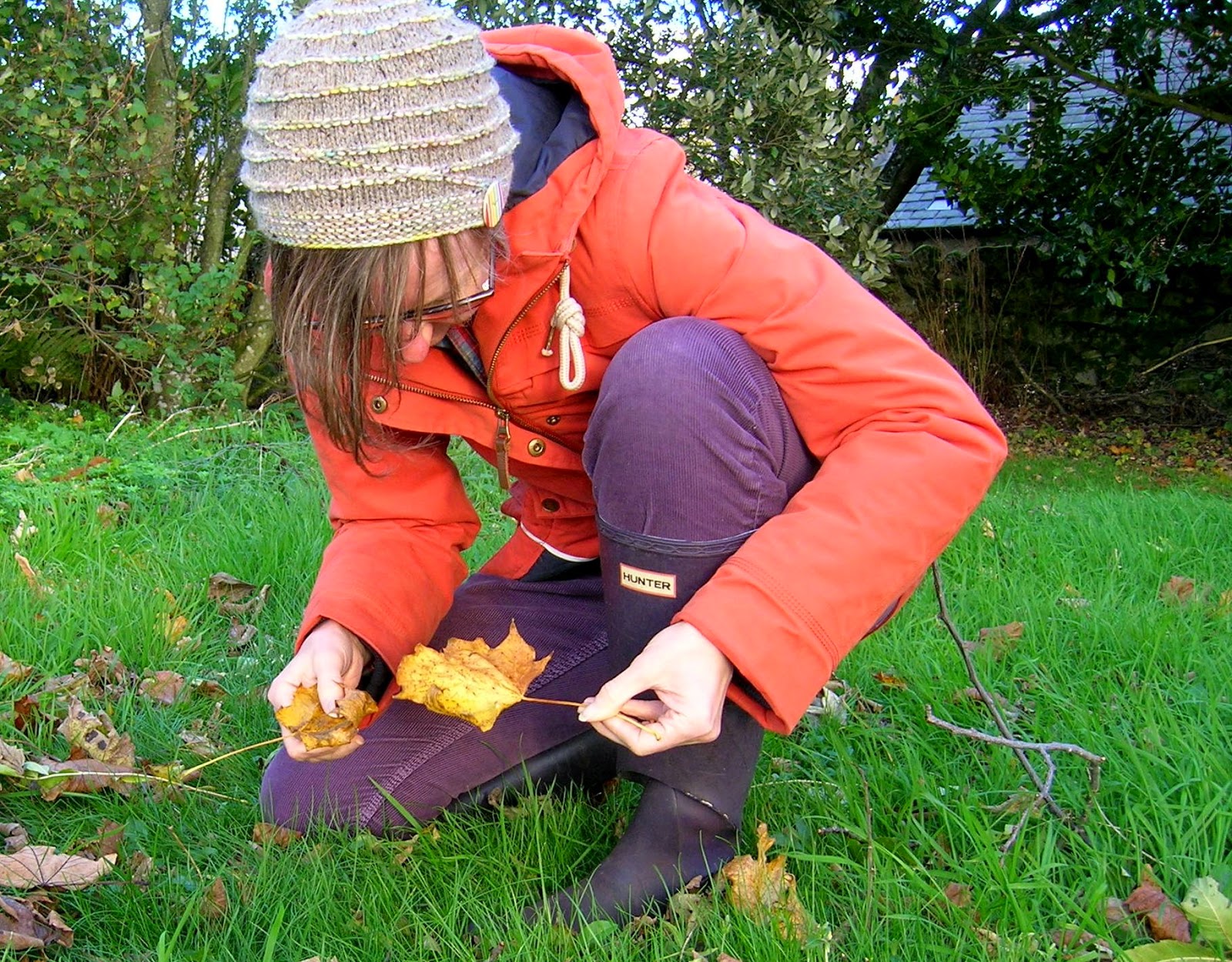 So here is the traditional window-sill shot, which fails to capture the shape or the colour contrast of the pastel rainbow against the tweedy beige base yarn. But does a pretty good job on the texture of that spiralling stripe of purls. 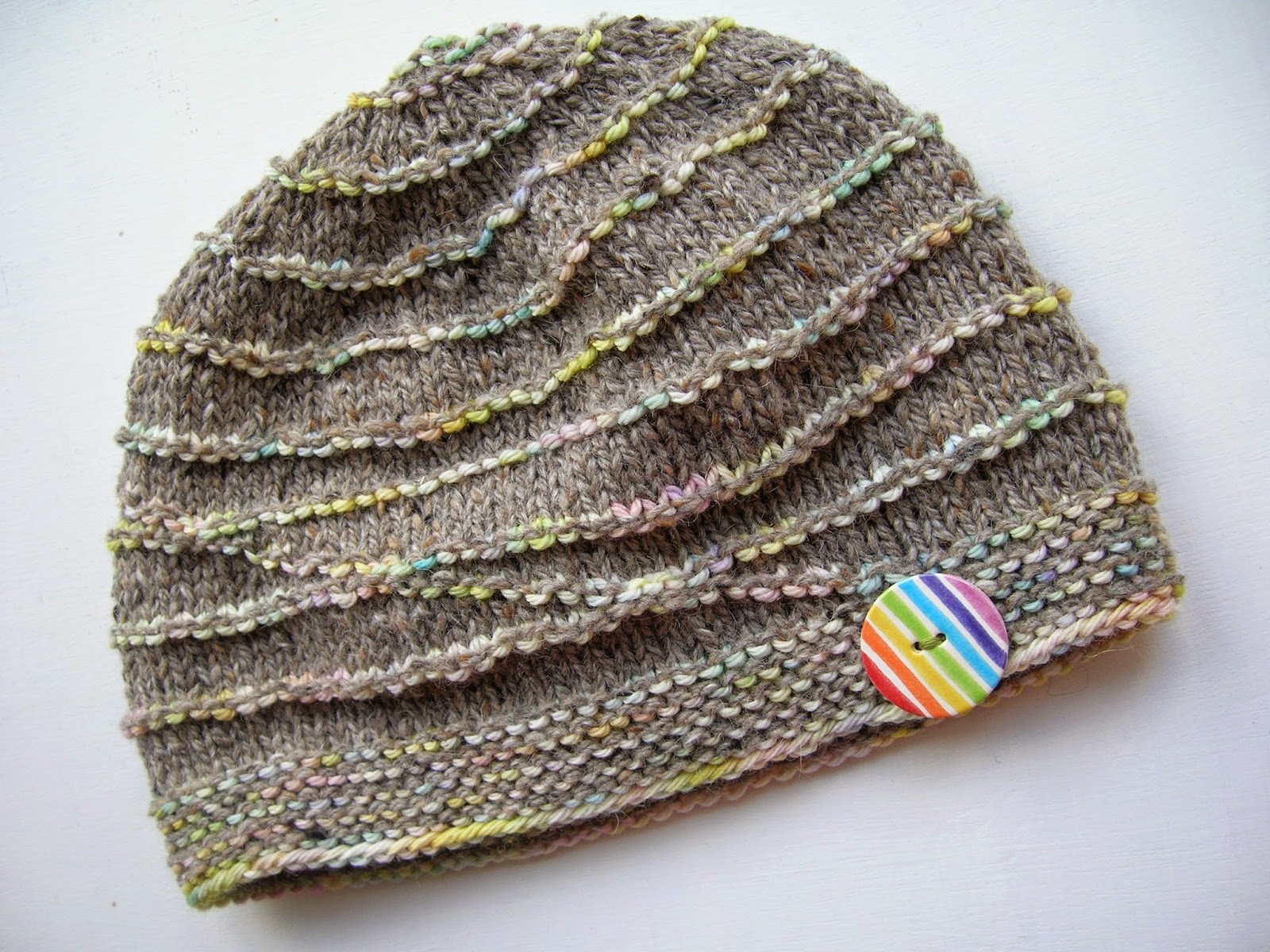 Stats:
Pattern:  Paros Hat by Robin Allen from Knitscene Winter 2014
Yarn:  50g of Berrocco Blackstone Tweed (65% wool, 25% superkid mohair, 10% angora) in colour 2602, with some Cyborg’s Craftroom Bested base worsted in the Sidewalk Chalk colourway, leftover from my Ertebolle Hat (not yet blocked or blogged).
Needles:  3.75mm and 4mm dpns
Button:  Ceramic rainbow, a gift from my friend Christine.  Thank you again! 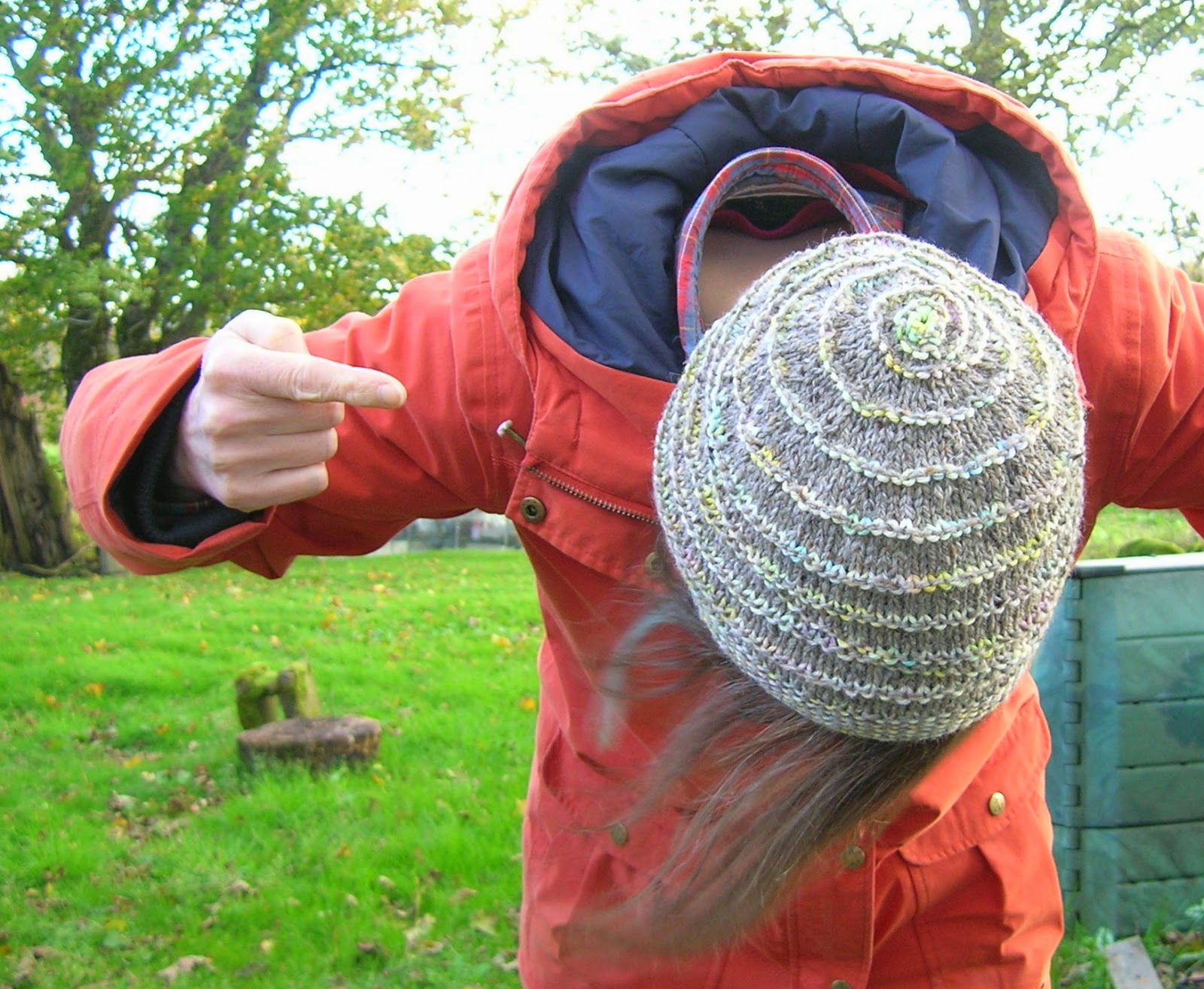 Have you seen my spiral?
There is no subtle way to photograph this! 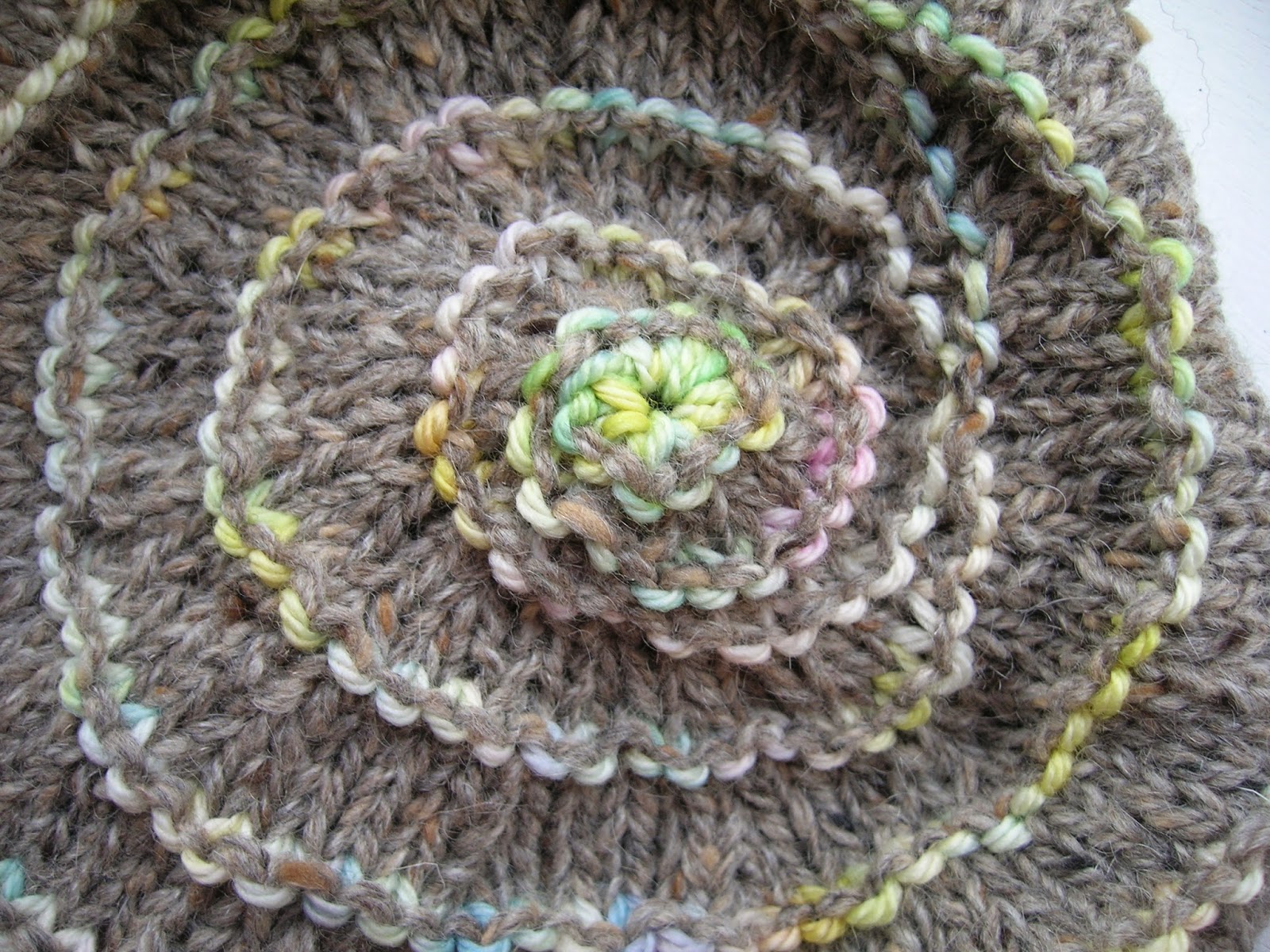 I cast on yesterday.
I was supposed to be looking out the Blackstone Tweed from the stash to make this same pattern with a stripe of my first-ever handspun.  But the handspun is still drying after its twist-setting bath, so when I came across the remains of this Sidewalk Chalk…. zoom zoom!
I really enjoyed knitting this:  quick, easy, satisfying.
The stripes propelled me onwards until there seemed no point in stopping.
My only mistake was at the beginning, when I tried to twist the main and contrast yarns together at the beginning / end of each row.
This looked quite unsightly on the right side… hence the rainbow button feature! 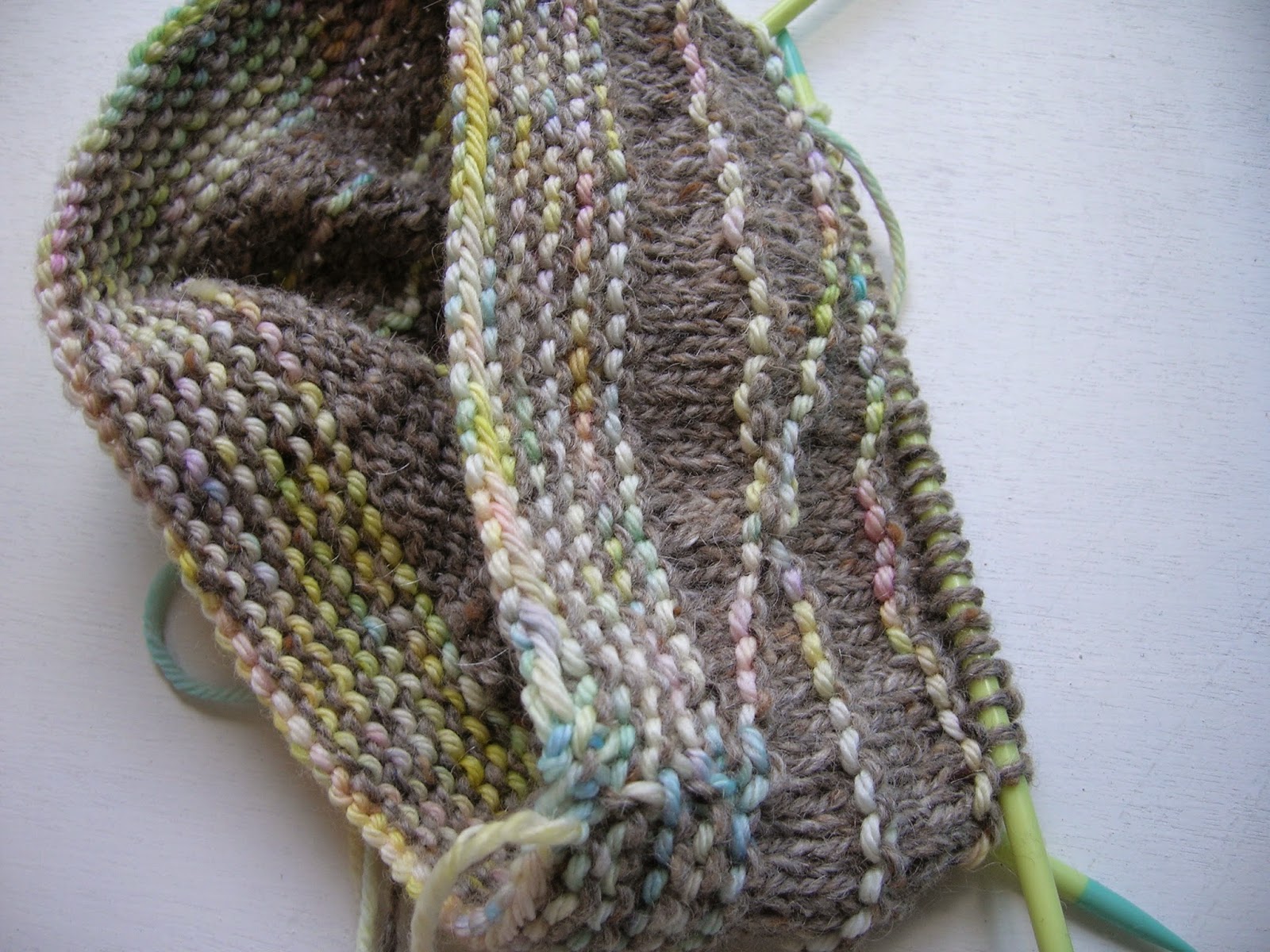 Crikey – it looks even worse than I remembered!
I must have had my eyes shut! 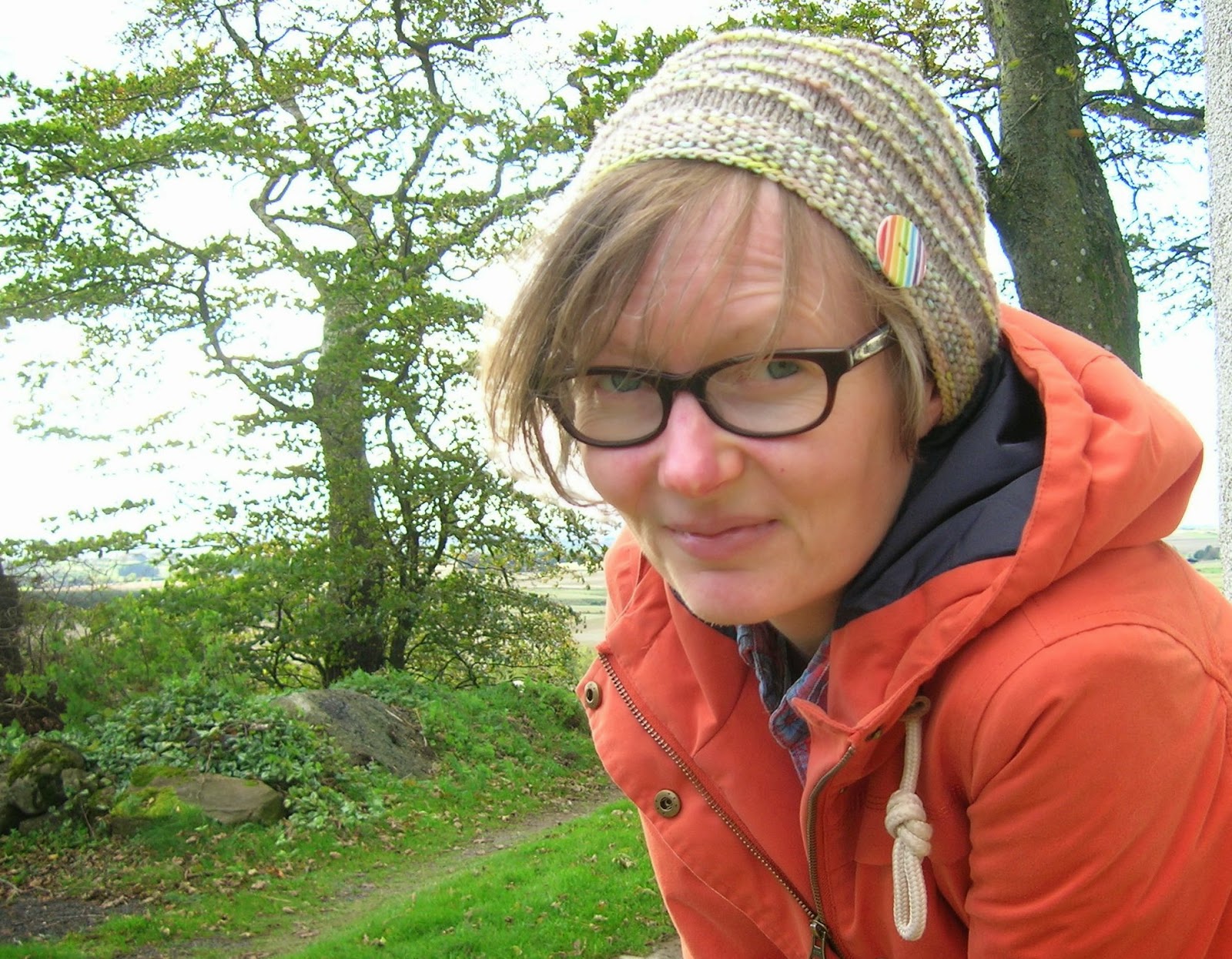 But I am really pleased with the finished hat:  stash-busting of the very best kind!