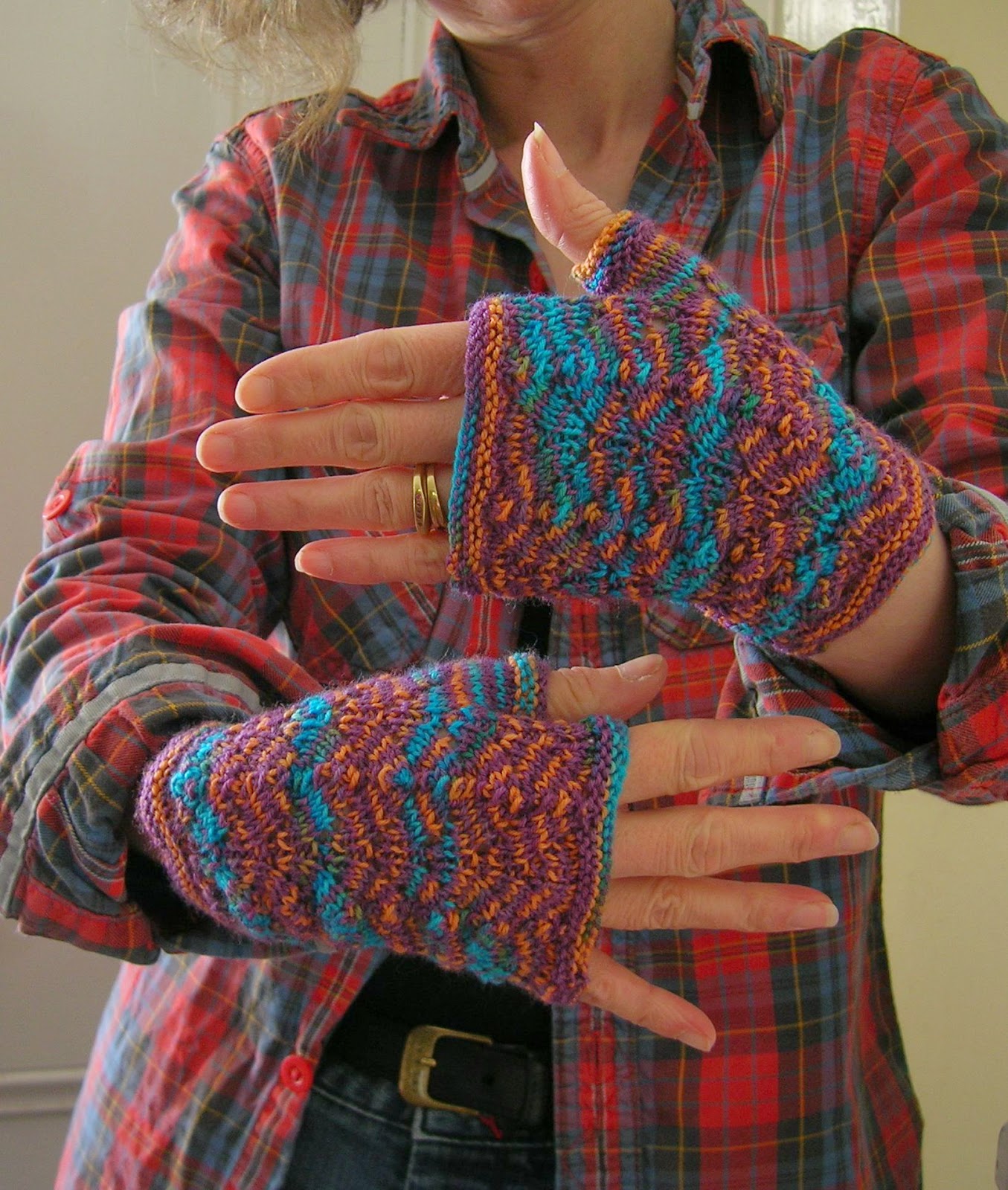 This is a story of my evolution as a knitter.
When the Cranford Mitts pattern first came out, I failed to knit them.
All my best knitting friends were churning them out, pair after pair, as gifts and for themselves in every colour you can imagine and then some.
Me?
I got stuck right at the beginning:  “Work 7 rows garter stitch commencing with a purl row”.
Eh?
Garter stitch?  But surely that means every row is “knit”?
I checked with my mother, and she agreed – yes, every row is a knit row in garter stitch.
So that was that. 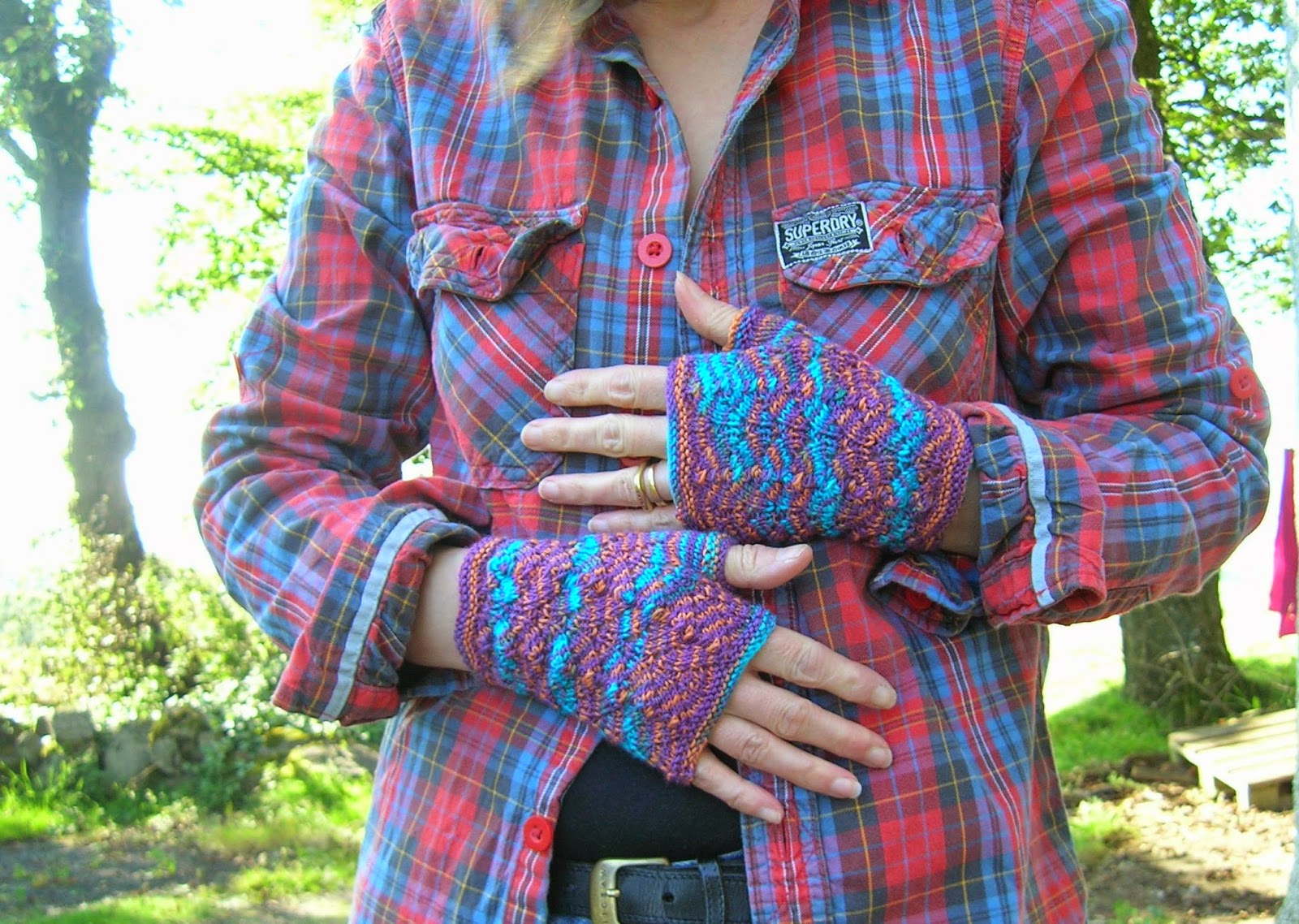 But several years later, with a drawer full of socks to show for all knitting that has passed through my hands since then, I now understand.
Garter stitch is only knit on every row if you are working backwards and forwards on a flat piece of fabric.
If you are going round and round on dpns, every second row is purl.
Well duh!
My mother would not have known this because she doesn’t knit in the round very often.
And I don’t know why it didn’t occur to me to ask anyone else… like one of those other knitters…?!

Stats:
Pattern:  Cranford Mitts by Jane Lithgow, a p-hop pattern.
Yarn:  Lorna’s Laces Shepherd Sock in the Hula Kolili colourway – much less than 50g, but I am too lazy to weigh them.
Verdict?  A quick and fun knit – I can see why all those other knitters have knit so many pairs!
These were rustled up in various waiting situations on holiday and back home.

Despite an alarming pain episode while we were on holiday, FL is doing OK.
We were back at the hospital yesterday and the doctor prescribed another month of Pomalidomide, but asked him to monitor his symptoms more closely.
She thought it could be a build-up of either the chemo or the steroids that is causing his pain on week 3 of each cycle.  (He gets a week off on week 4.)   If it persists, we need to weigh up the pros and cons of myeloma-zapping versus incapacitating pain.
Walking is becoming more difficult.
Driving is manageable only on familiar roads with minimal traffic.  But he desperately wants to retain the independence it gives him.  It’s hard.