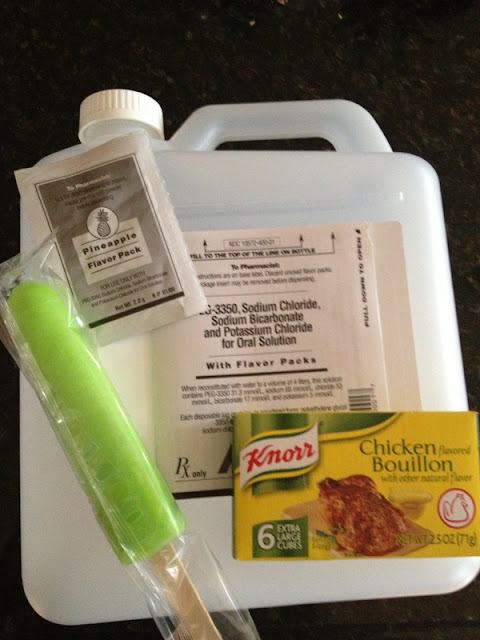 Warning…if you’re under 50, just skip this post! Yup, it was that time again…January meant time for EZ’s colonoscopy. His mother had a cancerous polyp requiring surgery to remove a portion of her colon, so he must now have the procedure every 5 years (due to family history). Drinking that prep solution is never fun, but as always he kept his sense of humor and carried on. Broth and popsicles became his best friends for about 19 hours. Round the clock narcotic pain medication definitely delayed the time it took for the prep solution to begin working, but once things got moving it was full steam ahead!
Due to the fact that EZ is on a daily chemo pill (Revlimid), his gastroenterologist wanted the procedure to be done in the hospital rather than in his outpatient office facility. He was treated royally and kept the nursing staff laughing. The gastro doc reported that everything looked fine, though things weren’t as clear as he would have liked. Apparently there is something he will give EZ at the beginning of the prep next time, to move things along a little more quickly. Repeat in three years, but good to go for now.  Whew, glad that’s over with! 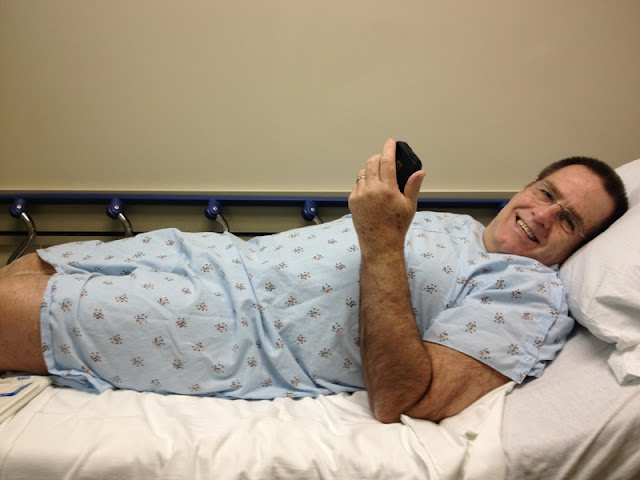