Mike: I’m going to feel like a fruit pastille later.
Lorna: How come?
Mike: Cos I’ll be in a tube.

Yes today is the day Mike gets a MRI of his spine. Rather him than me! Breathe Lorna, breathe.
——–
Does anyone else have those moments when they go to a cupboard, drawer, box, (insert own container at will) to get an item they KNOW they have got only to discover they must have dreamt it at some point? Well I had one of those moments yesterday. As I mentioned I was testing the recipe for some Christmas biscuits, which were supposed to look like this:

I was 100% sure I had a star shaped cutter. Definitely got one, well definitely not. I should point out now that even if I had found my star cutter, they would not have been iced quite so perfectly! In the end I just used a good old round one. 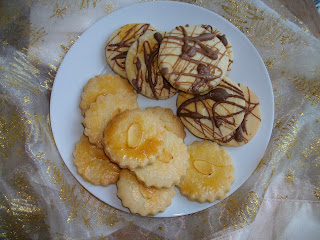 I’m glad I test drove the recipe as it called for the biscuits to be egg washed, which personally I think looks awful. Daughter number 3 and I tried drizzling chocolate over them in an attempt to make the plain ones more interesting, the taste is like a poor shortbread. I also adapted the last bit of dough by adding almond essence (you probably guessed that from the flaked almonds!) 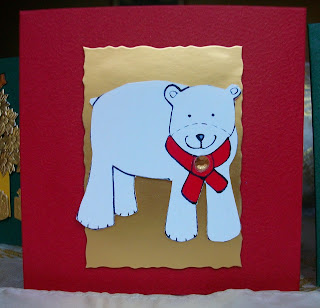