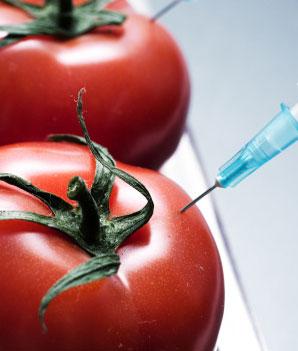 With the number of consumers worried about the health risks of GMO food, many were shocked that California voters didn’t pass Prop 37 in this year’s election. But John W. Roulac, founder and CEO of organic food company Nutiva, has a simple explanation: “Monsanto, Pepsi, General Mills, and their junk food allies want to hide what’s in their food.”
Nutiva is one of the steering committe members of a new campaign called “GMO Inside,” which aims to educate the public about genetically engineered foods.
“People are unaware that the majority of processed foods on the shelf now have genetically engineered ingredients in them,” says Todd Larsen, campaign director of GMO Inside and corporate responsibility director of Green America. “But there are non-GMO and organic alternatives to these foods.”
Although the agribusiness, food, and chemical giants may continue to fight GMO-labeling efforts (“millions of dollars [were] poured into anti-Prop 37 efforts by major corporations…to misinform and deceive the public about the cost of labeling,” according to a press release about GMO Inside’s founding), there are easy ways you can protect yourself from consuming modified foods.
1. Know that they’re everywhere. “The vast majority of soy, corn, canola, and sugar beet (i.e. sugar) crops in the U.S. are genetically modified,” Larsen says. Anything not label non-GMO or organic that contains any of the following ingredients most likely contains GMOs, he adds.
2. If you see “natural” or “100% natural” on a food package, be cautious. There is no legal definition for the word. Opt instead for labels like USDA Organic, which is has one of the most formal guidelines for use.
3. Become a fan of GMO Inside on Facebook, and follow them on twitter andPinterest. You can also pledge with the group to do a certain number of actions each month, as well as download campaign stickers and host GMO-Free Fridays. Or sign up for their newsletter in the loop.
As Roulac says, “We have a right to know what’s in our foods. No one deserves to be a lab rat for untested and unsafe GMO foods.”
LINK