It is the third week of the first cycle of my new battle plan to defeat the recurrence of multiple myeloma. The cycle calls for Velcade twice a week for two weeks with no treatment on the third week. I am not off to an auspicious start.

Week One:  I had Velcade on Tuesday and Friday. The treatment seemed to cause a low grade headache and I was pretty tired, but it was manageable.

Week Two:  On Tuesday I went in for treatment and my CBC showed that my platelets had dropped to 92 which required the nurse to get approval from the doctor to proceed with the Velcade injection which I had.  My next treatment was scheduled for Friday.  As I expected, my platelets had dropped again – to 68!  My WBC, RBC and Absolute Neutrophils (infection fighters) had dropped as well.  Much to my dismay, I was unable to have treatment that day. Managing chemo drugs and blood counts is like walking a tightrope, so I am thankful to have such a fine team of medical professionals taking care of me.

Week Three:  I am on vacation from treatment until May 14.  Vacation sounds like it should be a good thing, but I am feeling discouraged that I couldn’t get through the first cycle without my numbers dropping below the threshold for treatment.  Until I can be assured that my CBC numbers have rebounded a bit, I will be keeping a low profile.  In fact, I just sent Brent off to the grocery store to do some shopping!

On a much brighter note, we have been having lovely weather.  Yesterday, Seattle tied with Phoenix for the highest big city temperature in the country – 87 degrees!  This warmer than usual weather has made for a glorious display of wisteria on our porch. The wonder of nature and the rebirth each spring brings is a boost to the most flagging of spirits. 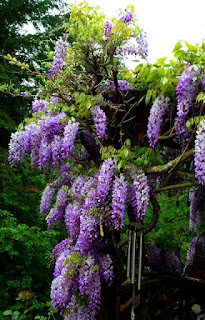 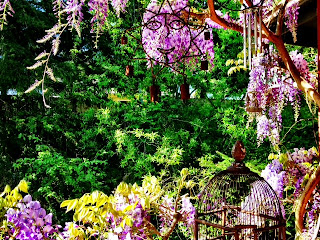