Skip to content
There’s no relief. I’m wide awake in my kitchen. It’s black and I’m lonely. Oh, if I could only get some sleep. Creeky noises make my skin creep. I need to get some sleep. I can’t get no sleep
Insomnia – Faithless *
… KFLC = 466 (18th April) … Hb = 10.2 … Neutros = 1.7 …
<short>
I was finally able to restart treatment last week. The doctor reduced my dose of dexamethasone, as it increases one’s risk of infections, and I really could do without any more of those. The first couple of days on treatment were a bit of a jolt. In particular I’m getting some significant neuropathy in my arms, which is unpleasant. I’m also continuing to suffer fatigue if I do too much, and problems with posture to do with alignment in my back, and whatever damage has been done to my ribs.
But these are minor issues, in the broader scheme of things. I am half way through cycle 3, and it’s OK. If it continues like this, I believe I will make it to the end of the chemo. I can see the distant light in the tunnel; a tunnel which only a couple of weeks ago seemed entirely dark.
The sun is shining. The world, for all its faults, is a wonderful place.
</short>
<long>
In February, I wrote a little about two of the drugs in my protocol – ixazomib and thalidomide. Treatment for myeloma usually follows a rule of three. There are exceptions. Sometimes less (mono-therapies and two-drug regimes, especially when used as ongoing “maintenance” treatment). And sometimes more (multi-drug regimes such as DT-PACE or ESHAP, typically when other treatments have failed). But, in general, three. One of which is normally a steroid: either dexamethasone or prednisone. I’m on dexamethasone. The dreaded DEX.
DEX is used for all sorts of things, other than myeloma. What differs is the dose. DEX comes in 2mg pills. I’ve heard people being treated for other diseases who are taking maybe 4mg of DEX. Whereas my protocol requires me to take 40mg, once a week. It was worse last time. My treatment in 2012 involved taking 40mg DEX on four consecutive days each week. The reason to take DEX is twofold. Firstly, it enhances the effect of other treatments: it gets more impact for the Ixa and Thal than if they were taken on their own. And secondly, it has a (limited) anti-myeloma effect on its own. Just taking DEX, on its own, would be better than doing nothing. So, DEX is a standard component of most myeloma treatment plans. And since one can take a lot of it without any life-or-death risk to one’s health, so the protocols tend to go pretty heavy on it. We are asked to take a very large quantity of the stuff. 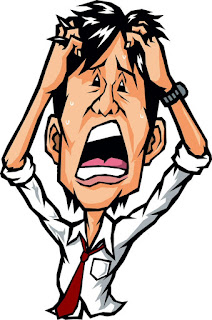 What this doesn’t take in to account is how unpleasant it is. DEX acts as a physical stimulant. Many people report problems sleeping, though that aspect doesn’t really affect me (I can sleep through anything). But I can’t avoid the hyper-verbal, somewhat manic, aggressive, impatient, impact on my personality. Being on DEX is not a sober experience. If I take my pills on a Wednesday morning, then Wednesday and Thursday will be lived under the influence of DEXamania. And, since what goes up must come down, Friday and Saturday will be the corresponding low. It’s not nice. I am told that some people take DEX recreationally. But, if one wanted the buzz of being up all night… there are alternatives available that make you happy, rather than angry. Take them, if you want to. Don’t take DEX unless you have to. Would be my advice.

The doctor has reduced my dose of DEX to 20mg. I’m delighted, because I hope it will mean that the highs and lows are a little less pronounced.
I try to keep dialm on topic. Under normal circumstances I would certainly not be telling you about the content of my dreams. But this one, from a few weeks ago, the night after taking my DEX, might give you an idea of what DEXamania is like:

The dream begins with a UK government cabinet meeting, only all the ministers are being played by minor celebs. The person playing the role of Foreign Secretary has ginger hair and a beard. The others are calling him “Bedingfield” and I had to look him up the next day to confirm that this was David Bedingfield in character as Boris Johnson. I was a little surprised because my conscious brain didn’t know who Bedingfield was. But my unconscious brain clearly keeps better tabs on celeb-dom. (Sadly, I’m all to aware of who Johnson is). Anyway, the 20-odd random celebs (no, I can’t remember who the others were, now, though I think my brain had furnished them all with identities at the time), are busy acting their political roles, but in the form of having become the ministers. It is all decidedly real. Eventually the cabinet meeting breaks up in acrimony with everyone, including me, chasing Bedingfield as though to lynch him for the mess that brexit has become.

Before we catch up with him, I need some money and put my hands in my pockets only to find they are full of the most ludicrous quantity of stuff: plaster cast model palaces, large decorative gold coins, small icon mirrors, plastic superhero models, and so on. Once I have emptied my pockets, I have great piles of these items. My next task is to explain their origins to another friend who has appeared next to me. Given that this is a dream, I assume that, at this point, my brain is desperately trying to back-fill explanations for each thing; all these random details, now requiring an explanation.

So… I swiftly remember an encounter with the small child of friends who gifted me the suoerheroes.

And then… my brain works its way back to recall a visit to a rural French chateau with narrow stairs where some crazy old relatives of a friend had an entire model of 17th century Paris laid out on the floor in an unused upstairs room. They had announced they were getting rid of the model, and so giving away the pieces, and I had picked up and pocketed a selection of interesting model buildings from their display. So: that’s the plaster cast palaces explained. Phew!

My mind is just turning itself to dredging up “memories” of the origin of the coins and mirrors, when I am rescued by the alarm clock I had set to wake up one of the boys for an early start for school. Thank heavens for small mercies.

That’s a bit what DEX is like: far too much going on in one’s brain – every detail both interesting and in need of further clarification. Marisa asks me sometimes, when I’m on DEX and going on and on, whether I am aware that I can’t stop talking. And I sort of am aware, but I can’t do anything about it because things just seem to need explaining.

(Oh, and if you’re in the car in front of me, on a DEX day, slowing my progress: GET OUT OF THE WAY YOU MORON. Though I try to avoid driving on DEX days; it’s far too stressful.)

* In case you were wondering why I hadn’t used a lyric by Dexy’s Midnight Runners… Yes, their name is a drugs reference, but their dex is dextroamphetamine, so it would have been inaccurate, as well as naff, to use a lyric from them “Poor old Johnny Ray…” Faithless, on the other hand, know a thing or two about staying up all night. And they are – like so many great bands – from Brixton, which is always a good thing as far as I’m concerned.