Skip to content
Couldn’t sleep at all in the motel overnight because of the Dex 20 mg. Finally, at 2 AM just turned on the lights and worked on my computer until morning. Almost forgot to put my EMLA Cream on my Bard Power Port…I am such a weanie – I think I’m the only patient they have that uses EMLA.
Checked out of the motel and went to Walmart to buy bottled water – Nestle PureLife, which according to Consumer’s Reports is one of the few bottled waters that is actually purified using reverse osmosis or distillation and not “just water in a bottle”. Because of my non-existent immunoglobulins after  2 failed autologous stem cell transplants and abnormally low ANC (absolute neutrophil count), I am careful to drink only Nestle’s PureLife water. 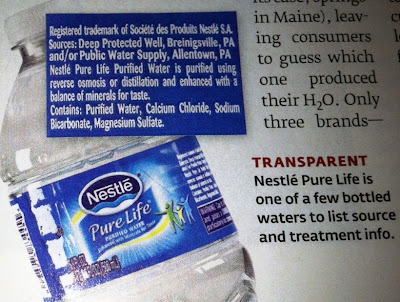 Arrived for my Infusion appointment right on time at 8 AM. Took the nurses some chocolate candy for Valentine’s Day.

RN Brittany was able to access my Bard Power Port and hurried my carfilzomib preparation from pharmacy. I took 4 mg of Dex orally. Was in and out in just over an hour.
On the road back to Mackay from Twin Falls. Lots of traffic in the opposite direction with 10 hay hauling trucks and a steady stream of cars from Custer (Challis and Mackay) and Butte (Arco) Counties heading to Boise for the High School Girl’s Basketball State Tournament today through Saturday. All three high schools qualified for the tournament. Challis and Butte County are in a Bracket ahead of Mackay. The games will be shown FREE on the internet and I plan to watch!
The injured elk was gone and in her place were BIG, temporary signs with orange flags warning of Wild Life Crossing on Highway 93 South and North.
Stopped to visit my father and then went to pick up Kemmer. 35 degrees and clear blue skies – WELCOME HOME. Snow is melting. 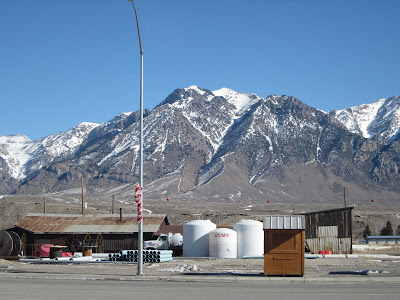 Home and one-with-the-sofa for a nice nadir.
I email Clay Smith, MD (University of Colorado Hospital) and Raphael Fonseca, MD (Mayo-Scottsdale Arizona) each week with a summary of my lab values, chemotherapy received, and basically how I feel. They have been wonderful in responding back to me with their suggestions for my continued care directed by Phatama Padavanija, MD (St. Luke’s Hospital, Twin Falls, Idaho). Dr. Smith thinks I definitely need to a MRI of my left hip and pelvis to look for a fracture and/or tumor since it hurts to lay on my left side…wants me to take less Tylenol and start on narcotic in low doses since my liver enzyme is high. He also thinks I should see a gastrointestinal doctor and perhaps have an upper endoscopy to look for an ulcer or other problem in my GI tract since I’ve had prolonged gastritis. I’ll work on getting these scheduled through Dr. Padavanija, however, she is on vacation through 26 Feb 2013. I’m so lucky to have such a good team, especially since I live so remotely in Idaho!
Will start back on Cytoxan at a lesser dosage (300 mg vs 500 mg) for Cycle 5 beginning 27 Feb 2013….my poor hair will never grow. Stick with Revlimid 10 mg for Cycle 5. I’m not excited to take Cytoxan again it really lowered my counts and I was SOOOO TIRED while on it.
Of course, this might change depending on my next bone marrow biopsy results being done next week under conscious sedation on 20 Feb 2013. My last percentage of plasma cells in my bone marrow biopsy done 20 Dec 2012 was 40%, so, I’m hoping for less than that  this go around. Should have partial results of the bone marrow biopsy by 27 Feb 2013 and the cytogenetics will probably take a bit longer. However, I don’t expect any change in the cytogenetics 4:14 and 1q changes since they have been PERSISTENT through the last 9 bone marrow biopsies.
Bone Marrow Biopsy History: