Raining in Twin Falls and 45 degrees, so no ice to scrape off Bart’s windshield. Was a little early for my 8 AM appointment at the St. Luke’s Hospital MSTI Infusion Center. I told RN Ann that I wanted to try and make it back to Mackay for Marge Fulton’s funeral at 1 PM and she hurried the chemo order with the pharmacist.

Had to start a new IV (2 pokes) – my veins are becoming toast and I really need that intravenous chest port that will be placed 20 Dec 2012.

Was back in Mackay by 11 AM. Checked on my father and picked Kemmer up. Had time to eat lunch and rest before I went to the Mackay Community Church for Marge Fulton’s funeral. The church was almost full and I wore my N-95 mask. The service was short, but captured Marge perfectly. 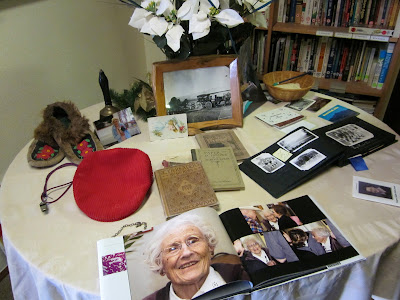 Marge came to Mackay in 1940 with her husband, David, and they lived in the old Chilly Stage Station at Dickey some 20 miles north of Mackay. She began teaching at the Mackay High School in 1942 and often stayed with my Gram, Hazel Lundberg, here in town rather than travel back and forth to Chilly. She was 94 years and had taught English to 5 generations of Mackay High School students – beloved by all. Back in the summer of 1969, I drove her around Germany for the vacation of a lifetime. Everyone is better for having known her! 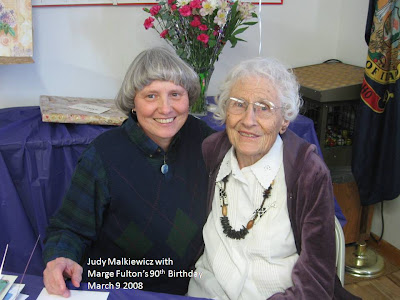 Note, I used to have hair – maybe someday, again, in the future….