Skip to content
I guess there is no one to blame. We’re leaving ground. Will things ever be the same again?
The Final Countdown – Europe *
T minus 10, 9, 8,  7, ignition system started …
I’ve had a fair torrent of messages, recently, which has been lovely. Tough too, sometimes, because talking about it makes it real. But lovely, mostly, because I know so many wonderful people. Thank you all, for all your kind words and thoughts. Of course it is real every day, mostly in my ribs, but it is real in a more profound way when I realise how many other people are affected by my lil’ ol’ ‘eloma an’ me.

I don’t want to overload you with updates every time anyone sticks a needle in me. But right now, if I leave it long, things get out of hand. Questions get asked. So, here it is. I’ll keep this reasonably brief.

The BoMB is done. Yes it hurt. Yes, I feel the need to gross you out with a couple of photos. Most importantly, it is done, and I don’t have to face that experience again until somewhere much later in the year.

Also done, this Monday, is an echo-cardiogram. That’s the one that is disturbingly like having a pregnancy ultrasound scan. (I’ve had all these tests before. I’m a seasoned pro NHS consumer. Might as well get your money’s worth.) I didn’t see whether my ‘eloma is a boy or a girl. I could call it crude (genital) names of either gender, so maybe it doesn’t matter.

And yesterday, a PET/CT scan. Down in the basement. They stick something radioactive in. Then I lie in a darkened room for an hour while it spreads round my veins. I try to alleviate the boredom by reading, but apparently that would cause all the radioactive stuff to congregate in the eye muscles. Presumably it would lead to cool-looking-but-useless images on the scanner. I am admonished by a nurse, and so I have to shut my eyes instead. (Lie back and think of Europe.) Then, before the scan, I am required to pee. I guess this avoids a great big glowing bladder image ruining everything. There’s a special designated radioactive toilet. Have you ever peed in a room with a radioactivity symbol on the door? I’m padding this anecdote out with the amusing details because the scan itself is dull.

Finally, today a lung function test. Puffing in a tube. Not much to report. Lung medicine is one of the many disciplines in which King’s is world class. But the waiting room in the chest unit is forlorn. A smell of stale smoky breath. Lung disease is treated by society as a consequence of behaviour: a punishment. Blood cancer, by contrast, is romanticised: clean, innocent. **

“What can you say about a twenty-five-year-old girl who died? That she was beautiful. And Brilliant. That she loved Mozart and Bach. And the Beatles. And me.”
Love Story – Erich Segal

There’s not much fair about that distinction. It’s all disease. And we’re none of us blameless. Still, the chest unit always makes me grateful that I am not required to shoulder the burden of responsibility for my predicament. It’s bad enough living with the disease, without the guilt.

“Cycle 1 Day 1” is set for next Wednesday. Then the real pill popping begins. Those who see me out and about should anticipate that I might not be at my best on Thursdays, for the foreseeable future. 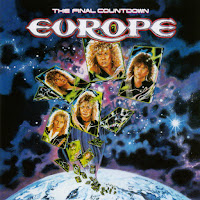 * This song fails many of the normal criteria for inclusion in Radio M. It’s frankly crass. It qualifies on nostalgia grounds alone, reminding me vividly of the train trip to Paris, when I was 13, on a school exchange. Bad Swedish pop/rock is a dirty secret of mine. One of these days, I’ll find a space here for Ace of Base. Maybe Roxette. Probably not Abba.

** For more on the culture surrounding disease, read ‘Illness as Metaphor’, by Susan Sontag. She observes leukaemia’s role as the ultimately blameless disease (a position previously held by tuberculosis, until tb was re-evaluated once it had been discovered to be infectious). All disease is tainted by some assumption that disease, behaviour and character are intertwined. It’s easier to perceive illness as consequent on behaviour – risk taking, lifestyle, choices. And implicitly it enables us to take credit for wellness, to distance ourselves by something more than chance. Victim blaming is very persuasive. Sontag also coined the term “Kingdom of the Sick”: an expression beloved by me, and also by my friend Wendy, who died last year, and whom I miss sorely.