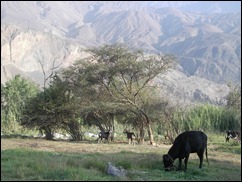 phone call on Monday letting me know about the anomaly with my CMV showing positive, even though both myself and Nigel are negative.

I didn’t get the phone call so I was to assume that there was nothing to worry about. The Doctor told me that if he didn’t call then to go to Chester as normal on Thursday for my blood test.

So I was a bit surprised when I got the phone call yesterday evening from the Doctor. It wasn’t what I thought though! He told me that they hadn’t got the results from the CMV test as they didn’t take one on Friday … it takes a few days for the results to come back an he was checking the computer. The only time that I have had an issue with the CMV and it’s the only time they didn’t do a CMV test.

He said he wasn’t worried about it and to just ask them to do a CMV test the next time in Liverpool in a fortnights times. I’m not going to worry about the results at the moment as the Dr didn’t seem that bothered about it at the moment, I think it’s just something they want to keep an eye on. I will find out more about it the next time I’m there.

I took a chance at going to Starbucks again today, the last time I went I was sick, but I think that was just a coincidence.

I’m feeling a bit better day by day at the moment. I haven’t felt right, apart from the cancer, since I had the flu, it really took it out of me and I’m just getting back into blogging and catching up on emails and paperwork.

Hopefully I will feel a bit better day by day and get some kind of normality back before it gets worse again, which I know it eventually will. I must say though at the moment the Lenalidomide regime seems to be working really well for me …. maybe I shouldn’t have said that!