WCK turns eight tomorrow. Every year on her birthday, she asks me to go to the closet and get out the board games that she is old enough to now play “legally.” This year is a big year, because both Monopoly and Clue are for ages eight and up. (Don’t tell anyone, but I already taught her how to play Monopoly earlier this year, even though she was underage. She totally kicked my butt.)

Last year, however, WCK was a little bit horrified when I could only find one game in the closet for ages seven and up: 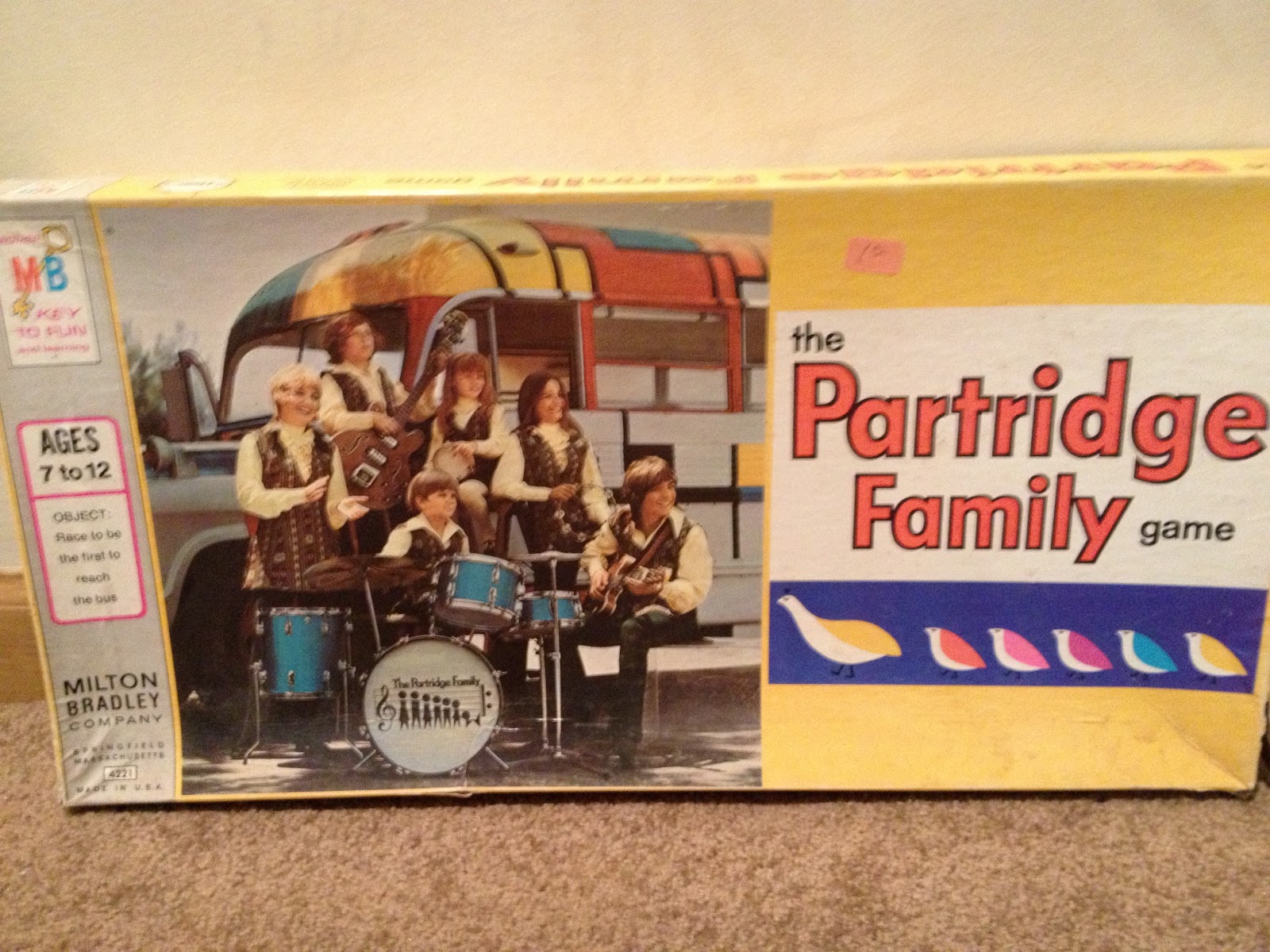 This game is actually in our house! Why do I own this game? Why? Why?

I have a vague memory of finding this game at a thrift store in high school or maybe college and thinking it was pretty hilarious. I suppose that is understandable. What I don’t really understand is why, after 20 years, a marriage, a child, and at least half a dozen moves, it is still with me. Why did I never get rid of it?

Needless to say, WCK refused to play this. Today when I was in the closet looking at the eight-and-up board games, I decided to pull out the Partridge Family Game and have a look.

Whoever wrote the instructions either a) had just recently learned to speak English or b) was on drugs.  According to the copyright, the game was made in 1971, which is that vague era between Mad Men and when I was born, so I have absolutely no idea what was going on. Maybe it was a popular pastime to do drugs and then write board game instructions back in 1971. Here is a direct quote from the inside of the box:

As on TV, many happenings occur to the Partridge Family, this game describes one of them. They have finished playing at a local arena and must hurry from there to their BUS to get traveling again. On the way they may have some delays. THE OBJECT OF THE GAME is to be the first member of the Family to reach the Bus.

You roll the dice, and if you land on a “Partridge space”, you draw a “Partridge card” and do what it says. For example: 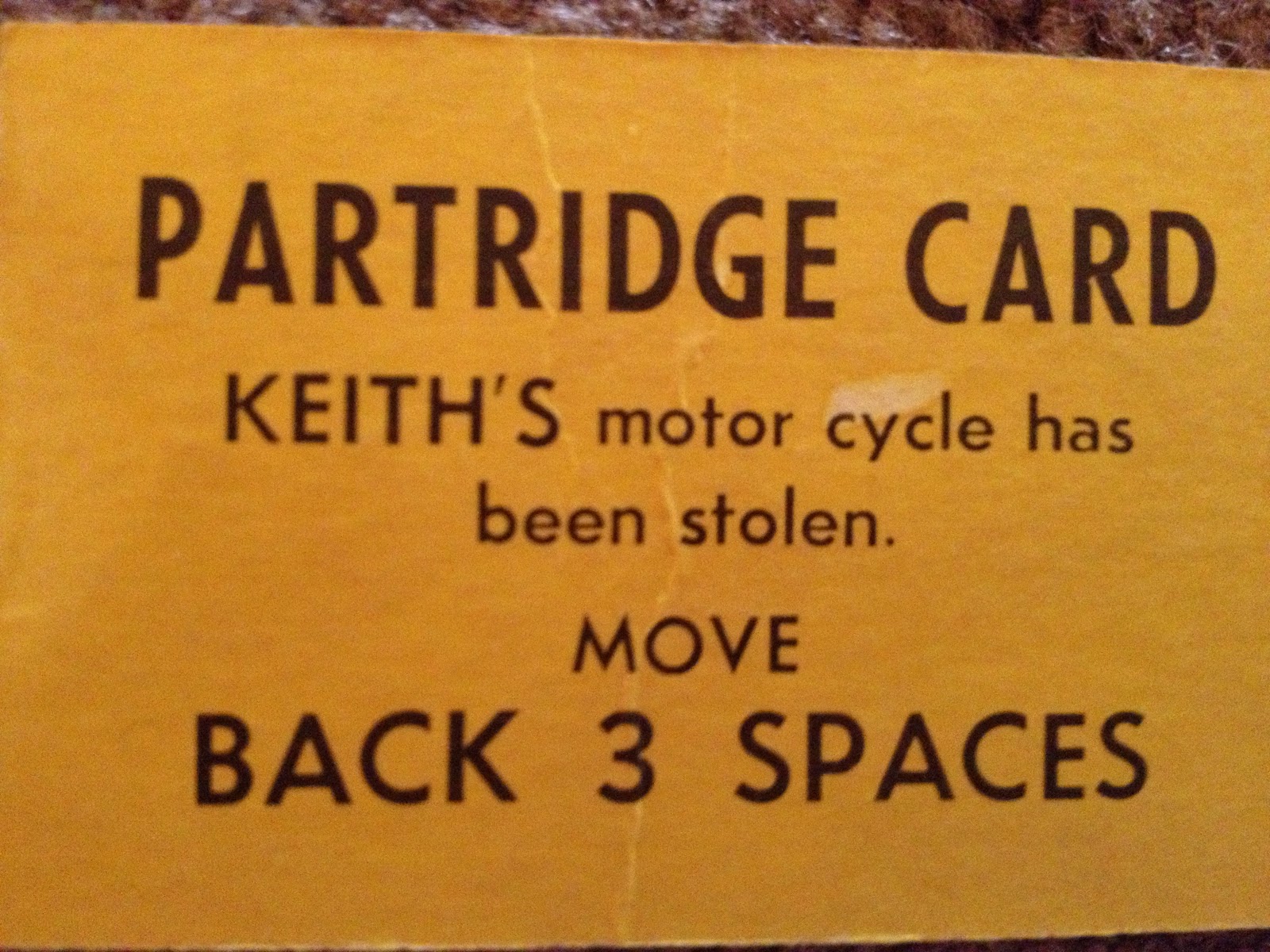 As I looked through the cards, I realized they were, well, extremely sexist. For example, Danny is rewarded for doing all kinds of crazy things: 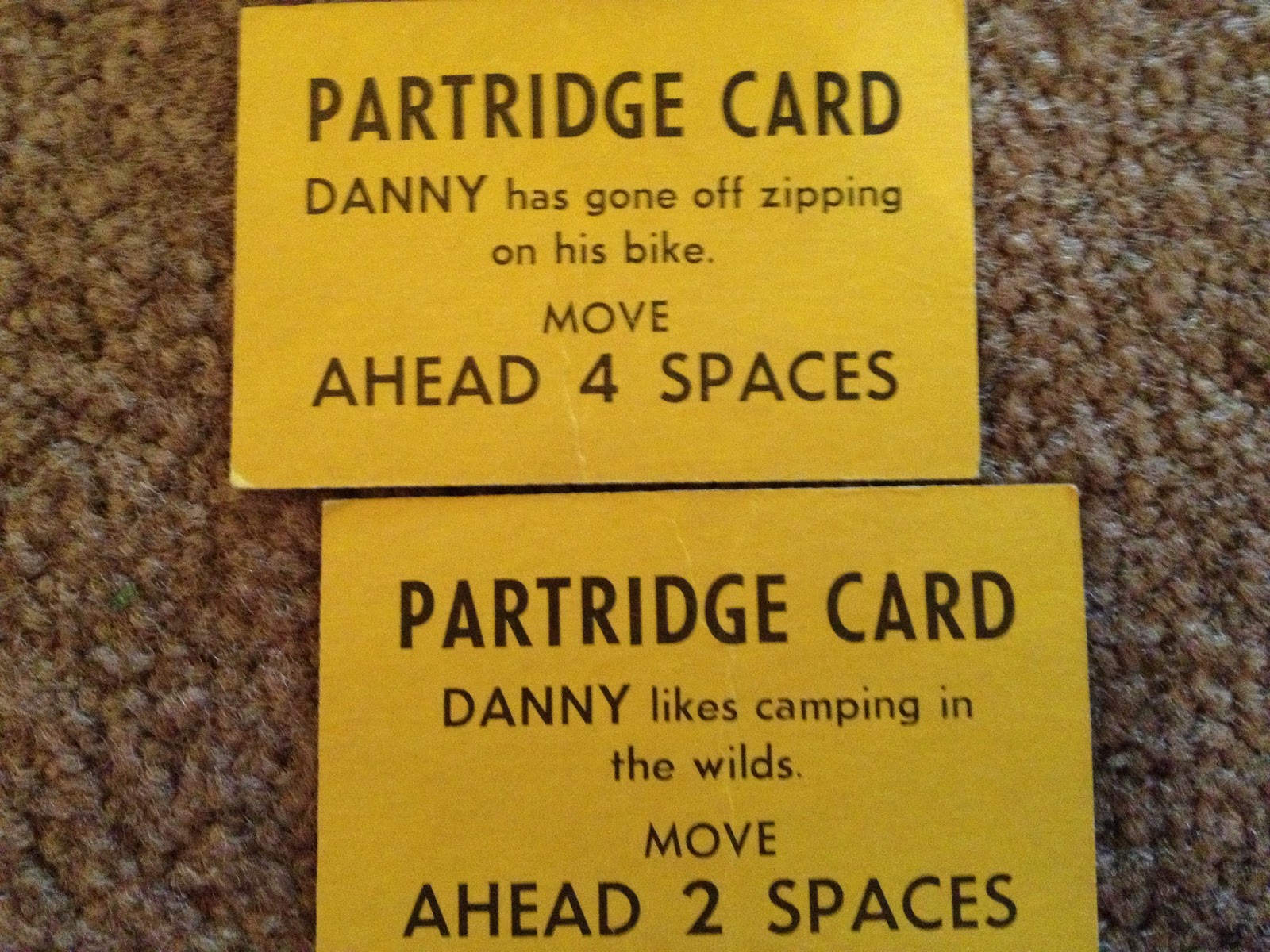 But don’t you hate it when a female tries to use her brain? Move back two spaces, Laurie! In fact, you’re out of the band! 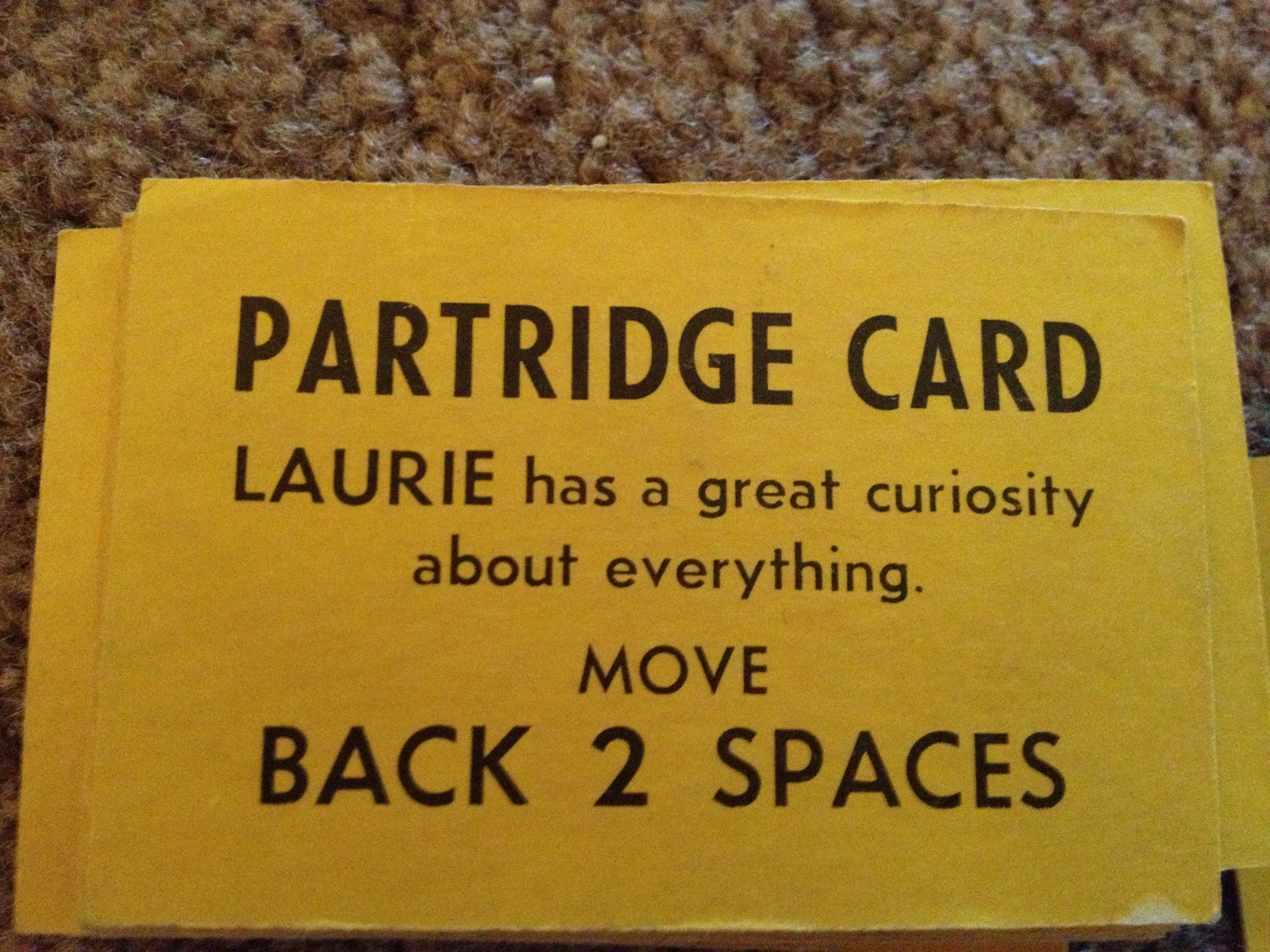 Meanwhile, Chris gets rewarded for his big appetite. Eat those pancakes and move forward, Chris! 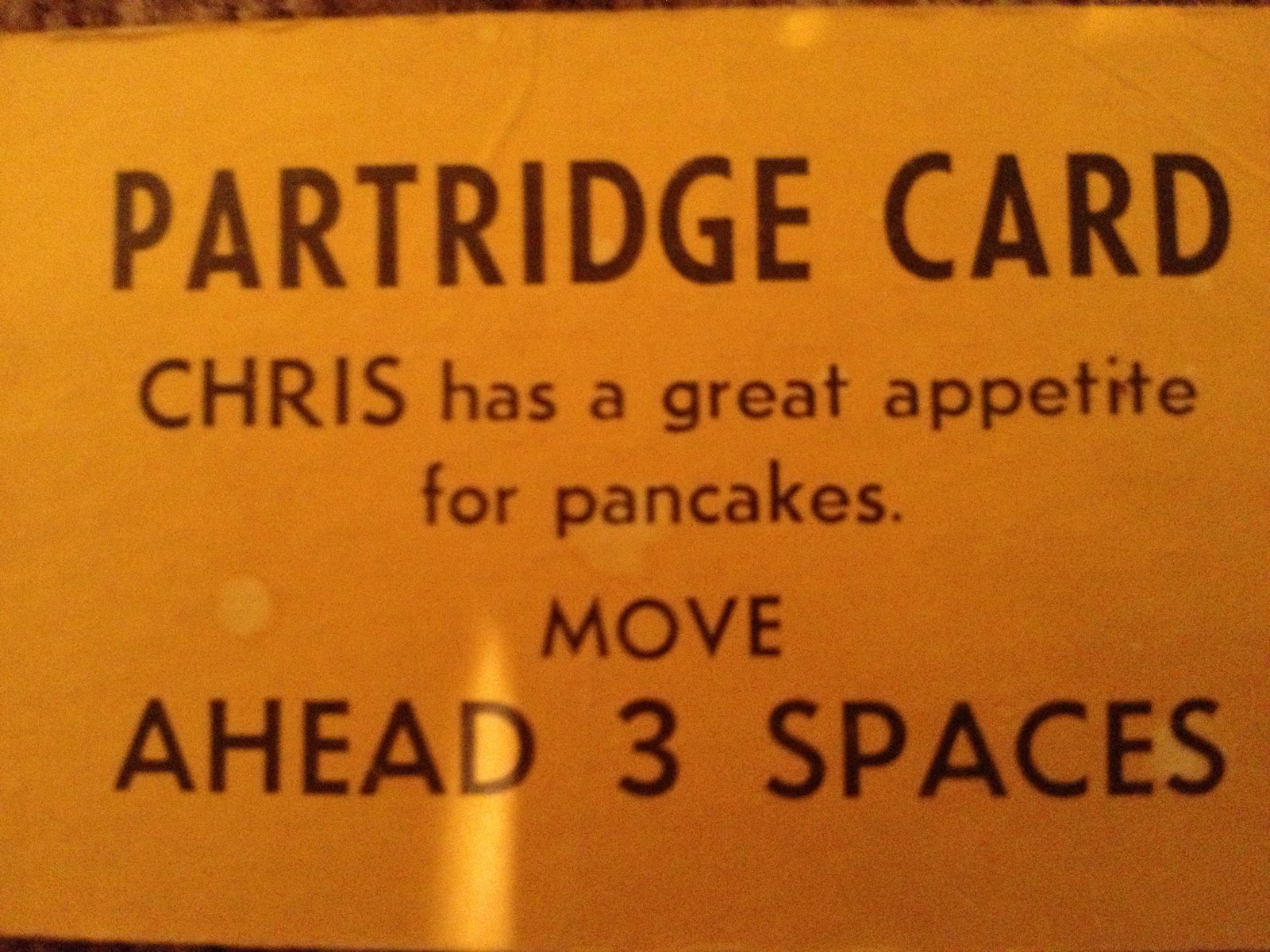 But Tracy apparently doesn’t care that pink lemonade will go straight to her hips! 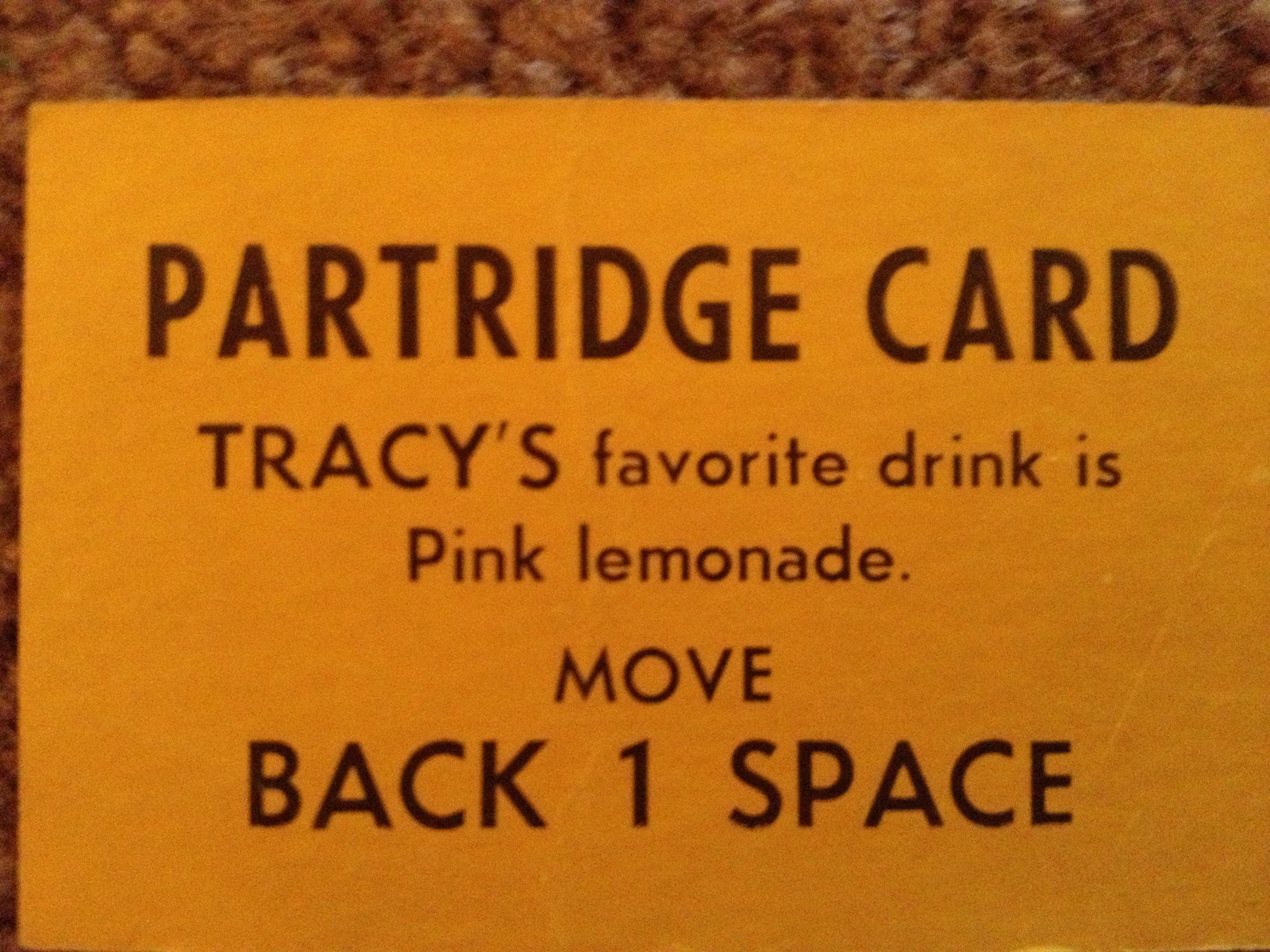 You’re out of the band, too! And you should have seen this coming, since there isn’t even a little game marker with your head on it! True, Chris doesn’t have one, either, but he’s busy eating his pancakes!
And how does this one even make sense? How can Keith move six spaces closer to the bus if he’s in the Grand Canyon? It just goes to show that if you’re Keith Partridge, you can do whatever you want: 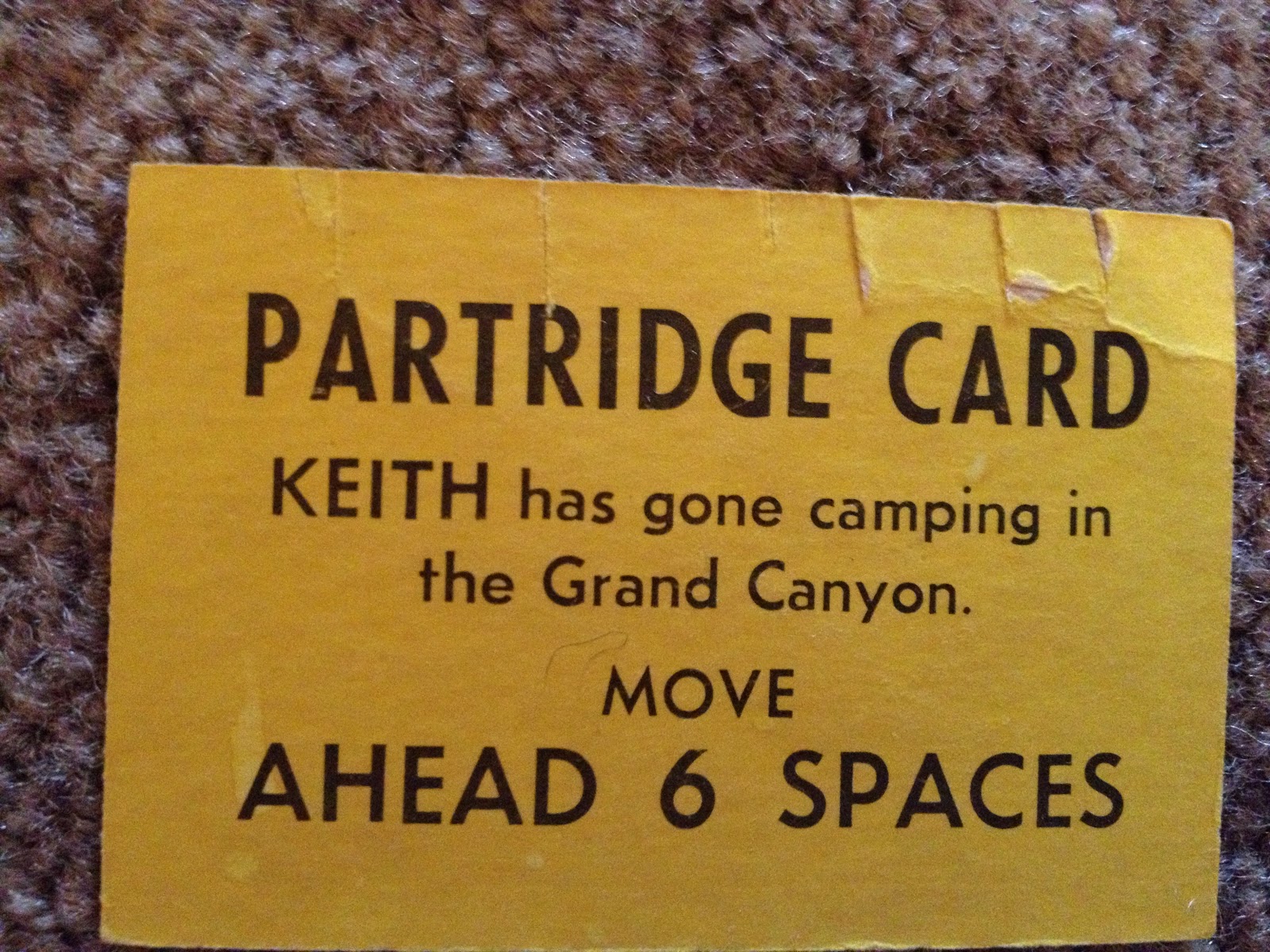 So why is this game still in my closet after all these years? I have no idea. I’m wondering if it has magical powers. I’m a little scared to get rid of it now. Now I kind of want to see how long it is going to stick around. I’d express more curiosity, but I don’t want to have to move back two spaces.