Thirty-five years after the fact, Frank B. Brochowicz received a nasty reminder of his service in the Vietnam War. In late 2006, he lost 25 pounds and attributed it to a lack of appetite after a beloved family member had died.But when the pounds kept falling off, he went to a doctor who directed him to a cancer specialist.“The oncologist said my hemoglobin count was very low. It wasn’t transferring oxygen into my blood. I was told I’d been working on a half a tank of gas,” Brochowicz said.Further testing determined he had multiple myeloma attributable to his exposure to Agent Orange, the carcinogenic defoliant used to clear dense jungle vegetation in Vietnam.Jump to Story Here 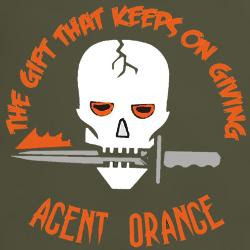