Caterpillars-  YUCK!  I hate them almost as much as centipedes and spiders!  (I’d rather come nose-to-nose with a snake than either of these!)

So, I was on the riding lawn mower on Friday, tearing things up.  Thankfully, Dom flagged me down and told me to stay away from an Azalea bush.  It was loaded with Caterpillars.  They make me cringe! 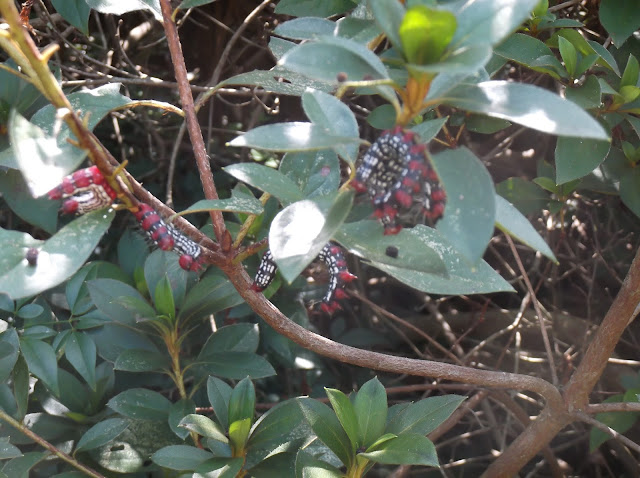 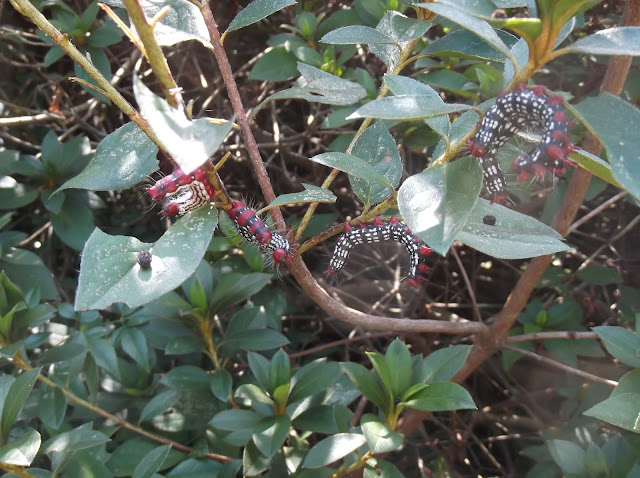 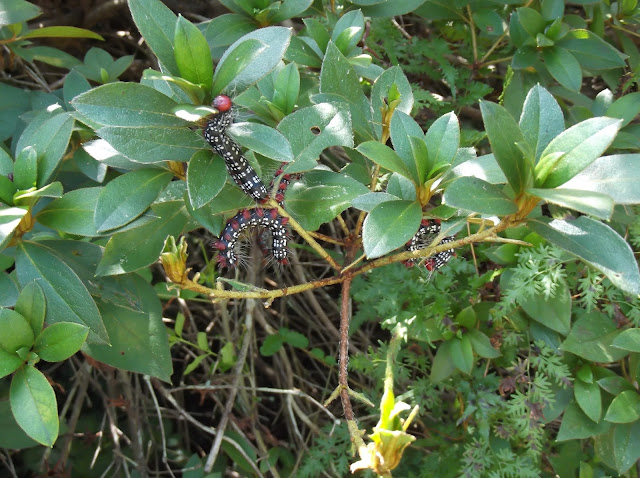 Years ago, while cutting, I brushed up against one of my blueberry bushes, causing an entire nest of them to drop on my head and shoulders.  I literally cried. I’m embarrassed to say that I grabbed some “industrial strength” insect killer and wiped out those remaining, as well as killed my blueberry bush! 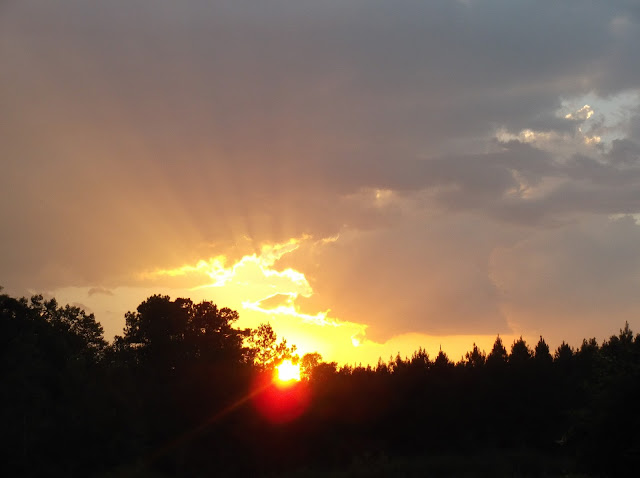