Skip to content
[Instrumental] *
Breathe this air – Jon Hopkins
Some scores (not all in the same day, fwiw) … KFLC = 456 … Hb = 7.4 … Neutros = 0.75 …
A lot went down, these last few weeks. My light chains went down, fairly dramatically, as a consequence of the chemo. This is good news (and somewhat offsets everything else). But, at the same time…

As anticipated, my red blood went down too – I’ve needed EPO injections and in the end a blood transfusion. Both of which can make an improvement in the short term, but it will take a while for my bone marrow to recover and start doing its job – and we won’t wait that long before I start taking the chemo again, which is in part the cause of the problem. I assume I will totter on with nearly-dangerous anaemia, for a good while yet.

And my immune system went down too. There’s not much that can be done about this. I had some G-CSF to stimulate neutrophils. But it is the adaptive/ acquired immune system that I am really lacking, and all I can do about that is to wait for better days and to try to avoid infection. Myeloma suppresses my immunity, and so do anti-myeloma drugs. After all, myeloma cells are malignant immune system cells. It is going to be an ongoing problem while I’m in treatment.

To top it all, I caught flu, which progressed to bacterial pneumonia, and I lost a significant chunk of my lung function. I was admitted to hospital last week where my blood “oxygen saturation” – which should be 98% – dipped as low as 74%. No wonder I was feeling so shit, the last few weeks. Insufficient oxygen in my too-thin blood, plus an excess of infections overwhelming my impoverished immune system. It has been a miserable experience. Frightening too: this is one of the more likely ways that myeloma kills.

So I spent 7 nights in the haemo ward, on a variety of antivirals and antibiotics as well as a nebuliser to open up my lungs, an oxygen canula up my nose, and all manner of other pills and jabs. They let me out on Saturday. I’m a lot better, though still very neutropenic and anaemic, and I’ve been warned to expect it will take weeks for my lungs to recover.

I think I’d been brewing up my infections for 3 or 4 weeks before I was admitted to the hospital. At the same time I had had some real problems with neuropathy (induced by the chemo), and muscle spasms (which seem to be my body’s panic reaction when things go wrong).

I’m now taking baclofen as an anti-spastic, which has improved my symptoms. But baclofen is a drug with a truly terrifying list of potential side effects of its own. Not least its potential for severe physical addiction, which I will have to attempt to navigate when the right time comes and I want to stop taking it. Medicine is a wonderful thing, but I do hate the fact that whatever befalls me, the answer is always another prescription. The list of things I’ve swallowed or had injected, these last few weeks, is quite staggering.

All in all, it’s been a pretty grim month. As lousy as anything myeloma has ever served up to me. Painful, debilitating, quite scary. And I’ll be keeping a low profile for a while as I (hopefully) recover. I’ve missed at least 3 weeks of chemo, but I should be well enough to start again in another week or so. I can hardly contain my excitement! 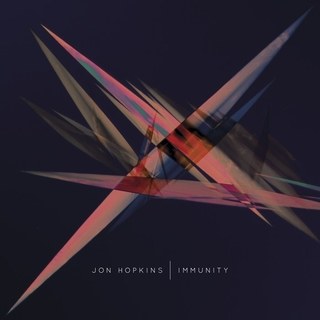