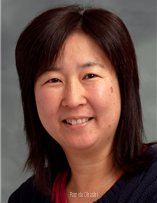 By HAYLEY MICK The Globe and MailTue. Apr 28 – 4:46 AM
TORONTO — Canadian scientists have discovered how to trigger an improved immune response to cancer that — if researchers’ hopes come true — could lead to treatments that use a patient’s own cells to hunt down and destroy tumours.
The findings, published online Sunday in the journal Nature Medicine, demonstrate the exciting potential of immunotherapy in cancer treatment, says principal investigator Pamela Ohashi, a researcher at
Toronto’s Princess Margaret Hospital.
“If we learn to do this right, (cancer) will be just like having symptoms for a cold or flu. It will be allowing the body to attack the tumour, and in that sense, you won’t have to do chemotherapy and all those treatments.”
Ohashi and colleagues from Toronto, Germany and the U. S. combined a vaccine with a naturally occurring substance in the body called interleukin-7 (IL-7), a protein that helps white blood cells ward off disease.
The combination dramatically extended the lives of mice with pancreatic cancer. Those that received treatment for two weeks died in 120 days, compared with the 80-day lifespans of those that did not.
“It essentially bought the mouse what would be the equivalent of years (of time) in humans,” said Tak Mak, a co-author of the study who, with Ohashi, heads the Campbell Family Institute for Breast Cancer Research.
While the vaccine component triggered the immune response, Researchers discovered that IL-7 helped white blood cells work more effectively in killing the tumour. It also broke down several barriers that would normally stop the white blood cells from attacking the body’s own tissue.
“It allowed (the white blood cells) to get to the tumour site and stay there and do their job,” Ohashi said. Since IL-7 operates throughout the body, the treatment could be applied to others cancers, she added.
The promise of using the body’s own defences to fight cancer has intrigued scientists for years.
Not only is the human immune system better equipped to specifically target diseases inside the body, but immunotherapy treatments would also spare cancer patients from the side effects of more traditional therapies that can be invasive, such as surgery, or toxic, such as chemotherapy.
A legion of vaccines are being studied and tested around the world to treat brain, lung, skin, kidney and other cancers — with some success. The HPV vaccine, for example, is now being administered to young girls to prevent cervical cancer.
But most cancers are not caused by viruses, Ohashi said. So researchers are now looking for ways to trigger the immune system to attack cancers after they appear in the body.
One of the reasons IL-7 is generating so much excitement, Mak added, is because it has already been found to be non-toxic in humans. Another naturally occurring immune component called IL-2 can be effective in fighting kidney cancer, he said. But when administered to mice, it’s so toxic that it often kills off the mouse before it eradicates the tumour.
“If we learn to do this right, (cancer) will be like having symptoms for a cold or flu.”
PAMELA OHASHI cancer researcher.
Primary OfficePrincess Margaret Hospital
10th Floor Rm. 1030
620 University AveToronto,
OntarioCanada M5G 2C1
pohashi@uhnres.utoronto.ca
More on Craig Lane…
Good morning..my 1st update in over 2 weeks……..
After 27 days, Craig is OFF the life-support. (the ventilator is still on stand-by) but a little positive news.Now he is getting some oxegen thru his trach. They changed his trach yesterday to a smaller one and the next step is to get it capped. After that he should be able to talk. He is off sedation but still on pain-killers so he still has not opened his eyes and no response when we talk to him. Hopefully that will all change soon. He’s not out of the woods by no means but its looking up. he now has been moved to isolation in the ICU b/c his white blood counts are really low. Its been 4 days since they drained fluid from his belly so that’s good. They drained 16 liters in 2 days earlier this week.

I want to sincerly thank all of you who been so supportive to us at this very stressful time.

May God bless each and everyone of you,

Jean, Austin and all the Lane family….

PS..Craig has said many times since he has been sick that if you don’t have your health, family & friends, you have nothing….and he’s right