Drove on icy, windswept road to Arco (30 miles) to get my blood checked. 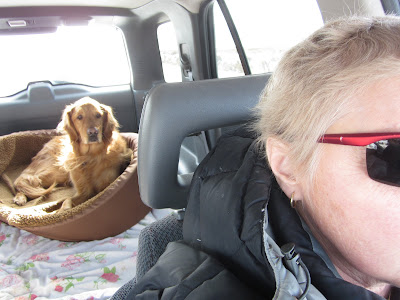 The snowplows were out. 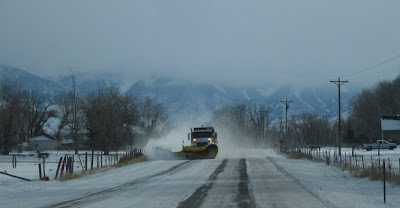 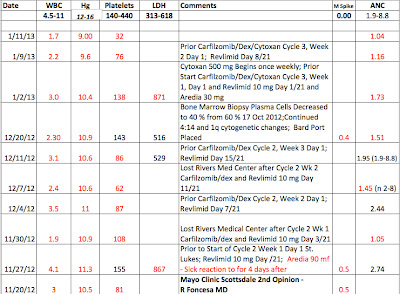 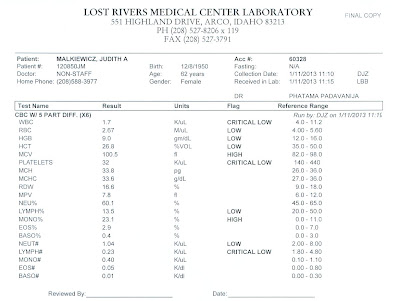 So, this means that I have to stay away from sick folks, wear a mask in public places, and be careful not to bump myself with such low platelets (clotting ability very limited).
As I was driving home, RN Vicki called me from Dr. Padavanija’s office in Twin Falls because Lost Rivers Medical Center Technician Diana called them to let them know the results of my blood draw. I will hold my Fragmin tonight and start back on 1/2 dose, 7,500 units tomorrow. I will have my blood drawn in Arco next Wednesday morning and if my white blood cell count is less than 3.0 and my platelets still low, I won’t go to chemo in Twin Falls – we’ll just HOLD the chem until my bone marrow can respond.
The road home was just as bad as the road there…probably not the best idea for a gal with a platelet count of just 32 to be out driving on….hummm. I only went for the ordered blood draw because I wanted to know if I had enough platelets to get on my 4-wheeler with the snowblade and move some SNOW — but, 32 if probably too low to be bumping around in the snow on the 4-wheeler…so, it is one-with-the-sofa for me for the rest of the day. 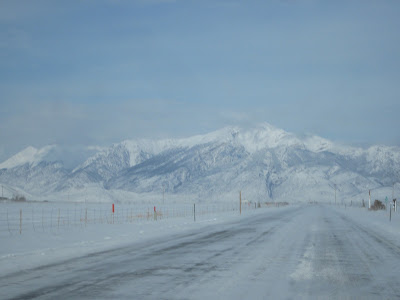 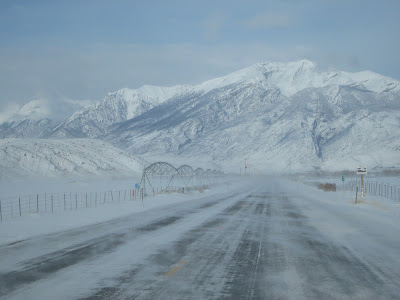 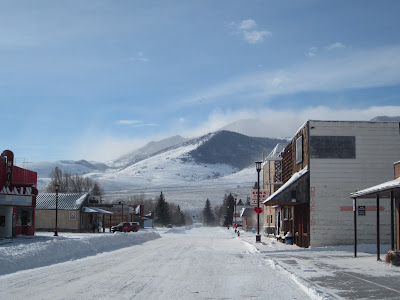 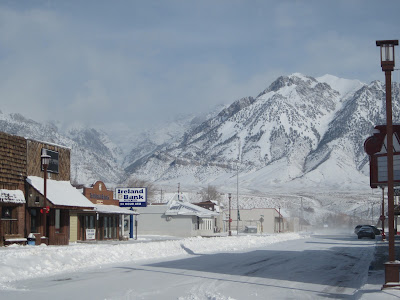