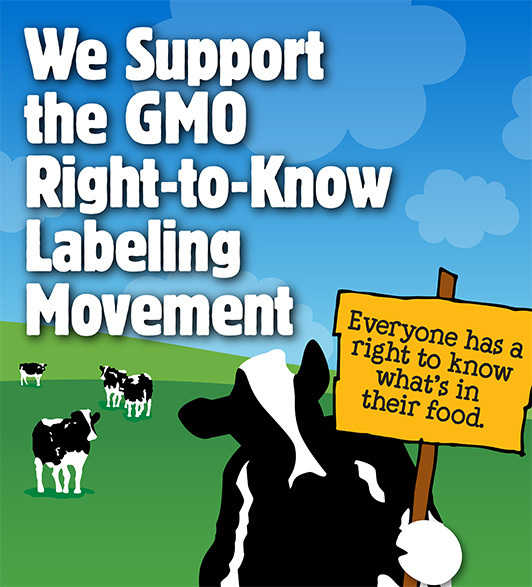 BURLINGTON, VT. — As the campaign to label food products made with GMO ingredients moves across the states, including Vermont, Ben & Jerry’s is proud to stand with the growing consumer movement for transparency and the right to know what’s in our food supply by supporting mandatory GMO labeling legislation.
Ben & Jerry’s has a long history of supporting transparency and a consumer’s right to know. The ice cream maker led the fight that began in 1993 for the right to label its products rBGH free*, and the company has stood firmly in opposition to cloned and GMO animals, including cows and salmon.
“While a single, unified national standard would be preferred over a state by state approach, we believe success at the state level will ultimately lead to a national standard,” said Rob Michalak, the company’s Global Social Mission Director.
For products sold in all markets outside of North America, Ben & Jerry’s ingredients are sourced non-GMO. Currently in North America, 80% of ingredients by volume are sourced non-GMO. The company acknowledges that it still has some difficult work to do, but it plans to complete the transition by the end of 2013.
“All of us at Ben & Jerry’s are proud to stand with the growing movement of citizens, farmers, suppliers, companies, and others, in demanding the right to know what’s in the food we eat,” added Michalak.
LINK
Read more here: http://www.heraldonline.com/2013/01/24/4567268/ben-jerrys-supports-gmo-right.html#storylink=cpy